Mysterious Woodhenge May Have Been a Neolithic Sauna

While archeologists, historians and New Agers continue to argue over the true purpose of Stonehenge in Wiltshire, another heated discussion is steaming up 250 miles away in East Yorkshire, where an extremely rare Woodhenge was discovered -- one that some experts believe it may have once been a Neolithic sauna. Doesn't that sound like a better way to celebrate the Winter Solstice than dancing around the stones on ice?

The woodhenge was discovered at Little Catwick Quarry at Leven, near Beverley a few months ago, but the existence of something under the ground had long been suspected after aerial surveillance showed marks in the crops grown there. Because of the rarity of the woodhenge and the fragility of the wood, lead archaeologist John Tibbles was requested to hand-sieve the dirt … all 95 tons of it. He said the discovery of the Woodhenge was “exceptionally rare” - so rare they were asked to handsieve the contents of the surrounding ditches totaling 95 tonnes – that’s 212,800 pounds by British standards. 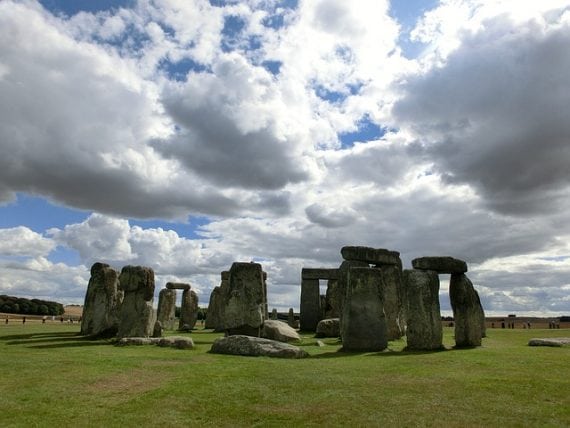 Tribbles actually works for Little Catwick Quarry, the largest privately-owned sand and gravel quarry in Yorkshire, and the sieving was done under the direction of the county archeologist. As he puts it, the area is “absolutely heaving” with everything from Neolithic nabobs prehistoric to Roman ruins. However, the woodhenge was something special. Not only is it only the second known henge in East Yorkshire, it’s likely to have been used for rituals that were different than the ceremonies associated with stone circles and henges. Because of the wood, it’s not surprising to Tribbles that the rituals centered on burning, as he told The Yorkshire Post:

“We found a lot of burnt stones, but they weren’t burned in situ and therefore we think you could have ritual cremation there. It is possible that bodies were brought there to be cremated and then the remains buried elsewhere.”

That sounds pretty traditional, but experts are now considering another purpose for woodhenges … saunas and steam baths. The central pit filled with stones could have been inside a circular wooden structure with a fire outside to heat the stones, seats inside for baking and water to toss on the stones for steam. (Photos of the woodhenge here and here) 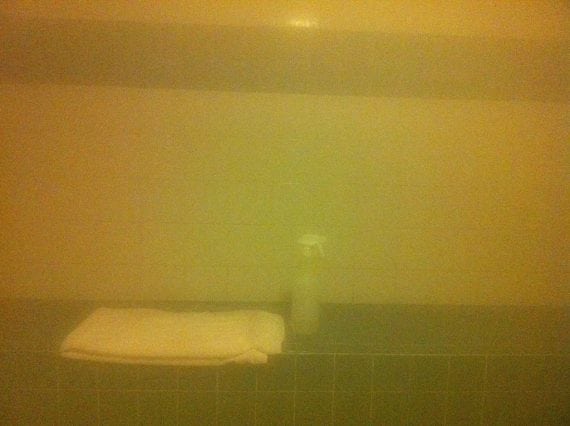 “I’d like to totally dismiss it - but they have had them in Finland for 2000 years and there is Marden Henge.”

That’s the 5,000-year-old henge between Stonehenge and Avebury with a long house in the middle that could have been for burials but may also have been for sweating.

Unfortunately, modern sweating may end the search for Neolithic sweating. The quarry is being extended and the henge will be dug up once it’s artifacts are removed and location recorded.

Would it help if we started calling it Steamhenge?