Return of The Messengers: An Interview with Mike Clelland

Mike Clelland is best known in the UFO research community as “the owl guy.” Since 2009, his popular blog, Hidden Experience, has been documenting numerous otherworldly encounters with owls from individuals from all walks of life. Many of these accounts relate to UFOs, the paranormal, and profound synchronicities.

Over the years, Mike has continued to receive hundreds of “weird owl” stories. It seemed he’d tapped into a wellspring of largely un-reported, un-publicized high-strange experiences linked to these winged nocturnal messengers. What did it all mean? Mike sought to answer this question in depth in what would become his first book on the UFO topic: The Messengers: Owls, Synchronicity, and the UFO Abductee—one of the bestselling UFO titles of 2016.

Now, in 2018, Mike is launching his much-anticipated sequel: Stories from the Messengers: Accounts of Owls, UFOs, and a Deeper Reality (Richard Dolan Press). Boasting a Foreword by Whitley Strieber, Mike’s second owl book is a companion to his first, presenting the reader with a wealth of material, some of which was originally intended to feature in book one, but which would have pushed that manuscript to almost biblical proportions.

Here, Mike talks to me about his new book and alternative approaches to unraveling the UFO mystery…

RG: Why the follow up book about owls, wasn’t 400 pages enough to get your point across in the first book?

MC: The first book meant wrestling with some big ideas, and I used a lot of examples to make my case. Those examples were all stories from people. Some were gleaned from the UFO literature, but most arrived in letters to me. I tried to talk with everyone at length, and what I realized was that there is a grand novel that needs to be written about anyone who has an owl story. There is some weird shit going on and it plays out in these long, twisty-turny narratives. But the first book required that I edit down their stories until they were just a few sentences (or paragraphs). I was forced to do this because it wouldn’t have served the reader and I had to stay focused on owls.

It broke my heart to tell those stories in such a fleeting way. The companion book was my need to tell these stories more completely. It reads like a book of short stories, and I tried to truly look at ALL the details that played a role in the lives of these people. 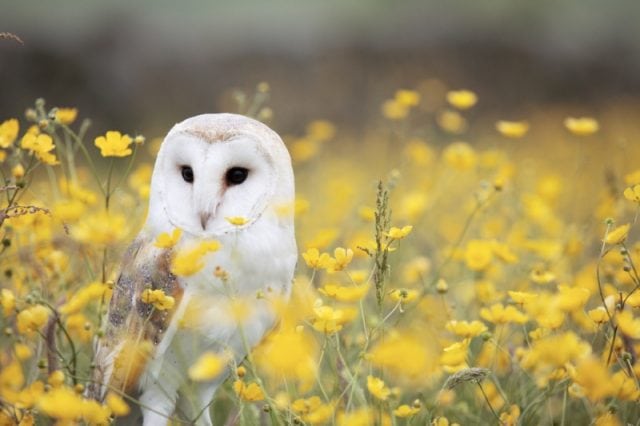 RG: What surprised you in this companion book?

MC: I felt like the first book was my own therapy. I was in a rough place when I started that big project. I was in the throes of trying to make sense of my own experiences, and it felt like I was teetering on the edge of madness. Completing the book was a kind of solace. I was a much calmer person afterwards. I think you can sense that desperate mindset in book one.

Book two was a much different process. I talked at length with people and really worked hard to tell their stories accurately. This meant lots of long conversations on the phone and over email. I saw that same desperate questioning in many of the people in this book, and telling their stories meant wrestling with demons. I understood this battle, and it made the experience of writing very powerful. It also became a sort of “purpose,” and I took this responsibility very seriously.

RG: Did you get any closer to any answer about the meaning of the owls?

MC: No. I’m just as baffled as I was before. I see some patterns more clearly, but I still don’t truly know what it means. The upshot is that after so much scrutiny and analysis, I sound a bit more thoughtful speaking to what owls might mean. This elusiveness meant I had to get a little more mystical in how I framed all this stuff. It was the only way I could address the mystery.

The owl is a symbol. It’s much more than just a bird with big eyes, it represents something in the darkness just beyond what we know in our conscious minds. It’s a red flag forcing us to pay attention, a clue to look deeper. That might seem fluffy or a cop out, but after talking with so many experiencers, it rings true. 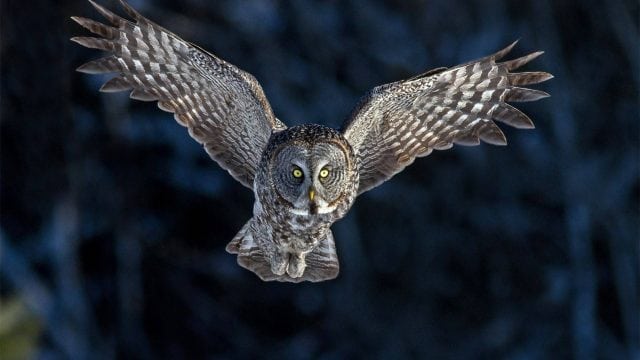 RG: Is it required that someone read both books, and to read them in order?

MC: No, both books stand alone, and any first-time reader should be able to follow the ideas without having read the other one. The stories in the second book are all pretty weird. They are in the first book too, but the point of these stories is to allow them to be told completely. I needed to show that there is a sort of chaos to these experiences, and this is something I know from my own life.

It’s a mistake to dismiss a story with this kind of disorder. Instead, the more complicated the interwoven details, the more valid it seems. This chaos is a sign to trust the event as legitimate. I’ve described this frenetic pattern as the paradox syndrome. Too much, too messy and too confusing. I don’t understand the why or how, but all the disparate threads must tie into some core source. The challenge is how to follow those threads without getting lost in the mayhem.

I wanted to explore this mayhem. What I came away with was a much deeper idea about reality itself. I mean, something very strange is going on. It sure seems like there is an influence that is outside the bonds of our consensus reality, and it’s interacting with real people in a way that leaves me in awe. 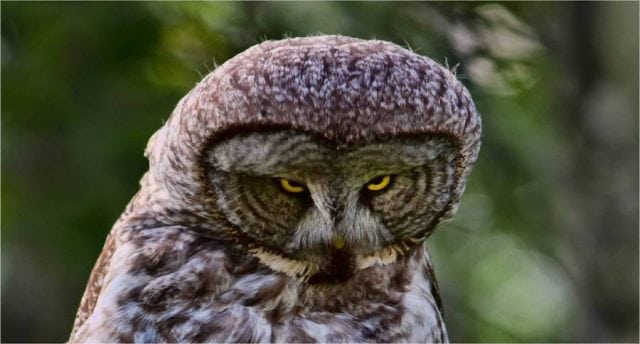 RG: For many people, owls and UFOs might seem like chalk and cheese. To this day, many in the UFO research community are incredulous at the apparent connection between the two. How then do you account for the popularity of your first owl book?

MC: First off, it’s hard to call most UFO books popular. Yes, it’s sold pretty well given the tiny niche market, and that’s been gratifying. I think part of the success has been that I already had a following of readers from my blog, and that certainly helped.

I feel it has been well received by the UFO community. Perhaps there are diehard materialists that shun it, but I didn’t write it for them, I wrote it for myself. I have given talks at conferences and afterwards people have come up to me and said something like this, “I saw your talk was about owls and didn’t have any idea what it was about, I was going to skip it but I was curious. I found your presentation very interesting, I had no idea about the connection.” I realize this owl stuff must seem strange to some folks, but I’ve worked hard to make my point in a way that comes across as compelling.

RG: How many owl-UFO accounts have you gathered over the years, and which among them do you find the most striking? Can you give us a couple of (short) examples?

MC: Oh my God, there is no way I can put a number on it. All I can say is, a lot, enough to convince me there is a connection. It all gets elusive when you dig deeper. It’s as if the script writers of reality have offered up little clues, where owls and UFOs blur together into a kind of mystical fog.

Here is an example; it comes from a guy who is a UFO experiencer. He was reading my book, and just as he got to the final pages he thought, “I would love to see an owl.” He was scanning the night sky hoping to see an owl, when he saw strange light instead. It would be perfect if he saw a metal flying saucer, but what he described was “like a tear in the sky... like if you had a dark piece of fabric with a tear in it with a bright flash light behind it.”

He asked to see an owl, but saw something else entirely.

RG: What do you hope readers will take away from your new book?

MC: People are having powerful experiences, and it can be a struggle. These are stories of real people who’ve been confronted with something confusing. My premise was shaped during the writing process. I sense that these are the same kinds of stories that people have had all throughout human history. At one point we had an out let for these experiences, they were expressed in mythology and folklore. Our legends are full of powerful stories of both owls and visitors from the sky. I argue that this is still happening today, right now, but we live in a world without mythology. This book is my attempt to allow these ever-present stories to be told, and that they reflect back to something ancient in the human experience.

RG: Your approach to unraveling the UFO riddle seems highly individualized and introspective, more mystical and shamanic than scientific or political. What are your thoughts on this?

MC: I had a friend contact me about my owl and UFO research, he was obviously annoyed at how I was addressing this work, and he said, “You’re not being scientific.” I replied, “What do I care, I’m not a scientist.”

I entered this arena unwillingly. It was my own owl and UFO experiences that forced me to look at these issues. There was no way I could be detached and objective, so these books are an outcome of my own inward journey. I am selfish, I needed to find my own answers.

There comes a point in all this where the logical thinker is going to hit a brick wall. The experiences simply aren’t logical, so you end up with a dilemma. I’ve found, for myself, I want to climb over that wall and see what is on the other side, and that means abandoning logic. Or, maybe it is better to say being content with an illogical data set. I needed to take off my UFO investigator hat and put on my shaman hat. I was getting nowhere asking questions like “how big was the craft, and what time did you see it?” Yet I was stunned by the answers when I asked, “What was happening in your life leading up to your sighting, and what changed afterwards?” People would describe what can only be called a spiritual awakening.

At this point I’m more of a folklorist than a UFO researcher. I sort of feel like Woodie Guthrie. He would talk to hobos in train yards and then write a song to try to express what he had absorbed. I guess I’m doing the same thing, I listen to people’s owl stories and then write books.

Stories from the Messengers: Accounts of Owls, UFOs, and a Deeper Reality (Richard Dolan Press) is due for publication in 2018. For more of Mike Clelland's research, visit his blog, Hidden Experience.

Holy Ghostbuster Passes Away at 99