With the announcement of a successful monkey cloning experiment in China, it seems only natural that one of the most controversial and hotly contested past simian stories has risen again. We’re talking, of course, about the humanzee – the living offspring of some sort of human-chimpanzee sperm-egg union. Renowned biopsychologist Gordon G. Gallup announced in an interview this week that such a union was successful in the 1930s, conducted by a university professor of his whose word he respected and believed. Does he have any more evidence than that?

“All of the available evidence both fossil, paleontological and biochemical, including DNA itself, suggests that humans can also breed with gorillas and orangutans. Humans and all three of the great apes species are all descended from a single common ape-like ancestry.”

OK, so we know where Gallup stands. This is not surprising since the 74-year-old researcher coined the phrase “humanzee” and is currently pushing “hurilla” and “hurang” for human-gorilla and human-orangutan hybrids. Gallup isn’t implying in a recent interview with The Sun that he or anyone else has created these hybrids – just that it’s possible and he wants the rights to the names. His real research is in the area of proving animal self-awareness. In 1970, he developed the mirror self-recognition test (MSR) where an animal’s body is secretly marked and then it’s placed in front of a mirror to see if it spots the mark. So far, only great apes, one Asiatic elephant, dolphins, orcas, and the Eurasian magpie have passed the MSR test. 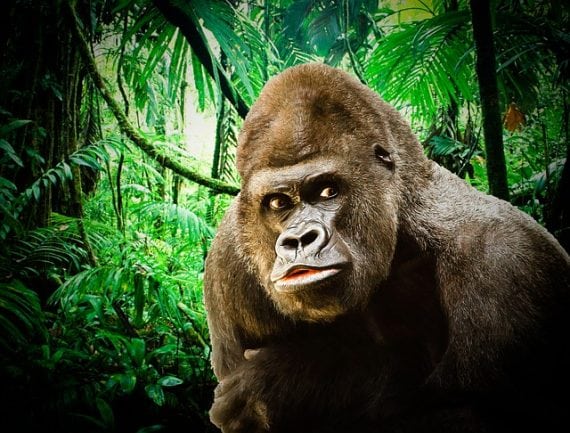 Yeah, yeah, yeah … what about the humanzee?

In the interview, Gallup makes this startling and previously unknown revelation:

“One of the most interesting cases involved an attempt which was made back in the 1920s in what was the first primate research center established in the US in Orange Park, Florida. They inseminated a female chimpanzee with human semen from an undisclosed donor and claimed not only that pregnancy occurred but the pregnancy went full term and resulted in a live birth. But in the matter of days, or a few weeks, they began to consider the moral and ethical considerations and the infant was euthanized.”

That’s quite a claim. Unfortunately, Gallup does not reveal any names of the participants in the experiment at the Yerkes National Primate Research Center, which was founded in Florida in 1930 by primatologist and comparative psychologist Robert Yerkes before moving to Emory University in 1965. That at least gives a timeframe. Gallup received his degrees from Washington State University -- BS in psychology in 1963, MS in 1966 and Ph.D. in Experimental Psychology in 1968, which is when he would have been in contact with the unnamed professor. 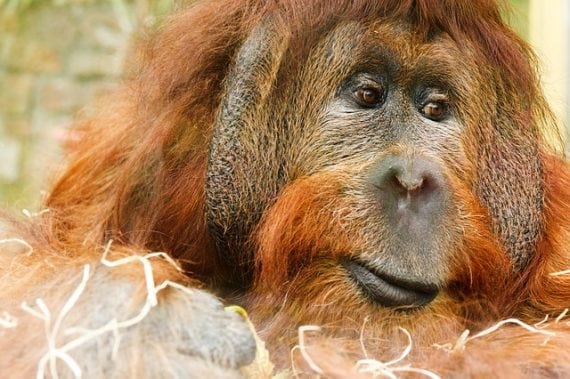 “He told me the rumor was true. And he was a credible scientist in his own right.”

So is Gallup, despite his reluctance to give the identity of the professor or more info on the experiment. While he believes that Oliver, the so-called human-chimp hybrid of the 1970s, was proven to be all chimp and that Ilya Ivanovich Ivanov, a Russian biologist and artificial insemination pioneer, never created the human-chimp hybrid he claimed in the 1920s as part of project to create super-soldiers (there’s always a military angle), Gallup is a researcher in “semen chemistry and behavior, sperm competition, and semen displacement. While he's already given them names – humanzees, hurillas and hurangs -- and seems confident the human semen-chimp egg connection can be made, does he believe we'll see them?

“But whether the cost would justify the benefit is the other question in this equation.”