As a follow-on to my recent article titled "Invisible Sailors and a Bar-Room Brawl," I thought I would share with you a few more examples of the "here one second, gone the next second"-kind. Popular Mechanics ran a feature in its May 1934 issue with a very eye-catching title: "Photographs Show a Man Becoming Invisible." It states: "After years of research, a young British inventor claims to have produced an apparatus which can render a man invisible although he still stands before you in the flesh. Operation of the device, which is being used for exhibition purposes, is a closely guarded secret but the man who is to disappear is clothed in what is described as an 'electro-helmet' and a spectral mantle."

The story continues: "In this garb he looks like a deep-sea diver as he stands in a cabinet, open at the front, on a brilliantly lighted stage. With both hands he touches contact gloves above his head and an electric current is switched on. As the current becomes stronger, it is claimed that the man seems to become transparent, then gradually vanishes, the feet disappearing first, followed by the rest of the body, and finally the head." 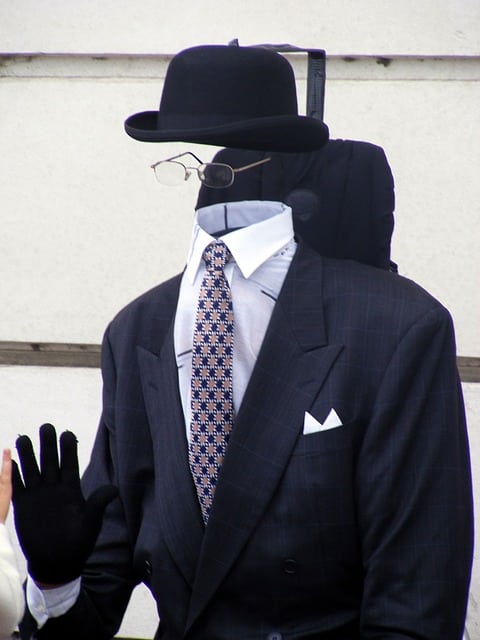 And similar accounts abound. In the 1940s and 1950s, the U.K.'s BBC broadcast a radio series called Brains Trust. The December 21, 1943 show highlighted a conversation between the English philosopher C.E.M. Joad, the writer Rupert T. Gould, and a navy official, one A.B. Campbell. The latter related the story of a sailor who was allegedly seen walking through a ship’s bulkhead, before – quite literally – vanishing. Interestingly, Campbell’s revelations surfaced less than two months after the alleged date of the notorious Philadelphia Experiment. And, of course, long before the claims of Carlos Allende, who - skeptics say - created the story of the vanishing ship in single-handed fashion.

In 1979 Bill Moore and Charles Berlitz wrote their book on the subject. Its title: The Philadelphia Experiment. It's far less known that Moore wrote and published a very good follow-up to the book. It was a booklet published in 1984 and titled The Philadelphia Experiment: Update. If you are interested in the saga of the ship that allegedly vanished from the Philadelphia Naval Shipyard in 1943, then you really should seek out a copy of Moore's report, as it's filled with fascinating accounts. For example, Moore highlights the testimony of one Harry Euton, who was reportedly involved in a top secret Second World War-era experiment to test a new concept of camouflage for ships against enemy radar.

More stated: "Euton went on to relate that during the experiment something went wrong and the ship literally 'vanished' from the second anti-aircraft mount to the rear of the vessel. Suddenly the ship had no bottom and no stern. Euton described himself as standing, but with nothing beneath him to stand on. Several other people who had been near him at the time simply vanished with the ship. Other people forward of him were visible, but they did not look like they did normally." 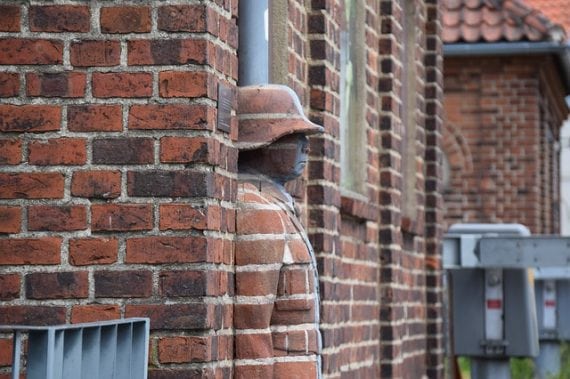 And on a totally different topic, the website Native Languages notes: "The Bigfoot figure is common to the folklore of most Northwest Native American tribes. Native American Bigfoot legends usually describe the creatures as around 6-9 feet tall, very strong, hairy, uncivilized, and often foul-smelling, usually living in the woods and often foraging at night...In some Native stories, Bigfoot may have minor supernatural powers - the ability to turn invisible, for example - but they are always considered physical creatures of the forest, not spirits or ghosts."

On a similar path, Soul Guidance offers that Bigfoot is "...able to shift the frequency of their physical body, by which it phases out of this physical dimension, and thus enters another dimensional world that lies behind this one...Bigfoot can also shift partially, so they become invisible but are still partially in this physically world. In this partial state, they can follow someone around, invisibly, and their movements can be heard and seen. In this partial state, they can walk through walls; and they can sometimes be seen as being transparent, or just the outline of their body."