England’s famous London Underground rail-system serves Greater London and parts of the counties of Essex, Hertfordshire and Buckinghamshire. It’s also the world’s oldest underground network of its type: services began on January 10, 1863 on the Metropolitan Railway; and today, the London Underground has no less than 268 stations and approximately 250 miles of track, making it the longest sub-surface railway in the world. In addition, in 2007, over one billion passengers were recorded as having used the Underground since its creation. According to some, however, the London Underground is home to much more than just tracks, trains and commuters: deep within the maze of dark and old tunnels, distinctly strange things are said to lurk.

There are tales of so-called "Alien Big Cats" roaming the depths of the Underground. Rumors suggest that the remains of alien bodies - supposedly retrieved from a UFO crash in the north of England in the latter stages of the Second World war - are preserved in "a secret room," hundreds of feet below the surface of the city. And there are bizarre tales of alleged cannibalistic people who are said to live deep below London, feeding and feasting on those unlucky enough to be in the wrong place at the wrong time. Of course, all of these stories are completely lacking in any kind of hard evidence whatsoever. But, that doesn't prevent them from spreading - and, in the process, seen by many as utterly real. 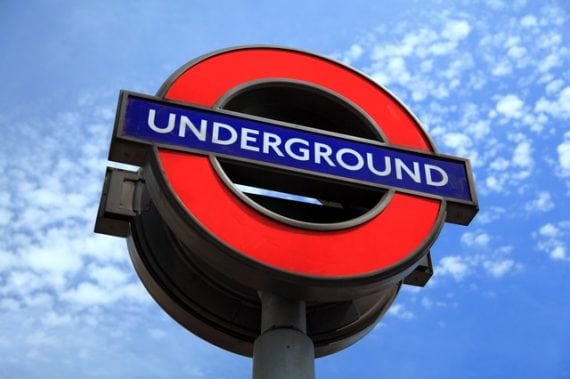 And then there is the matter of a now-closed-down station on the London Underground: British Museum Station, which was shut down on September 25, 1933. For many years prior to its closure, however, a local myth circulated to the effect that the ghost of an ancient Egyptian haunted the station. Dressed in a loincloth and headdress, the figure would emerge late at night into the labyrinth of old tunnels. Indeed, the rumor grew so strong that a London newspaper even offered a reward to anyone who would spend the night there. Not a single soul took the newspaper up on its generous offer.

The story took a far stranger turn after the station was closed, however. The comedy-thriller movie, Bulldog Jack, which was released in 1935, included in its story a secret tunnel that ran from the station to the Egyptian Room at the British Museum. The station in the film is known as Bloomsbury, and was a stage set; however, the scenario presented in the film was based on the story of the ghost of British Museum Station.

Oddly enough, on the exact same night that the movie was released, two women were said to have disappeared from the platform at Holborn – which happened to be the next station along from the British Museum. Strange marks were allegedly found on the walls of the closed station, and more sightings of the ghost were reported, along with weird moaning noises coming from behind the walls of the tunnels. London Underground officials repeatedly played down the story, and there has always been a blanket denial on the existence of a tunnel from the station to the museum’s Egyptian Room. Nevertheless, the story was resurrected in Keith Lowe’s novel, Tunnel Vision, in which the lead character states, while trying to both impress and scare his girlfriend: “If you listen carefully when you’re standing at the platform at Holborn, sometimes – just sometimes – you can hear the wailing of Egyptian voices floating down the tunnel towards you.” 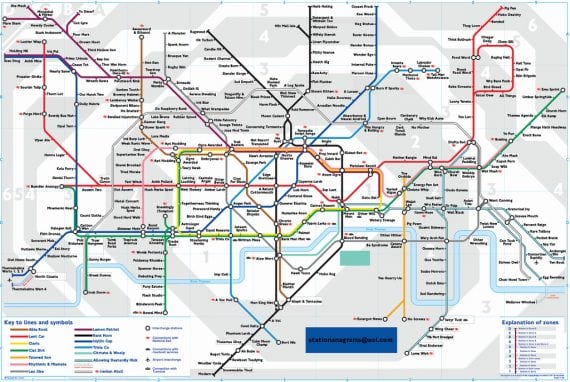 British Museum Station is also said to be home to a ghostly figure that roams the tunnels dressed in a large coat, tall hat, and gloves. Supposedly, the ghost is that of one William Terriss, an actor who was stabbed to death near the Adelphi Theater in December 1897.

To what extent there is any truth to the strange tales of the London Underground is anyone's guess. All we can say for sure is that the legends exist and continue to circulate. As such tales so often do when it comes to the matter of what we might call "subterranean secrets." Dead aliens below Ohio's Wright-Patterson Air Force Base, alligators in the sewers of New York, and...well...the list goes on and on.

SpaceX is Cozying Up to the Military-Industrial Complex in 2018