“The Wolfen” and the Dogman Phenomenon

A couple of nights ago I finished reading Whitley Strieber's 1978 book The Wolfen, which just happened to be Strieber's very first novel. I first read it when I was a kid. It's an absorbing, entertaining and atmospheric novel which was turned into a movie in 1981 starring Albert Finney, Diane Venora and Gregory Hines. The back-cover text to the edition I have reads as follows, and which will give you a good taste of the flavor of the story: "They can stare into our souls. They know the color of our fear, the hidden weaknesses of our bodies. In the darkness they can see where we are blind. They can tear the scream from your throat." 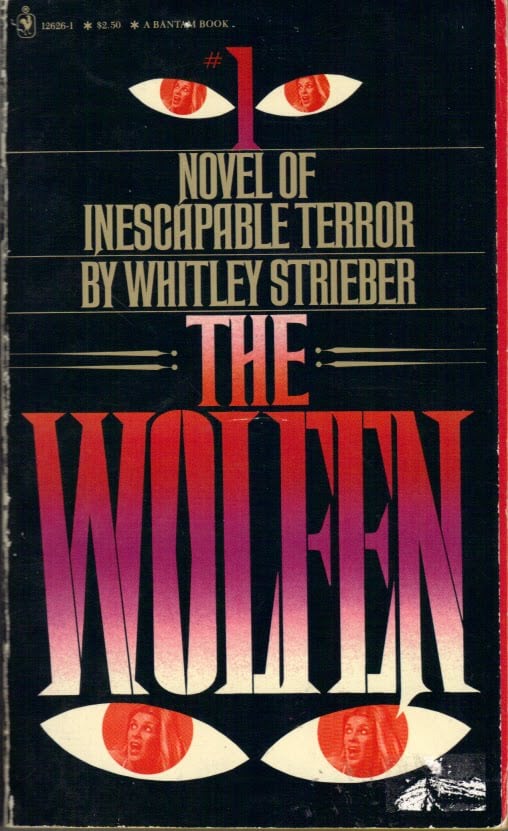 Without giving away too much of the story, I'll tell you that it's set in New York, with the two main characters being detectives Becky Neff and George Wilson of the NYPD. When a couple of police-officers are brutally murdered, their bodies torn to pieces and even partially eaten, the pair is tasked with investigating the gruesome affair. It turns out that the attackers are not just dangerous and deadly. They are not even human. In fact, they are the likes of which most people have never, ever seen.

As the story progresses (and, again, while still trying not to give away too much, in case you want to read the book or watch the movie) we learn that the killings are the work of highly intelligent, powerful, ruthless killers that will do all they can to survive and thrive, and to ensure that humankind does not find out about them. Further down the line, it becomes clear to the pair (with help from Dr. Carl Ferguson, of the Museum of National History) that the creatures are responsible for our legends and folklore concerning werewolves. But, in the real world shape-shifting, silver bullets and a full Moon are not parts of the equation. It's much worse than that. 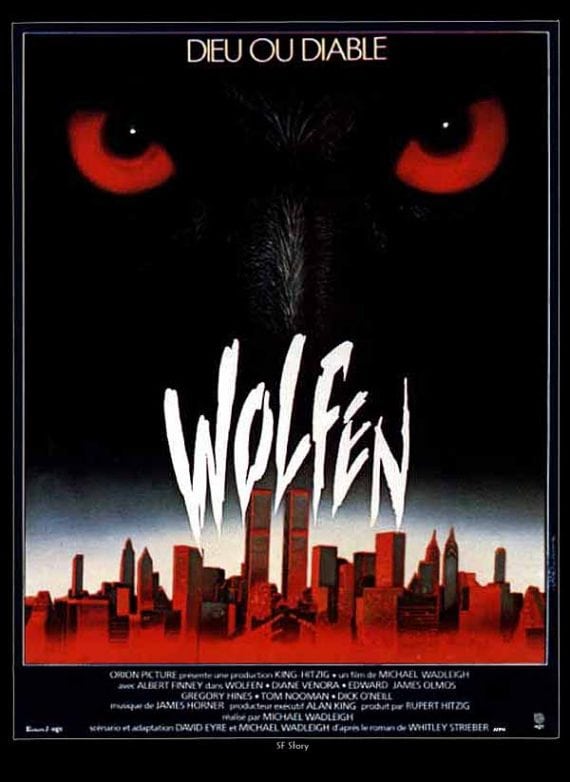 The Wolfen are extremely skilled at avoiding the human race, preying on the homeless and those who will never be missed. And they have done a very good job of being perceived as nothing than the stuff of fantasy and folk-tales. Until now, that is. For those who are now feeling like digging into the story, I will say no more at all. Except to add that you won't be disappointed. All of which brings me to the matter of the Dogman phenomenon which, in the last couple of decades, has become a more and more visible phenomenon in the fields of Cryptozoology and Forteana.

On reading The Wolfen again, I began to ponder on the issue of the Dogman, and of the numerous sightings and encounters which have been explored deeply in the pages of many of Linda Godfrey's books. For all intents and purposes, the Dogman is described as a wolf-like animal which can allegedly stand, walk and run on both two-legs and four. But, those aforementioned shape-shifting abilities, full Moon, and silver-bullets play no role in the matter whatsoever.

In light of all this, I wonder if Strieber - in writing his novel - unknowingly told in fiction the story of creatures that just might exist in the real world? Like the Wolfen themselves, the Dogmen are not classic body-morphing werewolves of fantasy. But, also like the Wolfen of the fictional world, perhaps the Dogmen too have played some sort of role in the development of the werewolf mythology and folklore. Controversial and wild? Well, hell, yes! But, imagine the scenario of highly intelligent animals, perhaps off-shoots of the wolf, but which are far more evolved, and which - as with the Wolfen - are largely dismissed by most people. To partially quote Mark Twain, "Truth is stranger than fiction..." Maybe in this case, though, truth and fiction are one and the same. In a very strange and sinister way, of course.