A common lament heard increasingly often these days is, “There’s just not enough good men around anymore.” While some women (and men) seeking partners have resorted to looking in other countries, others have broadened their search to devices (like this woman who dates robots and games), extraterrestrials (like this man who lost his virginity to an alien) and spirits (like this woman who claims she’s had sex with 20 ghosts). The next step in this progression is marriage, so it should shock no one that a woman in Ireland married a ghost -- legally. What’s shocking is that the ghost she chose over even the worst men in the dating pool is the spirit of an 18th century pirate. Did she try match.com?

Is this as strange as it gets or does the story get more bizarre? What do you think? Amanda Teague, the 45-year-old ghost’s bride from Downpatrick, Northern Ireland, is a female Jack Sparrow impersonator – yes, THAT Jack Sparrow. And yes, it’s a real job and a good one at that – there are imitators around the world performing at pirate-themed events or just on the street. None of them may take being Jack Sparrow as seriously as Amanda. In 2015, she had a dentist give her gold teeth, got tattoos to match Jack’s and had her name legally changed to Sparrow – she became Amanda Sparrow Large Teague. 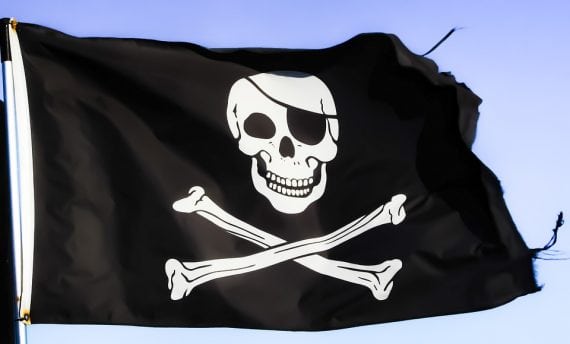 In publicizing her new book (we’ll get to that in a minute), Teague reveals she began to feel a strange energy trying to make contact with her and determined it was the spirit of a Haitian pirate from the 1700s, coincidentally named Jack, who was executed for his crimes and, despite that Disney story about the character being based on cartoon character Pepe Le Pew and real-life character Keith Richards, was the real inspiration for Jack Sparrow.

Amanda says she and the ghost dated but, possibly as an example to the five kids she had with her ex-husband, wanted a legal marriage before having sex. So, in July 2016, Amanda, her friends and family including four of the kids, and a local legal registrar, sailed a boat 12 miles off the coast of Belfast to international waters where, with her ghostly groom represented by a candle and spoken for (the “I do” part) by a medium, were legally married. (Wedding pictures here)

While the ceremony took place in 2016, the story has been making the rounds this week, possibly because the new Mrs. Amanda Sparrow Large Teague decided to tell her romantic tale in a new based-on-a-true-story novelization called A Life You Will Remember.

“It is well known that people often feel a spirit touch their hands, their face or their hair. The only difference with having a sexual relationship with a spirit is obviously that sense of touch goes a lot deeper. You can feel the weight of the spirit, their touch, the pressure. You can literally feel the physical act of what the spirit is doing to you, and the spirit can feel it too.” 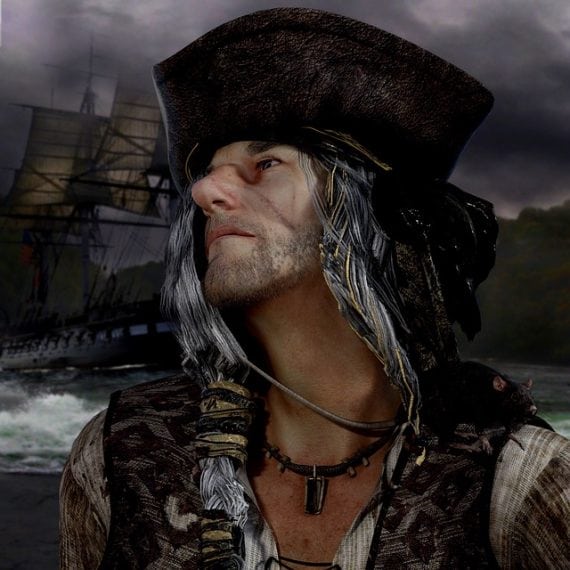 That sounds hot, but Amanda says their life is just like any other married couple. They buy each other birthday and Christmas presents (Jack communicates with one of her daughters via dreams) and bought a house together. No word on what they watch when they Netflix and chill – they’ve probably seen all of Johnny Depp’s movies.

What do you think of Mrs. Amanda Sparrow Large Teague and her ghostly marriage? Odd? Yes. Legal? Probably. Romantic? Kind of. The strangest thing you’ve heard in the past year? Not by a long shot.