The shark tracking organization OCEARCH is warning residents living near the Everglades National Park and Everglades City to be on the lookout for a great white shark it has been tracking since it was tagged in October 2016 off the coast of Massachusetts. To alleviate fears of great whites (fat chance of that happening in the Everglades), OCEARCH named this particular great white George.

Since being tagged and measured (weight: 700 pounds; length: 10 feet; photos here), George has over 4,500 miles (7242 km) along the Atlantic coast, north to Nova Scotia and south to Florida, where it recently made the turn into the Gulf of Mexico and the waters near the Everglades. Anyone can track George’s whereabouts using the OCEARCH website, which picks up his pings every time his dorsal fin is above the surface.

What amateurs can’t do is figure out George’s size, but OCEARCH chief science adviser Bob Hueter said in an interview that he’s probably at 1000 pounds of great white shark flesh by now. All of that new weight came from eating fish in the Atlantic – George was tracked up and down the coast and very close to the shorelines where male great whites like to hang out and feed. 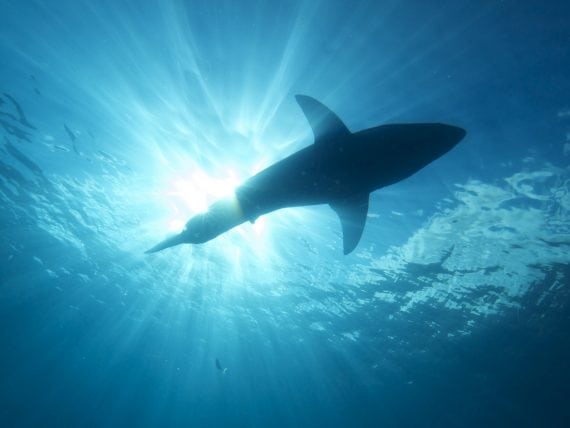 So, why is George in the Everglades, or at least very close to them? Here’s a hint … OCEARCH has been tracking another great white that entered the Gulf waters off the Everglades coast just a few days before George and HER name is Savannah. The 8-foot-6-inch, 460-pound immature female shark made the turn into the Gulf on January 21st. Is that what George is after? A romantic shark-to-shark to shark interlude on Valentine’s Day? A feast on a drunken reveler who fell into the water during Mardi Gras? (Watch out for the beads, George!)

A better guess is that the Gulf of Mexico and its keepers (that’s us and especially offshore oil drillers and shipping companies) have cleaned up our acts and our oil slicks (at least a little) and made the water more amenable to great whites. These rare sightings have increased during past winters when even cold-blooded sharks yearn for a little warmth. The good news is, there’s still not enough fish along the Gulf shores to attract the great whites close enough to endanger them from encounters with panicky human swimmers, surfers and fisherpeople. 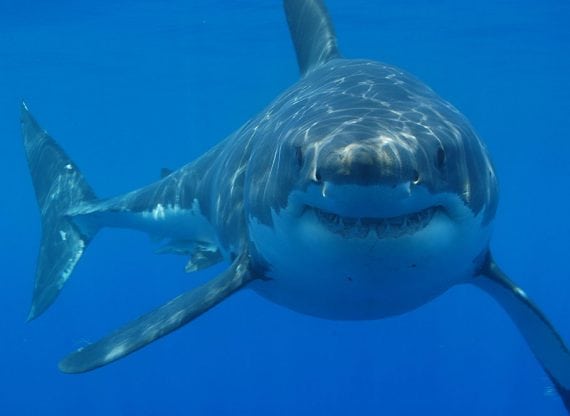 If you see George the great white shark in the Everglades, the Gulf of Mexico or just hanging around your favorite Atlantic coast pier, give him a wave and mark your calendar because you’ve had an experience most humans will never have the opportunity and privilege to enjoy.

Ford Filed a Patent for an Autonomous ‘Robocop’ Police Vehicle