In the first weeks of 2018, there was small talk appearing online of some big news out of the northwest: specifically, reports of a massive bird seen in the vicinity of Juneau, Alaska.

The initial report involved an incident that occurred on January 16, which appeared on the Facebook page of the Juneau Community Collective. The witness, Tabitha Bauer, described seeing the large bird as she approached a movie theater in her community:

“I was just driving by the movie theater in the Valley and there was a huge black bird flying above the road. The wingspan had to be at-least 20 feet, it was almost as wide as the road. I have lived here all my life and have never seen anything like that, it freaked me out. It was not a raven or an eagle. This isn’t a joke. This thing was HUGE, almost the size of a small airplane. Did anyone else see it?”

Bauer later told the Juneau Empire she that there had been raindrops on her windshield, and that as she turned on the wipers she noticed the large bird above her car, judging that the wingspan was roughly that of the highway. Slowing down to observe the animal, she judged that it was flying in the direction of the nearby Mendenhall glacier and that it was "the biggest thing I’ve ever seen in my life. It was very concerning. I’ve never seen anything like that.” The incident occurred just before sunset, at around 4 PM local time.

“I know it sounds nuts,” Bauer told the Empire. “I’ve been getting a lot of crap on Facebook about it like I am crazy — but I wanted to post it in case anyone else had seen it.” 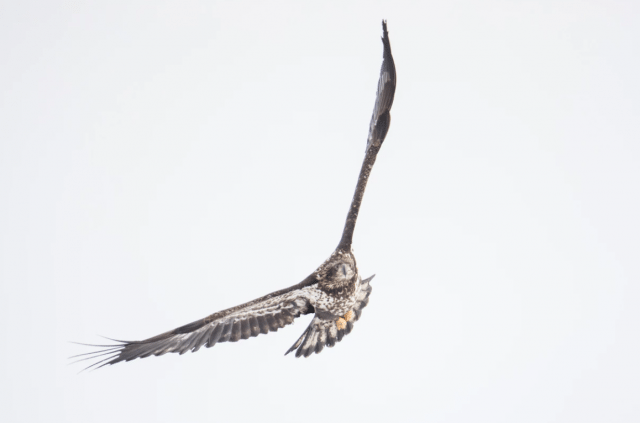 Other witnesses in the region described their encounters with the large bird, some of them dating back several years. However, this isn't the first time Alaska's "Thunderbird" made headlines by any means. Back in October 2012, residents of the Alaskan towns of Togiak and Manokotak were reporting sightings of a bird said to be "the size of a small otter plane." Witnesses judged that it had a 14-foot wingspan, and was not the kind of bird you want flying around if you have small children outdoors.

John Bouker, a pilot who had been skeptical of the reports, eventually saw the massive bird himself. "The [other] people in the plane saw him," he told the Anchorage Daily News. “[The bird is] huge, he’s huge, he’s really, really big. You wouldn’t want to have your children out.”

This obvious concern about children being easily snatched by a bird this large was expressed by many who claimed to see the creature, and perhaps it is not without merit. A famous incident involving a similar report of a large bird occurred on July 25, 1977, which involved a 1--year-old boy named Marlon Lowe. He and several other children were playing outside that evening in an open area near Kickapoo Creek near Lawndale, Illinois when Lowe was allegedly lifted off the ground by a massive bird. Carrying the child for several feet, Lowe's mother observed the attempted abduction and ran screaming toward the child, who was then dropped. According to the Lowe family, there had been two of the massive birds seen at the time of the incident.

Jerry D. Coleman had been the first investigator on the scene of the incident, and over the years since, his brother, cryptozoologist Loren Coleman, has chronicled this, and other similar reports of Thunderbirds. Writing about the recent Alaskan incidents at his Cryptozoo News blog, Loren gave some historical context for the recent sightings near Juneau:

"The late cryptozoologist Mark A. Hall documented in his book Thunderbirds: America’s Living Legends of Giant Birds (2004) that ethnographic and anthropological investigations published in 1870, 1874, 1881, and 1904 told of Thunderbird reports in Alaska. The accounts were from the Tlingit in the Alaskan panhandle and at Sitka, near Mount Edgecumbe, at the glacier near Katalla, from the Diomede Islands, near a mountain near Sabotnisky (present-day Fortuna Ledge), and around Kotzebue Sound, Alaska."

In other words, there is quite a history of such reports in Alaska, as well as an existing basis in folklore among Native American traditions (and much the same can be said of the American Sasquatch).

U.S Fish and Wildlife biologist Steve Lewis suggested that the bird witnessed by Tabitha Bauer was most likely a bald eagle, although the Stellar's eagle cannot be ruled out either, as this species is known to exist in nearby parts of Alaska as well. 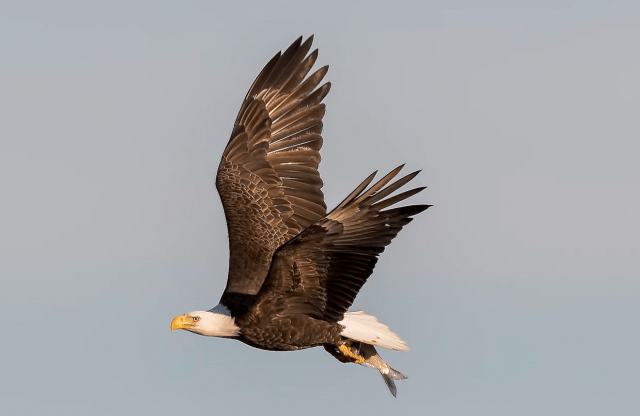 As far as any species of bird that might be a better fit for the massive size of that reported by Bauer and others in Alaska over the years, wandering albatross, whose wingspan can reach up to around 11 feet, might be a candidate. However, this variety of bird is not known to exist in Alaska, but rather, resides in an area specific to the circumpolar southern oceans. Looking further back, the Pelagornis sandersi, an ancient bird with a wingspan of as much as 24 feet, might be a better candidate, if not for the fact that it hasn't existed since the Oligocene. Also, based on the sole set of remains for this ancient avian species, it was not a species of raptor, as the bird in Alaska is purported to most closely resemble.

An interesting point I've often tried to raise in relation to sightings of large creatures in the Pacific Northwest and Alaska is that, while the assertion that "giant" instances of various animals may seem like a sensational trope in American folklore (and especially in cryptozoology), it is actually a common feature in relation to animals in this region, too. Along with the aforementioned Stellar’s eagle, larger instances of fauna in the region range from the Alaska moose (Alces alces gigas), which is recognized as the largest subspecies of moose in North America, to the polar bear (Ursus maritimus) and the kodiak bear (Ursus arctos middendorffi), each of which rank among the largest ursine species on the planet.

With the prevalence of environmental factors (such as a cold, moist climate) that contribute to the appearance of larger animals, one presumption in relation to reports of "Thunderbirds" could be that if such a species were going to be found anywhere in the world, then the Pacific Northwest and Alaska are among the most likely locations it will be found.

Along these same lines of reasoning, we find similar instances of larger species variation among other creatures in the region, right down to the northwestern giant salamanders, which Darren Naish discussed a while ago on his blog at Scientific American. And let us not forget, of course, the modern reports, and existing indigenous folklore, concerning the region's most famous cryptid: Bigfoot. Here again, in the body of literature purporting to constitute evidence of the American Sasquatch, we find a regional variant of what may be a human cousin which also possesses larger physical characteristics than modern humans do.

Thus, it is a bit curious that the size of these alleged "monsters"--whether we're discussing Thunderbirds or Bigfoot--is so often used in the arguments against their existence. And yet, no comparisons are made to the similar largeness of known animal species in the same regions. While it is true that a larger body will require more food (and that, at times, such sources of sustenance can be scarce in the Pacific Northwest), plenty of other creatures are able to thrive here. As Dr. Ian Malcom famously said in Jurassic Park, "life finds a way." 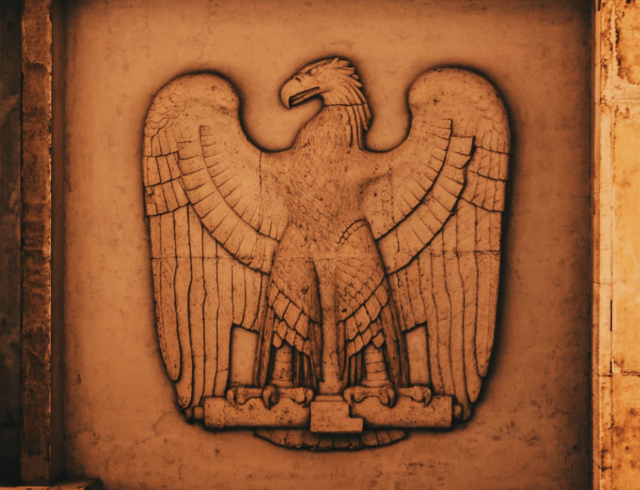 So maybe we shouldn't close the book entirely on such "monsters"... yet, at least. We might do well to stop calling them monsters, though, and recognize that while they may seem larger than life, descriptions of them bear similarities to things we find in the fossil record; there are also similarities in terms of their reported size, and that of other members of mammalian families in areas where they are seen. Finally, many creatures like the Thunderbird have a prevalence in American folklore as well, unlike modern fantasies like "Slenderman," "Goat Man," "Chicken Man," and other obvious urban legends that are often passed off as cryptozoology.

We don't need to be so open-minded that our brains fall out of our heads, in other words, but perhaps there is a case to be made for the existence of certain creatures in the cavalcade of modern cryptozoological lore. If the reports of these large birds in Alaska are any indication of what might be out there, then there may yet be a few exciting, and big discoveries on the horizons of modern biology yet to come.