Archeologists May Have Proof of Existence of Biblical Isaiah

Finding the Arks of Noah and the Covenant are still on many bucket lists but you may soon be able to cross off “evidence of the existence of Isaiah.”

“We appear to have discovered a seal impression, which may have belonged to the prophet Isaiah, in a scientific, archaeological excavation.”

In a statement in the Biblical Archaeology Review (with photos), archaeologist Dr. Eilat Mazar announced that she and her team of researchers found a portion of a 2,700-year-old stamped clay seal at what was once the location of a royal bakery near the Temple Mount compound in Jerusalem. No, there’s no mention of the bakery in the Hebrew Bible or the Old Testament, but there’s plenty about Isaiah – an entire book bearing his name and believed by scholars to have been written by one person, most likely named Isaiah, who is regarded by both Jews and Christians as one of the leading religious prophets.

However, like today, there were probably a lot of Isaiahs around. The biblical Isaiah was noted for counseling and aiding King Hezekiah in his quest to protect the Kingdom of Judah from an Assyrian invasion during the 8th century BCE. That link plays an important part in determining if this seal belonged to the prophet Isaiah, according to Dr. Mazar.

“We found the eighth-century B.C.E. seal mark that may have been made by the prophet Isaiah himself only 10 feet away from where we earlier discovered the highly-publicized bulla of King Hezekiah of Judah."

That bulla or clay seal was also discovered by Mazar in 2015. It's close proximity to the seal of Hezekiah might have sealed the identity of the new seal … if it were whole and undamaged. Unfortunately, there’s some missing pieces to the seal and the story. While it definitely has an inscription that reads
l’Yesha’yah[u] (Belonging to Isaiah), the next line has some characters missing.

“Because the bulla has been slightly damaged at the end of the word nvy, it is not known if it originally ended with the Hebrew letter aleph, which would have resulted in the Hebrew word for ‘prophet’ and would have definitively identified the seal as the signature of the prophet Isaiah.”

While Dr. Mazar feels pretty strongly that close counts in horseshoes, hand grenades and biblical seals, others aren’t so sure. The Times of Israel reports Israeli epigrapher (one who studies inscriptions) Dr. Haggai Misgav thinks that the seal would have been tied to a “sack of goods” that was not important enough to carry a notation that the owner was a prophet.

“But as always there is no shortage of those who jump on the finds with cries of, ‘Hurray, we have proven the Bible.'”

Perhaps he would believe the seal’s authenticity if it was on a sack of bagels and challah from the royal bakery. 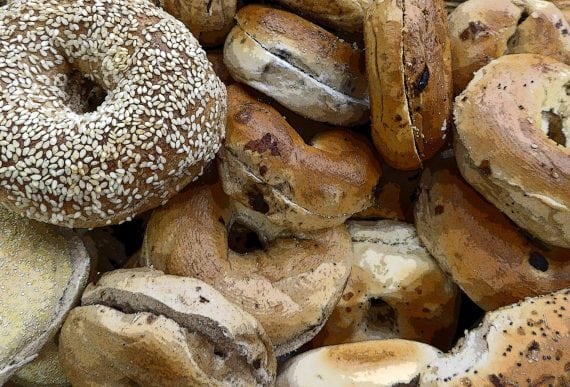 A Close Encounter With An Unknown Ape