Say what you will about Elon Musk and his various projects and oddball schemes – Tesla in space; boring tunnels for high-speed underground travel; cities on Mars – at least he’s able to successfully and consistently land his SpaceX rocket boosters back on their launch pads as promised. Elon may want to send a few brochures to the China National Space Administration (CNSA) – its expended boosters seem to be having a tendency to crash into buildings and villages.

The latest and biggest problem occurred on February 12th after a “successful” launch from the Xichang Satellite Launch Center in Sichuan province. Looking at any map, you’ll see that if China was a donut, this launch center would be the little dot in the center that tells you what flavor of filling it has. Unfortunately, the dot in real life is filled with … real life. Sichuan is China's fourth most populous province and covered with both large cities and small villages. That’s where some of the four side boosters of the Long March-3B rocket fell. 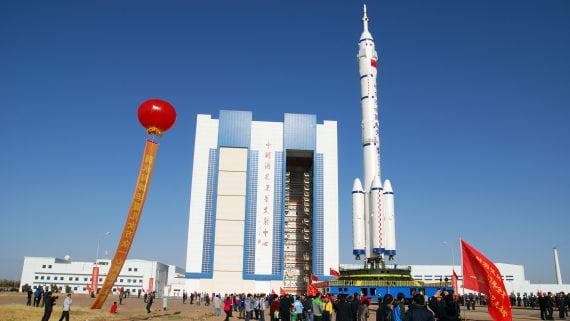 Well, “fell” makes it sound almost pleasant, like falling snow. These boosters crashed in a populated area in Tianlin county in the Guangxi region of southern China where they smashed through the top of a building and into the sides of others. Pictures (seen here) on social media sites show an orange ball of flames rising from one crash. Chinese media reports hundreds of rescue workers rushed to the scene, aiding victims and cleaning up dangerous fallout.

Gotcha! There appears to be no government acknowledgement of the crash, which implies that others have occurred and not been reported either -- China has had two additional satellite launches in 2018. Those falling boosters are not just dangerous to buildings and heads – they contain hypergolic propellant (unsymmetrical dimethylhydrazine), which ignites spontaneously when exposed to oxygen, and is an extremely toxic and corrosive carcinogen – a triple-word score if you’re playing Death from Space Scrabble.

It’s not that China doesn’t care about the safety of its own citizens … it doesn’t seem to care about the rest of us either. Its long-abandoned Tiangong-1 space laboratory has been slowly falling out of orbit since 2016 but the Chinese space agency still can’t give a date for its final plunge through the atmosphere nor a location where it might penetrate nor how many (and you KNOW there will be many) pieces will fall nor how big (and you KNOW some of them will be big) the pieces will be. 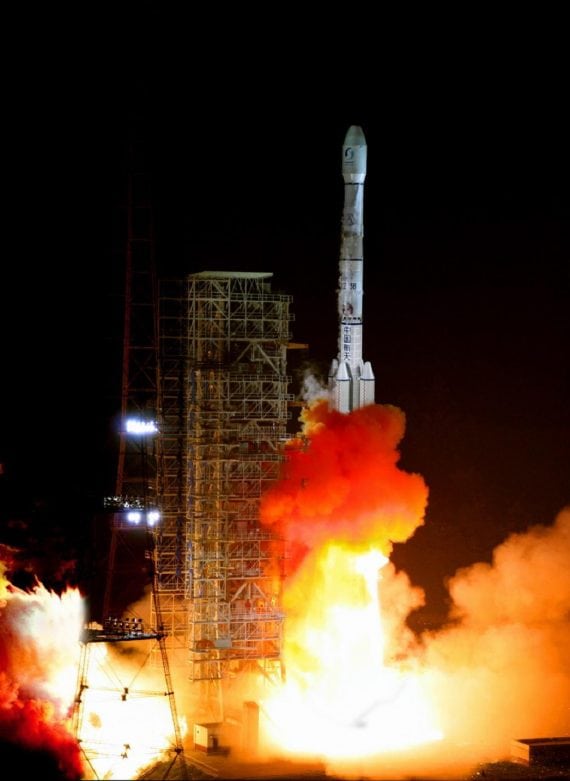 Would Elon Musk let things like this happen? It’s a good question to ask. NASA, SpaceX and other private space companies have extremely tight government regulations on their launches. However, we’re seeing regulations go away in many industries and funding for NASA projects being cut. It would be nice to think that Elon Muck and his billionaire cohorts and competitors in the private space field would act ethically, responsibly and safely without needing regulations. Then again … they’re billionaires.

The good news is, SpaceX continues to land most of its boosters safely. Let’s hope Elon makes some sales calls.