“This year, I have a good crop on 10 acres. This has been attracting unnecessary attention of villagers and passersby. To ward off their evil eye, I thought of this idea of putting up the big flax poster of Sunny Leone a couple of days ago.”

Chenchu Reddy is a cauliflower-and-cabbage farmer in the Banda Kindi Palle village in the state of Andhra Pradesh on India’s southeastern coast. In an interview with the Hindustan Times, he claims he’s had good crops for the past few years at the start of the growing season, but as people on the nearby road pass by and stare at his plants, their “evil eye” has killed them. Wait, what?

The “evil eye” curse dates back to ancient Greece and Rome. Writers from the so-called Classical antiquity period (Hesiod, Plato, Plutarch, Pliny the Elder and others) told of malevolent stares with varying degrees of evil power that could potentially be warded away with talismans and charms, often in the shape of eyes. Belief in the evil eye was thought to have been spread to the Near East by Alexander the Great and fear of it eventually made its way in various forms around the world.

In Brazil, many evil-eye believers think casting a mal-olhado ("act of giving a bad look") or olho gordo ("fat eye") while envying a growing plant will kill it. This may be the curse Chenchu Reddy was thinking of as he saw his plants dying. Indians refer to the evil eye as "Drishti," “Disti” or “Buri Nazar” and believe they can be warded off by charms, objects such as rock salt or chilis, evil-eye dolls (“dishti bomma”), tattoos or slogans. Newborn babies are protected from the evil eye by the application of black eyeliner.

“I went to the computer centre and asked them to give me a photo which will deviate the attention of the people away from my crops… and they gave me this photo.” 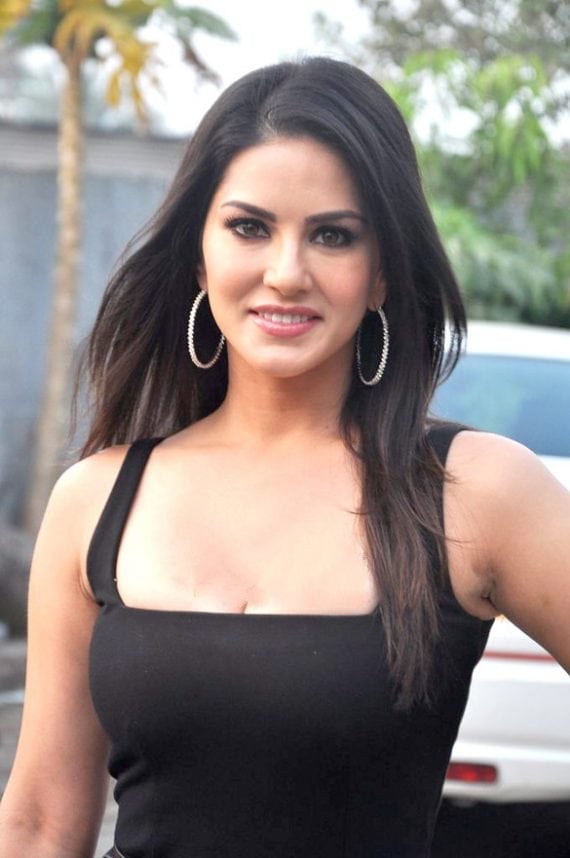 To give his Sunny Leone posters additional power, Chenchu Reddy added phrases like “Orey Nannu Choosi Yedavaku Raa” (Hey, don’t cry or feel jealous of me) and “Atu Yekkada Choosthunav, Nannu Choodu” (Where are you looking at? Look at me), which are also painted on trucks to ward off evil eyes. Photos of the banners in the field can be seen here. He says the combination of slut and slogan seems successful.

“The trick has worked. Nobody is looking at my crop now.”

“The officials never bother to come to our fields to find out our problems. Why should they have any objection?”