Hollywood Exorcist to the Stars is Non-Denominational

Hollywood stars seem to need their own special version of everything, so why not their own exorcist too? What would a Hollywood exorcist look like? Designer robes? Holy water made with “raw” water? Endorsements from exorcised stars and stars who played exorcists? There’s one person who knows the answers to these questions and more … like which stars really have been possessed by demons? She’s Rachel Stavis, the world’s only non-denominational exorcist to the stars and author of a new memoir, “Sister of Darkness: The Chronicles of a Modern Exorcist.”

“I realized very quickly I could see something other people couldn't. I tried to ignore it, I didn't feel like it was a gift at all, it was pretty scary and horrible.” 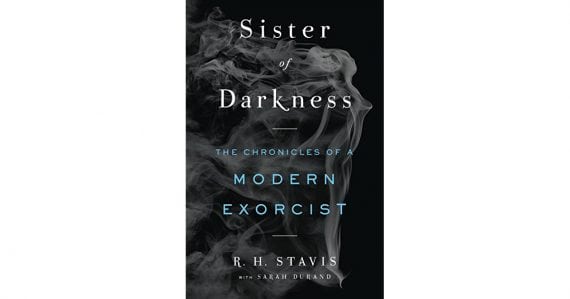 In an interview with DailyMailTV, which includes pictures of her exorcising a demon from actress Megan Duffy, Stavis says she noticed as a child that she could see what she called “monsters” or “manifestations of entities” that others didn’t. To deal with these experiences and still live a normal life, she channeled the visions into careers as a horror novelist and screenwriter. Those occupations put her in contact with people regularly tormented by various demons … Hollywood actors, actresses and filmmakers.

In another interview, Stavis told Newsweek she found that her long-buried ability enabled her to help remove these troubling entities from others and she quickly had a steady stream of the exorcism-needy without needing to advertise.

"I never even decided to go public with my exorcisms. Weirdly enough, I was at a Halloween party and someone said, 'Oh hey, here's Rachel, our resident exorcist.' People started asking me questions, naturally, and by the end of the night, an NPR reporter wanted to do a story."

That interview revealed her belief that her exorcisms should be non-denominational.

“I’ve never seen the devil. I don’t think Christ compels demons out of the body because some demons probably aren’t Christian."

It also brought her many new clients.

“My clients range all over the place, but I do see a lot of people you'd think of as famous. I see heads of studios, rock icons, Oscar winners, politicians, I see all kinds of people, I also see the girl next door and this grandma and regular people who are suffering as well.” 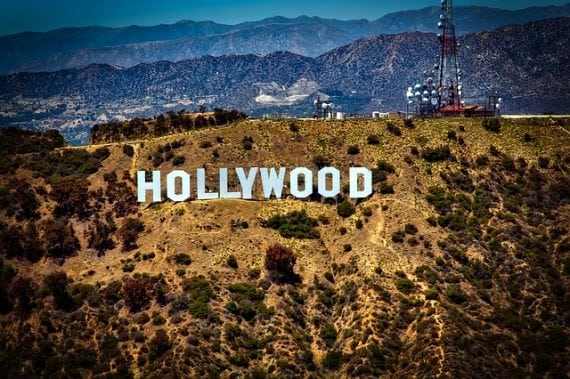 However, Stavis’ new memoir is not an exorcise-and-tell book … unless you’re a demon. She describes in detail the various types of entities she’s encountered, starting with the most common and least dangerous – ones she calls Clives because they remind her of drawings by Clive Barker of Hellraiser fame.

"The most common entities are the smaller ones, the things that latch onto you and manifest in dark thoughts that seem to come from nowhere. You're driving, and you suddenly think, 'Run that person over.'"

Run that person over? That’s the best these demons can do? It gets worse as she moves up the demonic scale to what she calls “wraiths” and “tricksters” that often torment those who were molested when young by bringing up familiar mental images to gain access to their minds and spirits. Even more dangerous are those Stavis calls “roam walkers.”

“Those are the ones where the possession is very serious, you can see cuts and bruises on the body, it can move from person to person, which other entities cannot do. Those are the ones that are dangerous and scary. People don't realize that they can also take over buildings, which they do, they overtake spaces.”

Speaking of buildings, that’s where she claims another terrifying demon lurks – the Collector.

“It collects the deceased people who have not moved on from that space in order to drain the living, to scare the living, if you will.”

While she’s obviously got plenty of work in demon-ridden Hollywood, the new memoir is sure to increase it – but Rachel Stavis doesn’t seem to mind, nor does she care if people believe her or not.

“Being an exorcist has its downfalls but it's the most rewarding thing I do, because I believe it is my calling, why do I have this, there's a reason, there's a destiny involved. I don't charge people, this is not my job, I write, that's what I've done for years for a living, but I find this more rewarding in a lot of ways because I want to help people, that's what keeps me going.”

Would she consider moving to Washington?