Hundreds of Birds Mysteriously Fall From Sky in Utah and Rome

It’s never good news when birds – or any other animals for that matter – fall from the sky … dead or alive. Get ready for some bad news from Draper, Utah, and Rome, Italy, where hundreds of dead starlings covered the ground recently. Pollution? End times? Something worse?

The Times reports that the dead starlings began appearing the weekend of January 27th at the Porta Pia gate in the Aurelian Walls of Rome. Residents reported the ground being covered with corpses, blanketing walkways and roads with dead, and eventually flattened, birds (photos here). This is migration season, so Romans are used to seeing the sky and tree branches covered with starlings summering in the city and eating the local olives. Unfortunately, something has made life the pits for these birds this year. But what? 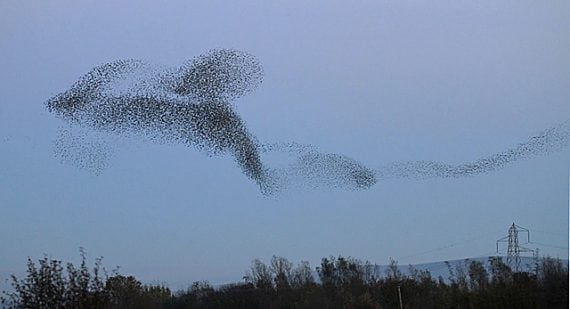 “We found they were in good health but suffering from the trauma and broken bones you would associate with collisions, either with each other or with cables.”

Francesca Manzia, head of a hospital run by the Italian League for the Protection of Birds (there’s an idea other cities should adopt), had no answer. Fatal bird collisions when there’s millions of them aloft can be caused by a predator, a loud noise or some other disturbance, leading to lemming-like processions of crashes into buildings, trees or each other. Is Rome no longer big enough for the starling migration? Could the birds have been stunned by an electromagnetic or other unseen forces?

If they’re looking for a different warm migration stopover, they need to scratch Draper, Utah off of the list. Located 20 miles south of Salt Lake City in the north central portion of the state, Draper is home to many Native Americans, a state prison and, on January 30th, thousands of dead starlings. 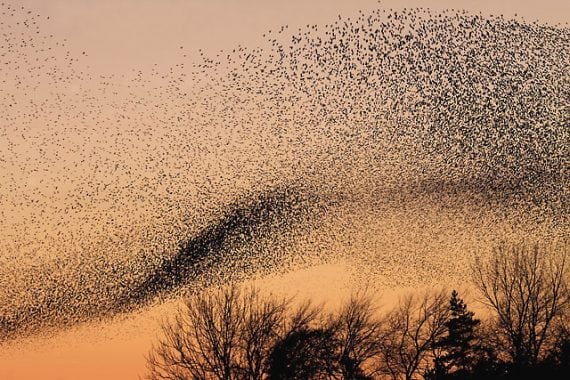 Resident Lacey Brown told a local news station that there were so many starlings on the ground, she stopped to help a man shovel them out of the road to avoid making a feather, bloody mess. Unfortunately, Sergeant Chad Carpenter with the Draper police, saw more carnage.

“It was just one of those freak things where the birds were just flying along, crashed into the side of a large vehicle and boom.”

Draper Animal Services helped with the cleanup and found some starlings still alive, lending credence to the theory that these birds were also startled into a mass collision.

Again, what could have startled the starlings to their deaths? The beautiful twisting formations they fly in are called murmurations and bird experts are unable to explain how millions of birds can make tight turns so close together without colliding … which makes the rare times they do collide even more mystifying. Sadly, they may have more opportunities to study the phenomena since it seems to be happening more frequently.

Starlings are highly social birds and their survival depends on the ability to fly together. If their mysterious deaths are not a sign of the end times, can we at least see them as a sign that not living and working together is a bad thing?