"In their possessions were a variety of reptile desert species like lizards, chameleons… We found out that their skin attracts atomic waves and that they were nuclear spies who wanted to find out where inside the Islamic Republic of Iran we have uranium mines and where we are engaged in atomic activities.”

Is this the opening scene of a new sci-fi spy thriller? It sounds like a plot point in a movie that could be called “The Spy Who Came in From Under a Cold Rock,” but it’s actually a quote from a former military leader accusing nefarious secret agents from the West of spying on Iran using lizards with secret powers. Or is he accusing them of colluding with Reptilians? 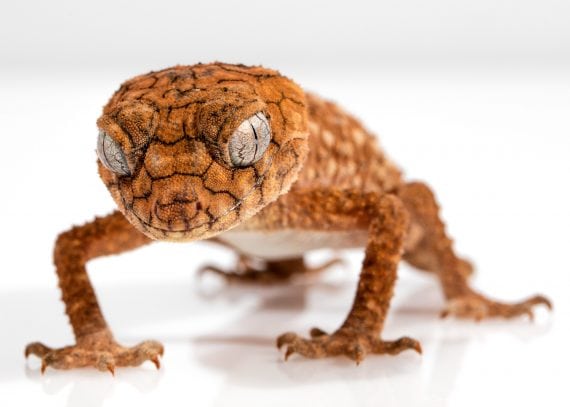 The Times of Israel reports that Hassan Firouzabadi, an Iranian ophthalmologist and retired military officer who is currently a senior military advisor to the Supreme Leader of Iran, Ayatollah Ali Khamenei, made that unusual claim while being questioned about the mysterious death of Iranian-Canadian environmentalist Kavous Seyed-Emami, the head of the Persian Wildlife Heritage Foundation, who was picked up by Iranian police late last month. It was announced on February 10 that Seyed-Emami had committed suicide in a Tehran prison to avoid being tried as a spy … a spy who Firouzabadi claims used special lizards and reptiles to detect undercover uranium mining and nuclear testing.

Really? Livescience.com contacted Eric Pianka, a zoology professor at the University of Texas at Austin and a renowned herpetologist, who called the claim that any lizards can attract atomic waves as “pure and simple BUNK.” Their skin is made of the same proteins as human skin and, like us, have no special ability to detect radioactive materials. Furthermore, there’s a reason you don’t find lizards deep in caves or mines … they’re too cold for the cold-blooded reptiles to spend any time in. If they could be trained or perhaps genetically modified to be attracted to radiation, they’d still look for it in warm places. That means they could locate a nuclear plant out in the desert, but who needs a lizard’s help to find that?

This isn’t the first time Iran or other Middle Eastern countries have accused the West or Israel of using animals for spying. Birds with electronic devices or tags for tracking migratory paths are often accused of being spies. In 2008, a Palestinian news agency accused Israel of using "supernatural rats" that "can even chase away Arab cats" to drive Arab residents out of the Old City of Jerusalem. There have also been accusations of tracking devices or even weapon on sharks and dolphins. 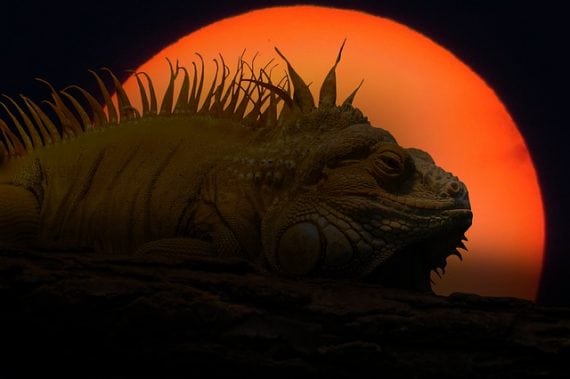 The real issue appears to be a combination of Iran’s persecution of Iranian-Canadians due to Canada’s criticism of Iran’s support of Syria and its alleged failure to give details about its nuclear program. In response, Iran is cracking down on environmentalists since they’re usually anti-government and easy targets.

When stress levels rise, conspiracy theories rise with them. When fearful, it becomes easier to connect dots between chameleons changing skin colors to avoid predators and spies using chameleons to avoid nuclear war. We already have enough problems. Can’t we leave the lizards out of them? Besides, this strategy works better in spy movies. Three Days of the Komodo? The Bourne Herpetology?