Lords of the Reed Marsh: Swamp Beasts from Past to Present

In the Epic of Gilgamesh, widely regarded by scholars as the first great work among ancient literary narratives, the eponymous hero of this Akkadian epic poem travels the world in search of immortality. This quest is part of a broader narrative that reconciles many aspects of human nature, rather than just man's attempts at conquering death, although the preeminence of this theme is fueled largely by the loss of Gilgamesh's companion, the wild man Enkidu.

Many scholarly texts have sought to weigh the themes and symbolism presented by the character Enkidu, and more broadly, that of the "wild man" archetype in general. Enkidu's name is primarily a derivative of the Sumerian god of creation and mischief Enki, although it has also been associated directly or indirectly with the Mesopotamian deity Enkimdu. Given this secondary context, the name takes on a different meaning: that of, “Lord of the reed marsh.”

This is an interesting parallel to various other wild man mythologies, and although its significance may be purely coincidental, it does bespeak the general association between manlike monsters of myth and their abodes in swamps and marshes. Also of interest here (at least while discussing ancient middle eastern wild man legends) is the Babylonian king Nebuchadnezzar II who, as a form of humiliation, is cursed by God with madness and made to live in the wilderness, whereupon it was said he grew hair on all parts of his body.

In similar fashion, we move ahead to the narrative afforded us in Beowulf, where the beast Grendel and his mother are often attributed to being descendants of the Biblical Cain (this, of course, is probably an incorporation of Christian elements that occurred sometime long after the Beowulf story was penned). Condemned outcasts as they were, Grendel and his mother also lived in swamps and marshes on the fringes of human society. Hence, as with Enkidu (and Enkmidu), we again have the association between these wild humanoids and their residence in swamps.

As far as Grendel’s actual physical appearance goes, contemporary translations of the epic do note that Grendel was at least vaguely humanoid, and again, very large:

in the shape of a man, moves beyond the pale

bigger than any man, an unnatural birth

called Grendel by the country people

The translations leave much to the imagination, although we can take "the shape of a man," and "bigger than any man" to mean that Grendel was a large, man-like creature.

To break from our mythical narrative for a moment, parallels do begin to become apparent here between the mythological "swamp beasts" of the ancient epics, and modern retellings of similar fables from America's heartland. One of the most notable cases of this sort involves the folklore surrounding a monster chronicled in Charles B. Pierce's B-Movie classic, The Legend of Boggy Creek, in which we have a monster--manlike in appearance, much like Enkidu and Grendel before him--which resides on the outskirts of humanity within the marshes and mires that comprise the Texarkana backcountry. In many ways, the famous exploits of the beast of Boggy Creek could be likened to a modern retelling of the earlier Beowulf narrative. 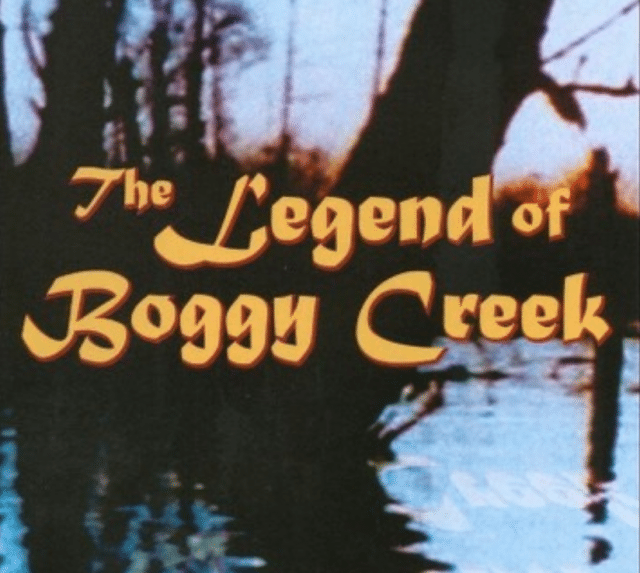 As has been suggested of other wild man mythologies, particularly in Europe, Grendel’s tragedy may be one with roots in a much older spoken tradition, involving the interactions between modern humans and a lone survivor of a separate Homo species (possibly Neanderthal) nearing extinction. Or to put things romantically, what modern anthropologists now know of the comings and goings of ancient hominid species and their interactions, the mythologies of ancient Europe could very well have documented earlier in the form of a fable, passed along and inflated over time in the same sort of way that our poor beast of Boggy Creek is represented in B-movie retellings of its exploits.

The question at the end of the day always comes back to whether these "myths" have any underpinnings in reality. Is it possible that behind the legends are the real exploits of people who encountered monstrous "swamp dwellers," that weren't entirely unlike their human counterparts, but different enough to be recognized as the "beasts" or outsiders so rife throughout world folklore? It is an interesting concept and one that is fairly unique in its attempt to reconcile modern reports of "mystery hominids" like Sasquatch with their cousins in the epic literature of older times.