Millions of Viruses are Falling on Your Head Every Day

“Every day, more than 800 million viruses are deposited per square metre above the planetary boundary layer—that’s 25 viruses for each person in Canada.”

Before you breath a sigh of relief that you don’t live in Canada, a new study on viruses falling from the sky was conducted by researchers at the University of British Columbia but applies to everyone on Earth. And, according to the report published in International Society for Microbial Ecology Journal, that’s just from the troposphere, the lowest level of the atmosphere. If you’re going out today, you may want to wear a hat … soaked in antibacterial hand lotion.

“Roughly 20 years ago we began finding genetically similar viruses occurring in very different environments around the globe. This preponderance of long-residence viruses travelling the atmosphere likely explains why—it’s quite conceivable to have a virus swept up into the atmosphere on one continent and deposited on another.” 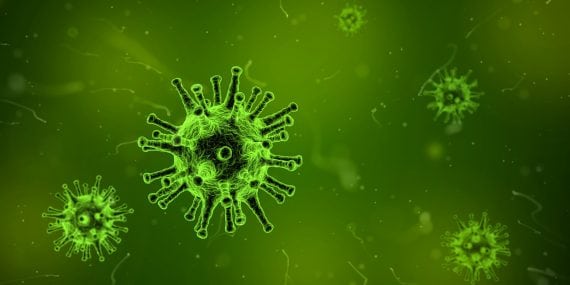 If you thought the news of a constant virus rain couldn’t get any worse, virologist and study author Curtis Suttle points out in a press release on the study that the troposphere isn’t just sucking up the viruses from Earth … it’s transporting them around the world to places not ready to deal with them. How bad is it? Bad enough that the those counting have to use terms like ‘nonillions’ – it’s estimated that the number of viruses in the ocean (one of the places where the troposphere is picking them up) is in the nonillions, which is 10^30 (10 to the 30th power).

Using collection platforms in Spain’s Sierra Nevada Mountains, the researchers inspected and counted viruses lofted into the troposphere by dust storms and ocean spray to altitudes of 2,500 to 3,000 km (1,550 to 1,860 miles), then blown around the world before falling back down at the phenomenal rate of 800 million per square meter per day. 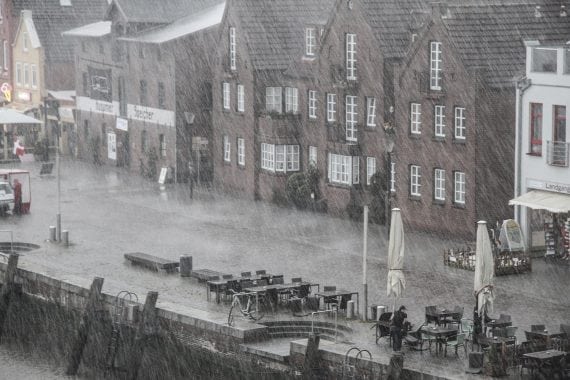 Is there any good news? Believe it or not, even virologists can find a silver lining in their work. Suttle says that those viruses and their bacterial friends are actually doing good.

"Significant downward fluxes of bacteria and viruses from the atmosphere may have effects on the structure and function of recipient ecosystems. Rather than being a negative consequence, this deposition provides a seed bank that should allow ecosystems to rapidly adapt to environmental changes."

OK, a “seed bank” of viruses saving them for future generations of ecosystems doesn’t sound like much, but when you’re a virologist trying to raise grant money, you go for any good news you can get.

Whether you're an optimistic virologist or not, it would still be a good idea to wear a hat.

Night of the Living Dead Human-Animals