Is 2018 the year time travel comes out of the closet and achieves some sort of legitimacy, if not actual proof, like UFOs did in 2017? After videos of three alleged time travelers surfaced earlier this year in one week, three more appeared recently and a presidential candidate, who claims he has time traveled and promised to expose the technology if elected, revealed he has also time traveled to Mars and seen evidence of life and graveyards. What about some lottery numbers or stock market predictions? 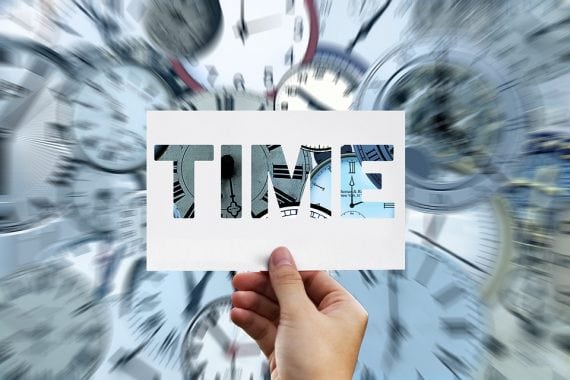 Let’s start with pixel-faced “Noah.” He appeared first in a video from Apex TV (the new go-to source for time travel videos) where he claims he’s from the year 2030, says he can’t show his face or use his real voice because he could be assassinated for revealing the future and looks like his comments are being evaluated by a lie detector which buzzes in the background while the video flashes the word “True” on the screen. That last part seems pretty questionable, not to mention hokey.

In the video, and in a later interview in Australia on Sydney's KIIS 106.5, he says that (some media reports call these “predictions” but they should be called “revelations” since he allegedly already knows they will happen) that Donald Trump will be re-elected, the law limiting the age of a president will be changed and a 21-year-old female named Ilana Remikee will become President in 2030 – but the really big news is that Ilana is the granddaughter of Martin Luther King Jr. Although that one registers “true” on the so-called lie detector, no searches have come up with a granddaughter of King by that name. He also said he takes pills to keep from aging, has proof he’s from the future (although he doesn’t reveal it – possibly waiting to get on a bigger radio show), says global warming will still be a problem as will pennies, even though bitcoin use will increase.

“Noah” also says humans will fly to Mars, which seems to contradict time traveler number 2 and presidential candidate Andrew Basiago. Basiago is running again in 2020 (he ran in 2016) and has an interesting list on his website of 100 proposals he will fulfill if elected, including disclosing “the existence of the secret US presence on the Red Planet.” A recent article in express.co.uk refers to a presentation which he supposedly gave at an unspecified MUFON symposium where he said:

“We landed on Mars in 1964 - the documentary source I can cite, but can't proffer is a French external intelligence organisation dossier I was asked to read in the summer of 1980 which was also read by the future President Barack Obama which referred to a crash landing by an American team of astronauts on Mars who perished because they were not rescued by the Martian humanoids."

He also allegedly repeats what he claims to have revealed in 2008 that:

"I show that in a ravine west of the Home Plate in the Gusev Crater on Mars, there was a mass grave of several hundred humanoid bodies, both male and female, clothed in uniform blue clothes suggestive of regimentation.”

Can someone ask pixelized Noah and his lie detector to give us a clarification on when humans go to Mars? Or maybe we can ask pixelized Edward, another first-names-only-please time traveler who claims in yet another Apex TV video that in 2004 he traveled to the year 5000 and just now decided to reveal what he brought back … a blurred picture of what he claims is Los Angeles under water. Speaking of blurred pictures of the future, Alexander Smith chose last week to reveal (in another Apex TV video) that he traveled to the year 2118 and his proof is a blurred photo of an unidentified city – blurred due to the stress of time travel, a common excuse. 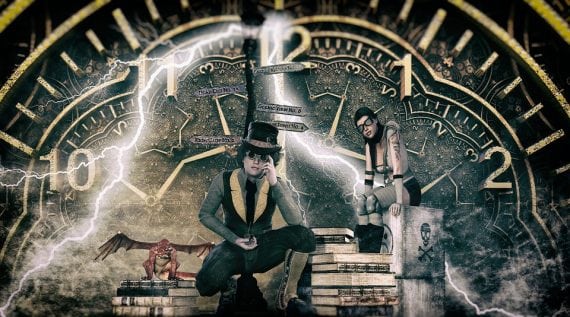 What do we make of these time travel tales? The revelations are conflicting, the evidence is blurry (both physically and in explanation), the source for all of the videos except Andrew Basiago's is Apex TV, and the time travelers themselves don’t appear to be the kind of believable people you’d select to send back to warn humanity of what’s coming.

Is this new interest in time travel and warnings from the future merely a way to cope with what’s happening in the world today?