If your last get-rick-quick plan (stuffing envelopes, mystery shopper, house flipping, Bitcoin) didn’t pan out, here’s another one to consider that may sound like the old goose-that-lays-golden-eggs scam but is actually scientifically proven. A new study reveals that researchers in Australia and Germany have discovered a rare bacteria that eats metal and excretes gold. But wait … there’s more! If you order in the next ten minutes, you’ll received a second petri dish of bacteria plus a copy of my new book, “Making Jewelry At Home From Tiny Bacteria Poops.”

Professor Dietrich H. Nies. a microbiologist at Martin Luther University Halle-Wittenberg, and Professor Frank Reith from the University of Adelaide are not late-night talk show hosts peddling snake oil but the discoverers in 2009 of Cupriavidus metallidurans, a rod-shaped bacterium that spends its life in soil laden with heavy metals and hydrogen. Making lemonade out of these toxic lemons, C. metallidurans was observed taking in the toxins at one end and spitting gold out of the other. But how?

That took a few years to determine and the journal Metallomics published by the Royal Society of Chemistry recently revealed the answer. While everyone who has imbibed in or heard of Goldschläger knows, gold is edible and nontoxic in its pure form. However, it’s highly toxic in its basic forms of gold salts or potassium gold cyanide. Even when purified, it can cause allergic reactions. Whatever this bacterium is doing, it’s keeping gold in its system for a period of time without being harmed or killed by it. 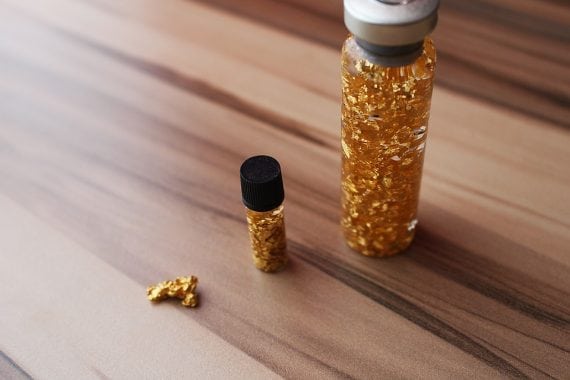 The secret of C. metallidurans is enzymes. The researchers watched how the bacteria ingests and rids itself of copper, another toxic chemical. As copper enters, chemical reactions break it down into a form that’s easier on the insides of the bacterium. As the indigestible but now nontoxic copper accumulates, the C. metalliduran excretes an enzyme called CupA, which helps it to excrete the copper as waste.

This system works great … until gold gets ingested. The gold-and-copper combo meal is more toxic than either metal alone and actually suppresses the actions of the CupA enzyme. Fortunately, C. metalliduran has evolved to develop a second enzyme, CopA, which first separates the gold and copper, then acts like CupA by detoxifying the copper. It can’t do anything with the gold, which is now in a pure form, but it allows the bacterium to pop it out in pure gold poop nuggets.

If you’re planning to go panning for these nuggets, they measure a mere few nanometers in diameter. However, they can accumulate into large nuggets of secondary gold (the kind that’s not mined) which can be found by panning or just bending over. 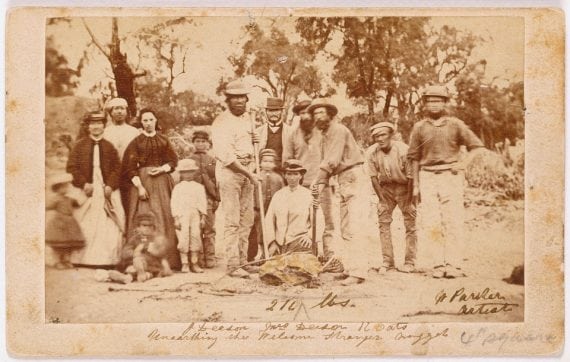 So, should you send $19.95 to the guy selling buckets of gold-pooping bacteria? (But wait … there’s more! If you order in the next 10 minutes, you receive a second bucket absolutely free!) Astute readers have probably already seen the holes in this scam. In order for the C. metallidurans to poop gold, they need dirt that’s already loaded with gold and a steady supply of that will cost you a fortune … even with free shipping.