No Aliens At Roswell, Part-1

As many readers of Mysterious Universe will know, I firmly conclude that there is a real UFO phenomenon of unknown origins, but probably not extraterrestrial. I am far from convinced that alien creatures crashed and died outside of Roswell, New Mexico in the early part of July 1947. I've written two books on my findings on Roswell - as they relate to a dark and disturbing answer to the riddle. They are Body Snatchers in the Desert (2005) and The Roswell UFO Conspiracy (2017). All of the data I have uncovered points in the direction of top secret, controversial experiments involving high-altitude balloons and human guinea-pigs. In this 2-part article, I'm going to share with you my views as to why I think the Roswell affair has nothing to do with alien visitations to our planet.

Despite what has been said about the "UFO crash" on the Foster Ranch, Lincoln County, New Mexico in the first week of July 1947, there is actually very little data available to suggest that an alien "craft" came down. Practically every eye-witness described seeing a huge field of debris: lightweight foil-like material strewn across one specific part of the ranch. And, for the most part, that's all. As for what that strange foil may have been, the U.S. Air Force states:

"As early as May 1948, polythene balloons coated or laminated with aluminum [italics mine] were flown from Holloman AFB and the surrounding area. Beginning in August 1955, large numbers of these balloons were flown as targets in the development of radar guided air-to-air missiles. Various accounts of the 'Roswell Incident' often described thin, metal-like materials that when wadded into a ball, returned to their original shape. These accounts are consistent with the properties of polythene balloons laminated with aluminum. These balloons were typically launched from points west of the White Sands Proving Ground, floated over the range as targets, and descended in the areas northeast of White Sands Proving Ground where the 'strange' materials were allegedly found." 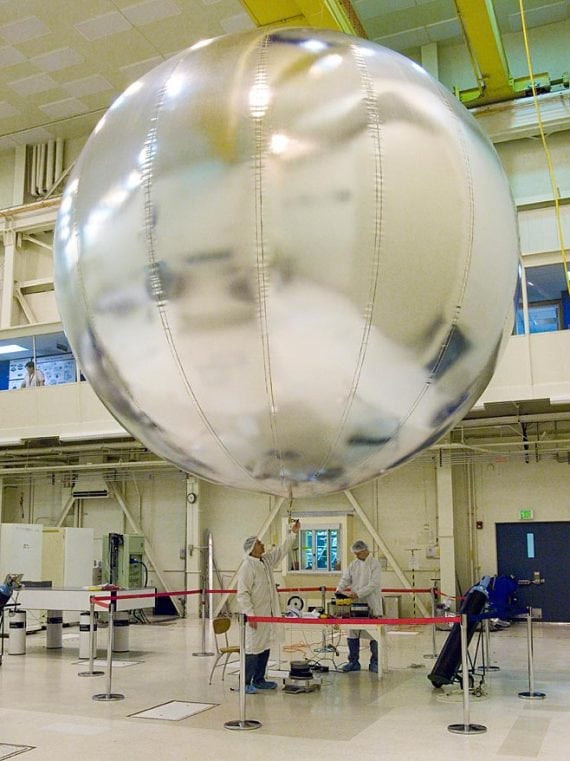 There are indications that such balloons were used as far back as 1947, but in operations far more controversial and disturbing than those which took place from 1948 onward. Australian UFO researcher Keith Basterfield has looked into all of this. He says of data provided to him before my Body Snatchers in the Desert book was published that the military, in summer'47, was "...experimenting with craft they dropped from 'aircraft' flying in the stratosphere. Also, gigantic balloons [italics mine] were being flown in the stratosphere to drop craft fitted with retrorockets and a drogue chute. The retrorocket was fitted with an altimeter to fire them close to the ground. Lots of UFO sightings were of these craft. The U.S. released bogus flying saucer sightings and later discredited them.”

Regardless of what the UFO research community thinks of all this, the fact is that many of the witness reports do describe what sounds like balloon-based materials. Take, for example, the words of Major Jesse Marcel, one of the first people in the military to see the field of debris: "I saw a lot of wreckage but no complete machine. It had disintegrated before it hit the ground. The wreckage was scattered over an area about three quarters of a mile long and several hundred feet wide. I was pretty well acquainted with most everything that was in the air at that time, both ours and foreign. I was also acquainted with virtually every type of weather-balloon or radar-tracking device being used by either the civilians or the military. What it was we didn’t know. We just picked up the fragments…it certainly wasn’t anything built by us."

That all sounds impressive, but the fact is that just because Marcel was "acquainted with virtually every type of weather-balloon or radar-tracking device," it doesn't mean he had an awareness of all the many and varied secret balloon-based programs that were in place in New Mexico in the late-1940s. And if the balloons used in the experiment that led to the flying saucer legend were radically different - laminated or coated with aluminum - then we can see why Marcel was genuinely mystified.

Moving on, while many UFO researchers are very impressed by the tales of the mysterious foil-like materials, there is another issue that needs to be addressed. Some UFO researchers have suggested that the debris found on the ranch - the strange foil - amounted to the outer shell of the craft. If that's the case, where were the interior remains? The seats in which the aliens sat as they struggled to steer their craft on its final, fatal flight? What about the remnants of the tripod-landing gear that are described in so many UFO cases? How about the power-plant? We hear very, very little about such matters. For the most part, it's all about the weird foil. This is a problem, because there are numerous cases of people seeing UFOs landing, thanks to that aforementioned tripod-style gear. Alien abductees describe the interiors of UFOs as containing tables, lights, and strange equipment used in the examination of the abductees. So, why should the Roswell UFO seemingly be almost completely free of anything but an outer-shell? If it was a massive balloon - but one which was used in top secret, highly controversial experiments - then at least some of these problems go away. 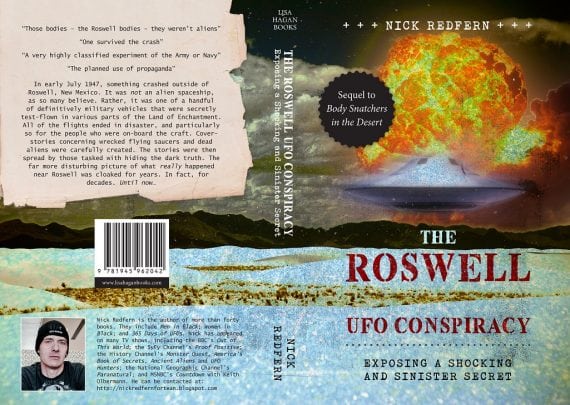 I don't pretend that this answers all of the questions concerning Roswell. It doesn't. But the "secret balloon" angle does, at least, offer a reasonable theory as to why the vast majority of the wreckage found on the ranch was not made up of advanced technology and the remains of those aforementioned seats and power-plants (etc., etc.).

In part-2, I'll address another reason why I think aliens didn't crash in New Mexico 71 years ago.

Cryptocurrencies and the Search for Alien Life