No Aliens At Roswell, Part-2

Part-1 of this article began as follows: "As many readers of Mysterious Universe will know, I firmly conclude that there is a real UFO phenomenon of unknown origins, but probably not extraterrestrial. I am far from convinced that alien creatures crashed and died outside of Roswell, New Mexico in the early part of July 1947. I've written two books on my findings on Roswell - as they relate to a dark and disturbing answer to the riddle. They are Body Snatchers in the Desert (2005) and The Roswell UFO Conspiracy (2017). All of the data I have uncovered points in the direction of top secret, controversial experiments involving high-altitude balloons and human guinea-pigs. In this 2-part article, I'm going to share with you my views as to why I think the Roswell affair has nothing to do with alien visitations to our planet." 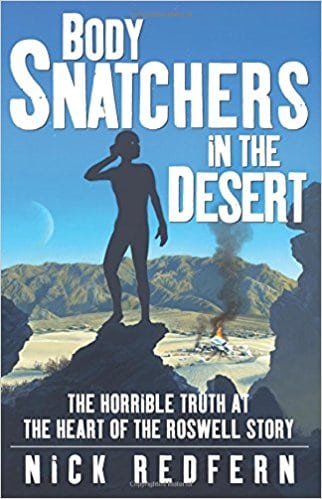 Part-2 focuses on an angle that, possibly, very few people have ever given much thought to. The only reason we know that something came down on the Foster Ranch in Lincoln County, New Mexico in July 1947 is because rancher Mac Brazel found it, collected some of it, and contacted the police - who then put in a call to the military at Roswell. Doesn't that strike you as being a bit odd? It sure as hell should. If there is one thing we can say about the real UFO phenomenon it's that it very much acts in a state of distinct stealth. There has never been a landing on the White House lawns (nor will there ever be one). The entities do their very best to wipe out the memories of those they abduct - which is precisely why so many victims of abduction turn to hypnosis for help. Close encounters of the personal kind often take place in the likes of the deserts of California, Arizona and New Mexico - and far away from towns and cities.

So, taking into consideration the above, why on earth would aliens simply allow the remains of one of their high-tech craft to fall right into the hands of the U.S. military in early July 1947? Such an action totally goes against everything that we know about the phenomenon's preference for that aforementioned stealth. To dismiss this by saying that aliens didn't have the sufficient technology to gather up the material - or to completely eradicate is from existence -  is a total wanker cop-out. There are countless cases on record where the phenomenon has performed incredible acts.

The so-called "Kinross Case" focuses upon the strange – and still-unresolved – disappearance of a U.S. Air Force F-89C jet fighter that was scrambled late on the night of November 23, 1953. At the time, it was on an "active air defense mission" to intercept an "unknown aircraft" over Lake Superior. Kinross Air Force Base, which was closest to the scene where the "unknown" was initially tracked, quickly alerted the 433rd Fighter Interception Squadron at Truax Field, Madison, Wisconsin, and the F-89C gave immediate chase.

Available USAF records demonstrate that the F-89 was vectored west-northwest, then west, climbing to 30,000 feet. While on its westerly course, the crew received permission to descend to 7,000 feet, turning east-northeast and coming steeply down on the target from above. Alarmingly, as the aircraft closed-in on the "unknown" it subsequently vanished into oblivion, along with its two crew-members. The last radar contact placed the interceptor at 8,000 feet, 70 miles from Keeweenaw Point, and about 150 miles northwest of Kinross AFB, which, today, is called Kincheloe AFB. UFO researchers have suggested that crew and airplane were "kidnapped" by the UFO.  A high-flying, fast-moving military plane could be snatched from the sky with ease, but a field of debris was too difficult to clear up?

What of the tales of aliens being able to pass through solid walls? Or, in this case, through a window? Such accounts suggest incredible powers on their part. Either the aliens are downright impoverished and couldn't recover the remains of their dead comrades and a bunch of debris, or they possess amazing skills. There is no room for something in between. A study of Ufology suggests the latter scenario is the correct one. So, why not use those fantastic abilities to grab the Roswell materials and bodies before Mac Brazel came across them?

Allowing the Roswell materials (and bodies/body-parts) to sit there, on the ranch, and in distinct danger of falling into the hands of a pesky human or several, goes against everything we know about how the genuine UFO enigma operates. In my view, this can be explained by suggesting that the curious debris was not extraterrestrial. It was linked to a highly-classified, military, balloon-based program. And, in just about the worst case scenario possible, rancher Brazel came across the remains of the huge balloon/balloons before the military found the exact site.

As I see it, it's all easily explainable without having to bring aliens into the controversy. But, of course, Ufology doesn't want to hear any of that. Ufology wants exciting, extraterrestrial-themed tales. And that's the problem. It has been a problem ever since Roswell became a hot-potato. And it's why Roswell has endured as a UFO case for so long.