Robbie Williams Wanted to Hit a UFO With a Tennis Ball

When it comes to rock musicians having UFO sightings or alien encounters, two words always pop up -- “drugs” and “drunk.” So let’s get Robbie Williams’ answer to your question out of the way right from the the start:

Robbie Williams -- English singer, songwriter, actor and one of the best-selling music artists of all time – has had his share of drug, alcohol, mental health and other issues throughout his life, so he wanted to make it clear in his recent interview on Australia’s edition of “60 Minutes” that he was none of the above when he noticed something above him.

“I've seen stuff that I can't explain... I've had a UFO right above my head, totally sober. Less than a 150 feet above my head and there it was.” 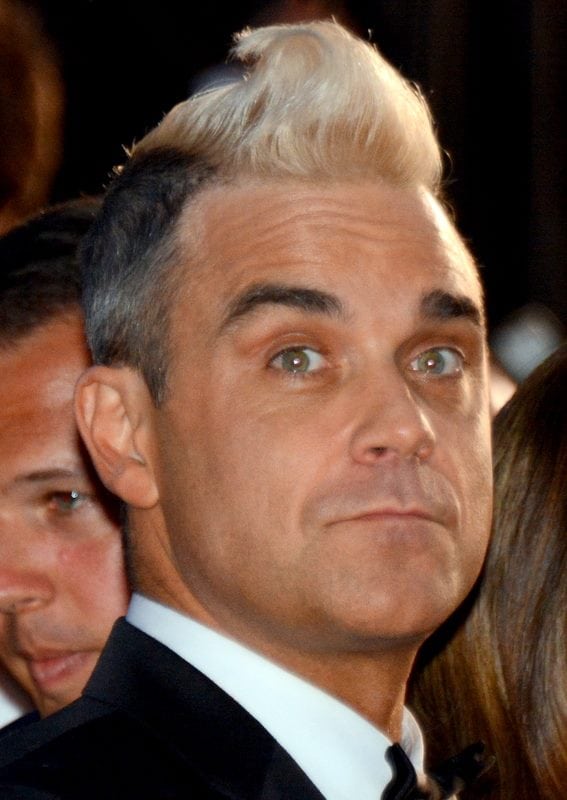 Williams gave the interview (reported on by the Daily Mail Australia) while on his current Australian concert tour and, while this may be news to many people who prefer to focus on his numerous personal problems, diehard fans of the artist know he’s talked about UFO encounters for years, particularly after meeting his wife, actress Ayda Field, in 2006. They were both working on a BBC radio UFO documentary with Jon Ronson (author of The Men Who Stare at Goats) and later joined Ronson on other UFO-related projects.

In 2009, the couple paid £8.1million ($11.2 million US) on a Wiltshire mansion that was allegedly located on UFO-attracting ley lines and in close proximity to fields that frequently sprout crop circles. After a year, apparently nothing happened worth seeing so they took a loss and moved to Los Angeles where Ayda is from.

Perhaps Robbie was hoping for another UFO encounter in L.A. like the one he reportedly had in 2008.

“I was at the Beverly Hills Hotel and I was lying on my sun lounger outside at night, looking up. Then, about 300 foot above me, there was this square thing which just passed over my head silently and then shot off.”

At 150 feet and 300 feet, Williams seems to attract low-altitude UFOs. He has also reported seeing “these two big massive balls of light” that he believed caused an electrical storm he was caught in and also saw “big strip of black light” in a recording studio. Many people have seen unusual things during storms that are usually attributed to lightning, possibly ball lightning in his case, and many rock stars have seen unusual things during recording sessions that are usually attributed to whatever pharmaceutical substances were popular that year.

But he swears he was “totally sober” when he saw the UFO that “if I got a tennis ball out I could have hit it with a tennis ball.”

It’s too bad he didn’t. Now THAT would be a close encounter we’d like to hear about.