The search for the missing Malaysia Airlines flight MH370 has been the source of conspiracy theories and rumors for its disappearance ranging from the absurd to the terrifyingly banal. All manners of explanations have been thrown around, ranging from hijacking and kidnapping plots conducted by North Korea or Russia, rogue cyberattacks committed by terrorists, or even corporate espionage plots. All of these are still mostly just idle speculations, as there is very little evidence supporting any theories at this point including simpler ones like mechanical failure. While a few pieces of debris have been found, the final moments and current location of the plane and its 239 passengers and crew members are still shrouded in mystery. Due to the total lack of answers, MH370 remains a prime target for conspiracy theories.

Even almost four years after its disappearance, the missing airliner continues to inspire all manner of intrigue. The search for the ship is still very much underway in the Indian Ocean, where the Texas-based ship Seabed Constructor is busy scanning the seafloor for any signs of the aircraft. The Seabed Constructor was the subject of conspiracy speculation this week when maritime watchdogs noticed the ship turned off its Automatic Identification System for three days before reappearing outside of its search area. Neither the company which controls the ship nor the Malaysian government have offered an explanation for the disappearance, so naturally, many concerned observers thought they smelled something fishy.

A family member of one of the missing passengers told The Guardian that the lack of transparency surrounding the search and the Seabed Constructor’s disappearance is disconcerting to say the least:

I found the development quite odd, and worrying. If this silence and becoming invisible was intentional, to ward off suspicion, a satisfactory explanation is due. If it was for other reasons, then in the interests of transparency, we ought to be told what caused it. I hope ongoing official disclosure is of such a high order that there is little room for speculation, controversy or a whiff of conspiracy.

To add to the mystery, Australian news outlets are reporting that a group of nearby shipwrecks could have something to do with the three missing days of the Seabed Constructor. The ship was seen to complete a large circle several kilometers wide in the vicinity of the shipwrecks just before turning off its identification system for three days, prompting many to speculate that the Seabed Constructor might have found something interesting or valuable. In 2015, a different ship searching for MH370 captured images of an unknown shipwreck thought to be 200 years old based on the construction of an anchor spotted nearby. 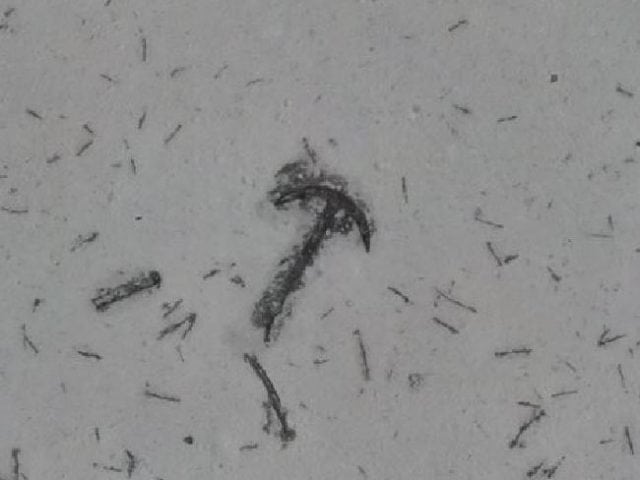 That same ship also captured images of what appears to be a sunken treasure chest sitting on the seafloor 4000m below the surface, sparking theories that perhaps the Seabed Constructor was attempting to retrieve the mysterious chest with an autonomous underwater vehicle. Anyone's guess is as good as any at this point, as the crew of the Seabed Constructor and the ship’s parent company aren’t offering any further information.

For now, the ship is docked near Perth in Western Australia for refueling until it will head back out to sea on February 12 to continue the search for MH370. Could the Seabed Constructor have discovered a lost sunken treasure? Or could something stranger have been found on the bottom of the sea? The pulp adventure fiction fan in me sure hopes so. It'd sure be a lot cooler than a fuselage full of skeletons.

Beware of the Beastly Bunyip