Anomalist Books have released a number of great titles just recently. And, now, they have added yet another one. It's Michael Mayes' Shadow Cats: The Black Panthers of North America. This is an excellent study of the phenomenon of what have become known as "Alien Big Cats," or "ABCs." While reports of ABCs can be found in the U.K., Australia and various other parts of the world, Mayes - as the sub-title of his book demonstrates - focuses mainly on the United States, and predominantly the south (he lives in Texas). And while Mayes' study is largely a regional one, it will be of interest to anyone and everyone with an interest in the mystery of the ABCs.

Mayes' particular area of research is on the large, unidentified and utterly black cats that have been seen roaming around the south for decades - maybe even for longer, as we soon learn. What are they? Are we looking at just one type of large cat? Or, are we talking about several different kinds? Are some of them escapees? Could there be a still-unknown kind of large cat?? To what extent does mistaken identity play a role in the mystery? What are we to make of the various photos that purport to show ABCs? These are just a few of the questions which are tackled in a responsible fashion in the 221-page-long book. 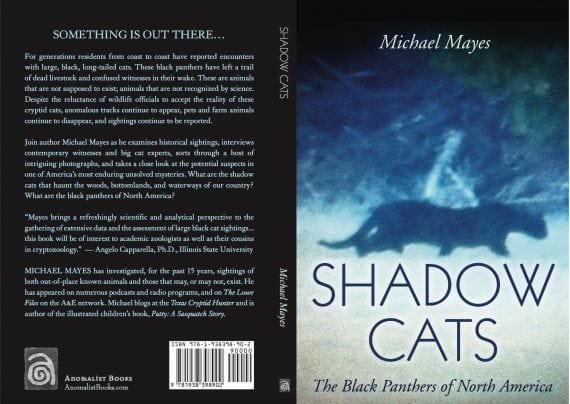 First and foremost, it's important - and refreshing - to note that Mayes makes a great deal of use of science and mainstream zoology. In addition, he applies a lot of restraint to his thoughts and conclusions. In other words, this is not a sensational, speculative study. In fact, quite the opposite. I would go so far as to say this is one of the best studies of the ABC phenomenon in the United States that I have read.

The book contains dozens of case-files, witness reports and testimony. Clearly, people are seeing something. And, for the most part they are sure that the ABCs are not over-fed pets or feral cats (although, as Mayes notes, the latter are a part of the story). For the most part, Mayes addresses matters relative to the likes of the Cougar, the Jaguar, Melanistic cats, and the Jaguarundi (the latter may be thriving to a degree that most people don't realize). Via witness reports and his own investigations, Mayes makes a very strong case that in certain parts of the south, people are indeed encountering large animals that mystify and worry them. In some cases, that terrify the witnesses.

Mayes does a good job of dissecting the eye-witness testimony. He does so in an unbiased and balanced fashion. The same can be said about the photos which appear in the pages of Shadow Cats. Some of the photographic data is impressive and eye-opening. And, almost all of it is presented in color, which is very welcome and significantly helps to appreciate what it is that people are seeing.

Mayes - to his credit - doesn't insist that we accept that all of the photos which have come his way genuinely show the likes of, for example, a jaguar with Melanism.  No. He looks at each case as an individual one. Some imagery Mayes finds impressive. Other pictures, somewhat less so. Mayes also approaches and communicates with experts in the big cat field, and he demonstrates his frustration concerning certain figures who - skeptical of the possibility that the south has such large, black cats in its midst - refuse to take a good look at his data, or engage in DNA identification. 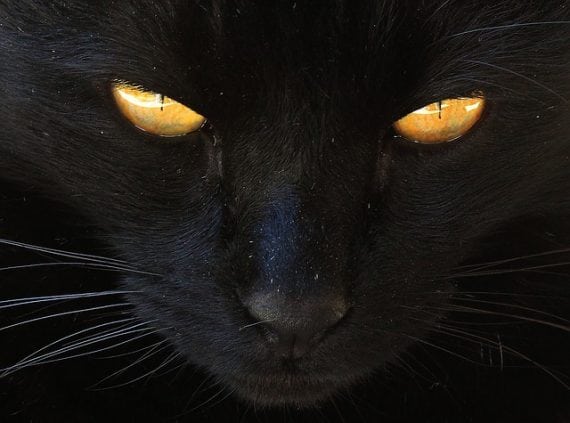 If you are interested in the Alien Big Cat controversy, you really should get a copy of this book, as it is a genuinely eye-opening study of a phenomenon that is often overlooked. Shadow Cats is a book that will fascinate those interested in the field of Cryptozoology, as well as those with an interest in zoology in general. And, if you are someone who investigates ABC reports outside of the United States,  you too can learn a great deal from Mayes' investigative techniques, his approach to the witnesses, and his careful analyses of the photographic evidence.

Shadow Cats is a very good, solid study undertaken by a man with a deep enthusiasm for his subject-matter.