The Boy Who Laid Eggs is Back Laying Eggs

John Lennon claimed that after receiving a letter about an English class studying Beatles' songs, he decided to write the most confusing lyrics that he could … and that song became “I Am the Walrus.” This news story is like that letter and that song … in more ways than one. Various Indonesians news outlets report that a 14-year-old boy is laying eggs … again! He made the news in 2015 when he allegedly laid the first ones, and now he’s started laying again and is up to 20. This is bad news for a 65-year-old man, also from Indonesia, who thought he was the only human in the world laying eggs. They are (wait for it) the egg men. Goo goo g'joob.

According to Kompas.com, 12-year-old Akmal was taken to Syech Yusuf Sungguminasa General Hospital by his worried parents on August 2015. They brought seven eggs they claimed he had “laid” in the past week out of the same orifice that chickens use for both laying eggs and pooping the coop. X-rays showed another egg  still in the ’chute’, but it apparently came out an hour later without medical help. The doctors, needing something to write on their forms, called Akmal’s condition corpus alienium -- the appearance of foreign objects in the human body (probably not covered by insurance) – and claimed they had no theory as to how the egg got there. Really? 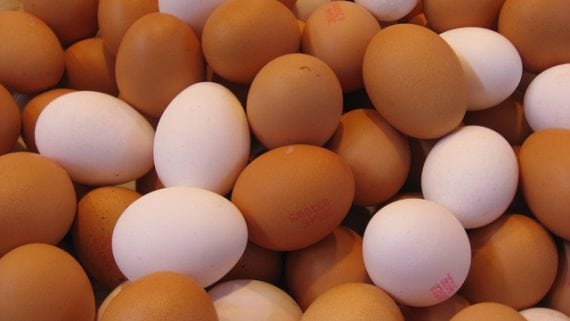 Well, they may have heard of the case of Kakek Sinin. In 2014, Detik news reported that Kakek complained to a co-worker about stomach pains and the co-worker proceeded to massage his belly. (Wow, talk about a company with a good health care plan!) Kakek reportedly checked his pants and there was an egg. While his co-worker was surprised, Kakek wasn’t – he claimed this was the fourth egg he’d laid since 1998 when he laid three in three months. Like Akmal, doctors couldn’t explain how this happened.

Yeah, yeah … we know what you’re thinking … did anyone bother to check the eggs?

Good question. While it seems no one did in these two cases, Akmal – now 14 – was recently back in the hospital again after laying more eggs – 20 more. This time, his father cracked one open.

As it was two years before, Akmal came in ‘with egg’ – actually, two this time – and the doctors at Syekh Yusuf Hospital in Gowa cracked them open and offered a new diagnosis:

“Our suspicion is that the eggs were deliberately shoved [into Akmal’s rectum]. But we did not see it directly. Scientifically [chicken] eggs cannot form inside the human body. It’s impossible, especially in the digestive system.”

They quarantined Akmal and so far he hasn’t laid any more eggs. Despite that, his father was offended by the accusations.

“He never swallowed eggs whole, why would he do that? I am an imam (cleric) in my village, so there’s no voodoo. I only believe in the Lord.” 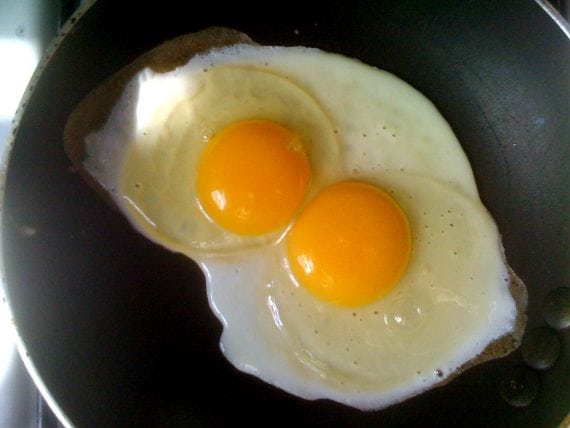 Who said anything about eating the eggs? And what about Kakek Sinin? In another report, he said this:

“I spent three weeks there. Doctors saw me lay eggs. They were 100 percent convinced, but said my condition had no cure and they eventually gave up.”

However, in this case the government got involved due to an alleged “public hysteria” about a man laying eggs. Bambang Suherman, chief of the North Jakarta health agency, allegedly took the eggs to a laboratory for testing because “Medically speaking, this is impossible.” If you’re holding your breath, let it out – there’s no record of the results.

What would John Lennon say?

Expert, texpert choking smokers
Don't you think the joker laughs at you (Ho ho ho, hee hee hee, hah hah hah)
See how they smile like pigs in a sty
See how they snide
I'm crying