As one of the richest (net worth of $20.9 billion, listed by Forbes as the 53rd richest person in the world) and most powerful (21st on the Forbes list of The World's Most Powerful People) people in the world, Tesla and SpaceX CEO Elon Musk is no stranger to controversies and conspiracies, especially when it comes to SpaceX launches and his deep interest in traveling to and colonizing Mars. UFO watchers seem to find UFOs at many SpaceX launches, including the ill-fated explosion on the launch pad in 2016 and this week’s successful launch of the Falcon Heavy rocket, whose payload was a Tesla Roadster with a dummy astronaut in the driver’s seat that was sent on a mission to Mars (although that seems to have changed – more on this later). But nothing beats the conspiracy theory floated on reddit and other Internet sites suggesting that the entire launch may have been a coverup for a murder!

“Elon Musk launched a car into space with a dummy in a spacesuit in the driver's seat. The idea is that the dummy is actually a corpse, hidden in plain sight on international news, and nobody will ever be able to find the person he killed.”

Wait a minute, you say. That certainly sounds plausible … as well as a great plot for a murder mystery. And the plot thickens.

“The real corpse is in the trunk.” 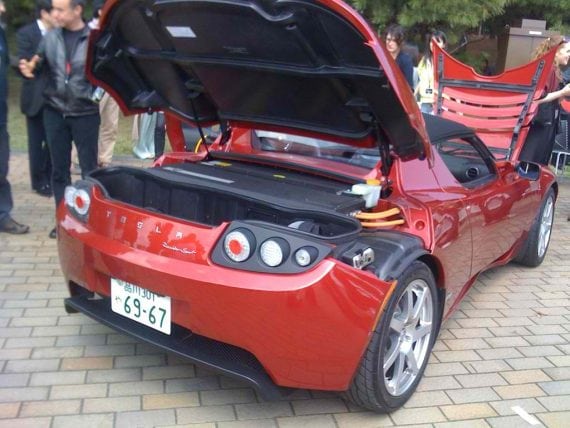 Whoa! The Roadster’s trunk is definitely big enough for a corpse. But who would Elon Musk want dead so badly that he would create such an elaborate murder scheme? That’s when the conspiracy starts to unravel. Suggestions range from Elon's  space and World’s Richest Man rival Jeff Bezos (he’s still alive) to actress Amber Heard (she’s still alive) to John Wick (you realize he’s not real, don’t’ you?) to Musk himself -- he's not dead but alive in the car heading to his ‘home’ planet while a clone takes his place here.

All together now... Really?

Well, there WAS that UFO spotted during the Falcon Heavy launch, right? As with most launches these days, UFOs spotted at liftoff are probably news or security drones. Something in the video feed from the Roadster in orbit was suspected to be space debris. And, despite the fact that it was Musk’s rocket, the launch took place using a NASA facility and was heavily inspected by NASA and government officials. If you don’t think these people are tough, ask Mad Mike Hughes.

Stepping back a bit, why would someone like Musk commit a murder he needed to cover up? Most celebrity murderers are impulsive killers or jilted lovers – think boxing promoter Don King, Oscar Pistorius, O.J. Simpson or Phil Spector. Does Musk act or talk like someone with something sinister to hide?

Why not just send another probe to track down the Roadster, pull it over and inspect the driver and the trunk? (Sounds like the first episode of CSI: Mars.) That’s where Musk DOES sound a little evasive, stating that the rocket overshot the trajectory to send the car around the Sun before flinging it to Mars and it will instead end up in the asteroid belt, possibly even approaching the dwarf planet Ceres.

That is, IF it survives that long. While Musk said it would be orbiting Mars for billions of years, most scientists think cosmic radiation will destroy the Tesla and its contents -- sinister or not -- within a year.

Do you think that may have been Musk’s idea all along?

Conspiracy or not (and the needle seems to buried deep in NOT territory), kudos to Musk and SpaceX for getting the world interested in launches and space travel again.