The Mysteries of the Slenderman

Right now, I have a new book out on the Slenderman issue. Its title: The Slenderman Mysteries: An Internet Urban Legend Comes To Life. I interviewed various key figures who have dug extensively into the phenomenon, all of whom provided valuable insights into the phenomenon and how it has caught the attention and imagination of untold numbers of people - and provoked tragedy too. When it comes to the thorny issue of theorizing what the Slenderman really is, or may be, there are few more notable figures in the subject than Ian Vincent, who I spoke with extensively. His writings on the subject include "The Slenderman: Tracing the Birth and Evolution of a Modern Monster," "Killing Slenderman," and "Slenderman: Five Years." 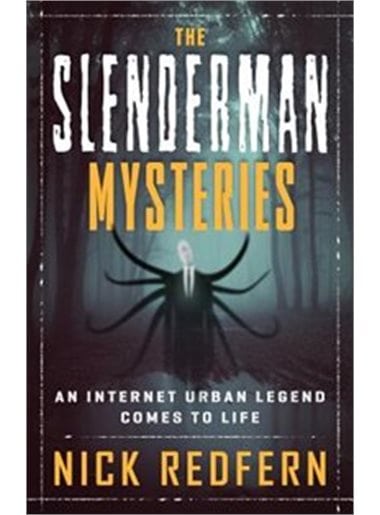 Vincent is a long-term student of the occult, a professional magician, and an exorcist. He says of the Slenderman: “You can project whatever you want on it; it’s neutral. I mean, there is nothing more neutral than a guy in a black suit. But, that completely faceless aspect of it just makes it that little bit more creepy - and there’s the elongated arms, too. Then, there’s this juxtaposition of the mundane – a guy in a suit - into an unusual setting."

He continues: "In most of the early stuff -  2009, Eric Knudsen, and the early stories - specifically it was forests that he kept appearing in. And, when you have a guy in a suit among the trees, it hits a particular kind of the apophenia we have for having once been a prey species one time in our development. If you see a bunch of stuff out of the corner of your eye that looks like it might be a predator, then you act as though it is a predator, because that’s an evolutionary-relative success. You see a guy in a black suit on the street and he’s just a guy in a black suit. But, you put him in a forest and he becomes a predator. That image really hits a spot."

Of the many and varied people who have studied and investigated the Slenderman controversy, certainly one of the most learned is Jenny White Coleman. She is the wife of acclaimed cryptozoologist and Bigfoot authority, Loren Coleman. Together, they run the International Cryptozoology Museum in Portland, Maine. In August 2014, Jenny Coleman’s important article on the Slenderman, titled “Shadows of the Thin Man,” was published in Fortean Times magazine. It provides the reader with valuable insight into the nature of the Slenderman and the phenomenon as a whole. In an interview in June 2017, I asked Jenny what it was that led her to immerse herself in the subject and what her thoughts on the creature, today, are. She told me: 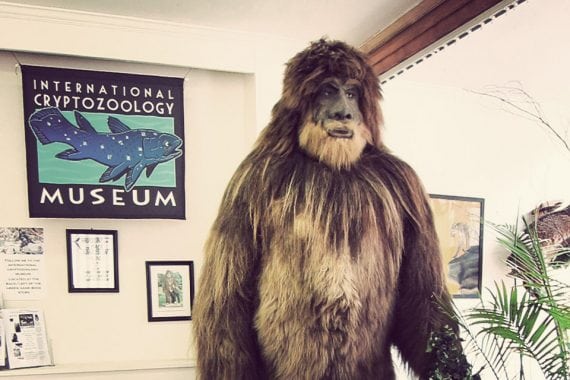 “Honestly, Slenderman freaks me out. It’s not a subject I enjoy, but one that has instead become ‘attached’ to me. Loren, back in 2014, advised me to write the FT article based upon the interest surrounding the girls’ stabbing attack of their friend; they of course committed the crime in order to ‘honor’ Slenderman and earn a spot in his forest castle. Now, I do enjoy true crime documentaries, books, and articles; especially if there is a fantastic element, and this case ticked all the boxes. However, I do feel Slenderman itself is pure evil.”

In her article, Coleman said that the Slenderman is the “reborn face of an ancient evil.” I asked her to explain what she meant by that. In Jenny’s own words, “In our current, Internet-, Smartphone-, iPad-obsessed culture, where people - especially young people - rarely look up from their screens, Slenderman is the opportunistic face, or mask, if you will, that evil has adopted. By ‘ancient evil,’ I mean supernatural evil. But, there are people who do not share my beliefs, and therefore this can be interpreted as ‘the worst of mankind.’"

Olav Phillips is the publisher of a popular magazine that delves deep into the world of all-things conspiratorial and mysterious. Its highly appropriate title is Paranoia Magazine. The Fall 2014 issue of the magazine gave considerable page space to the many and various controversies surrounding the Slenderman and included David Weatherly’s article, “The Tendrils of the Slenderman,” Clyde Lewis’ “Slenderman: Proof of a Modern Tulpa,” and “Slenderman Becomes Too Real,” which was penned by Loren and Jenny Coleman.

Phillips, having an interest in the overall phenomenon of the Slenderman, has made valuable observations and comments on the way in which the infamous creature has caught the attention of children in general and of one in particular: his very own son. Having a young child himself – a son with a fascination for the Slenderman – Phillips is in a prime position to address this specific aspect of the enigma. He said to me: “I remember speaking to my son and asked him if he had ever heard of the Slenderman – this was when I got into it, which was just a few years ago. He was about eight at the time and he gets real scared and he just says: ‘What?’ He asked me: ‘Where did you hear about that?’ I said, ‘On the Net.’ He was asking really softly, almost secretly, like it was something for him and his friends, but not for the grown-ups. It was their secret; their little club. Not mine." 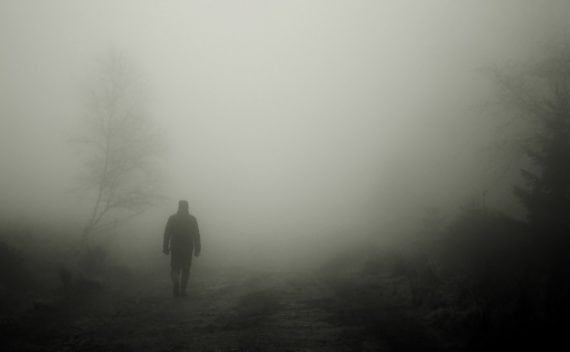 Phillips reveals something eye-opening in the extreme: “In my son’s elementary school, Slenderman was like their version of Bloody Mary. They were fascinated by it, but scared and mortified, too. Even in Grade two and three, my son said the kids were consumed by the Slenderman thing; completely consumed by it. With my son and his friends, there’s a lot of secrecy and paranoia with the Slenderman; you can’t tell people about this. They feel comfortable about talking about it with each other, because that’s their cohort. But when I come in – and I’m the old guy - I’m not supposed to know about that. That’s how they see it, I think.”

The final worlds go to Ian Vincent, who shared the following with me: "I would say that Slenderman shows us that the things we know – the things we really know - are the creations of our own imagination can take on a greater reality than we generally suspect. Or even give allowance for. There are ways, under the right circumstances, for any piece of mythology, or any piece of fiction – comic-books, novels, films - to take on a reality far greater than was ever intended. Sometimes, that can bite us. The flavor of the mythology isn’t always the governing factor, as to whether it becomes dangerous. It’s entirely situational. There’s a timing to it. Sometimes, it’ll be just a one-day wonder. Or, it might genuinely implant itself into peoples’ minds. But, if it’s the right idea, and at the right time, it can become a smash success. Like Slenderman."