“Greetings. I am a time traveller from the year 2036. I am on my way home after getting an IBM 5100 computer system from the year 1975. My ‘time’ machine is a stationary mass, temporal displacement unit manufactured by General Electric. The unit is powered by two top-spin dual-positive singularities that produce a standard off-set Tipler sinusoid. I will be happy to post pictures of the unit.”

On or about November 02, 2000, that message was posted on a public internet forum by someone who first called himself Timetravel_0 and then later changed to “John Titor” when he moved to Art Bell’s BBS forum. Old geeks or computer historians will remember that the IBM 5100 Portable Computer was a 55-pound luggable with a built-in keyboard, five-inch CRT display and tape drive and was powered by a 16-bit PALM (Put All Logic in Microcode) processor. It predated the IBM personal computer by 6 years and, looking back, it’s hard to imagine so little computing power in a time machine, let alone one moving not only a person but a 1967 Corvette through time. Wait, what?

Yes, John Titor claimed his time machine (pictures here) or “stationary mass, temporal displacement unit powered by two top-spin, dual positive singularities" was first installed in the rear of a 1967 Chevrolet Corvette convertible and later in a 1987 truck having four-wheel drive (is time travel that rough?). If that design sounds familiar, it's similar to the DeLorean-based time machine in “Back to the Future” which was released in 1985 – before 2000 when Titor first went public but after 1975 when he allegedly picked up his 1967 Vette.

Titor allegedly went back to his future on March 21, 2001, but left some information that was published in 2003 in “John Titor: A Time Traveler's Tale.” Unfortunately, most of the events he said would happen didn't actually happened -- there was no civil war brewing in 2004 and erupting in 2008; the Olympics in 2004 were not the last ones; the president in 2005 – George W. Bush – did not “try desperately to be the next Lincoln.”

However, Titor’s name does show up again in 2016 when Donald Trump was nominated for president. In a nutshell (possibly an appropriate allegory), Trump’s uncle, John G. Trump, was rumored to be in possession of Nikolas Tesla’s time machine plans, which he allegedly passed to his nephew. On the night Donald Trump was nominated in Cleveland, lightning hit Trump Tower in Chicago -- signaling to some that the time machine had been activated ... a time machine that may have been used by John Titor. Those are some pretty remote dots to connect but, then again, we’re talking about a time machine powered by a 1975 minicomputer in a 1967 Corvette! 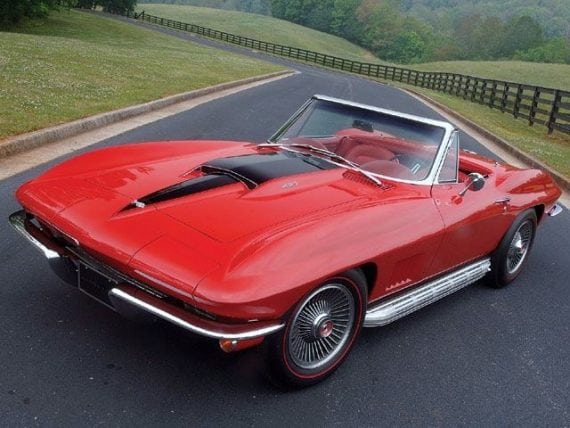 Just like the recent story of alleged time traveler Michael McIntosh, there are too many holes in the tales of Titor to be believable. It’s probably appropriate that they’re linked together in the latest one.