The Strange World of Energy Vampires

Have you ever met someone who just seems to make you tired? They may be friendly and personable, nothing necessarily wrong with them, disagreeable, or dislikable exactly, but for some reason parting ways with them makes you feel lethargic and drained. Many of you may know someone like this, may even have friends or significant others along these lines, but have you ever thought about why that might be? Well, according to some, these people, and even unseen entities lurking amongst us, could very well be what have been called “energy vampires,” or also “psychic vampires,” which greedily devour our life-energies to grow strong as we grow weak.

Contrary to the popular view of what a vampire should be according to horror fiction and films, the term of energy vampire instead encompasses a range of both people and other more mysterious beings that, rather than wielding fangs and drinking our blood, nevertheless feed off of our emotions and psychic energy for their own benefit, often leaving the victim drained, tired out, depressed, faint, sluggish, or with a heaviness in their head and limbs. Concerning human energy vampires, these individuals allegedly may do this intentionally or may not be aware that it is occurring, but the result is the same, with them feeling invigorated while the victim feels quite the opposite. 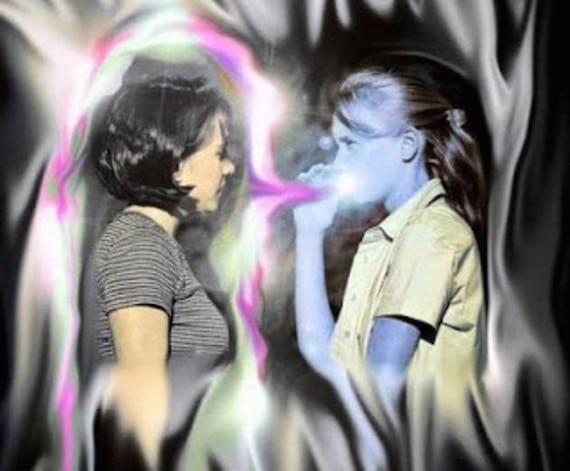 This is purportedly done through a sort of telepathic link, which allows them to attach themselves to one’s emotions and thoughts and suckle off the energy like a parasite. Typically these psychic vampires are said to be outgoing and extroverted, often loud, aggressive, strong-willed, pushy and overbearing, although they can sometimes go the opposite and be morose and negative, always complaining and lamenting on their ever day lives. A researcher of the phenomenon and self-professed medium named Craig Hamilton-Parker has said of these energy vampires and their effects thus:

Psychic vampires are people who do their damage by a telepathic draining of their victim’s auric energy, affixing themselves to it like a parasite. They are usually dominant, extroverted, and highly talkative. In extreme cases, they are very intense and sometimes slightly manic. In these individuals, fear is usually present in the background of their consciousness. You must learn to protect yourself from their negative influences.

If a psychic vampire becomes a close friend or a partner, the long-term effect can be very harmful. At first, neither of you will realize what is happening, but gradually you will become debilitated and have a lack of motivation and energy. People who are the victims of psychic draining usually have an emaciated physique, a pallid complexion, and an overall sense of weakness. They are often suggestible people and the complete opposite in many ways to those who display psychic vampirism.

A recurring theme throughout the literature of energy vampires is that they seem to tend to be typically the center of attention and very outgoing, but nevertheless have a secret insecurity, negativity, anger, repressed fear, or paranoia to them, as well as an irrational fear of rejection and of being abandoned or alone, as well as an enhanced dependence on others, all of which they will deny if confronted about it. Despite this they tend to be very charming and often quite successful in life, all the while displaying an inability to form true intellectual or social bonds with others. While some of these people may not do it intentionally, many of the more aggressive and predatory of these types of psychic vampires who do willfully steal this life-force will make sure they are always surrounded by people to draw off of, ideally those mentally weaker and less assertive than themselves, and to make it all easier these people are very often touchy feely, liking to shake hands, pat shoulders, kiss, and hug, which is said to greatly facilitate the whole process. 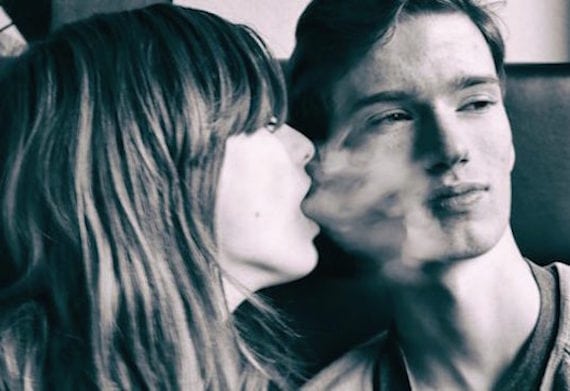 For some, this apparent ability to feed off of the energy of others is not necessarily always a supernatural power, but can also be rather a psychological effect, and there have been some efforts to differentiate the two phenomena. For instance in 1930 the British occultist, novelist, and author Dion Fortune wrote the book Psychic Self-Defense, in which she calls the phenomenon “psychic parasitism” and makes the distinction between true psychic parasites, meaning that they display some psychic paranormal power to do this, and those who have the same effects through mere mental or psychological conditions. In this latter case, the feeling of being drained or tired is simply a psychological effect caused by some people’s personalities, or even a shared delusion, but Fortune nevertheless certainly did believe that there were those among us who possessed the actual psychic power to literally feed off our energy.

This may all sound rather far-fetched, but the idea of energy or psychic vampirism is actually rather old, and has been around since time unremembered across various cultures around the world, where the type of energy fed off of goes by many names such as qi (or ch’i) in China, prana in India, and hiksi among the Hopi group of Native Americans, but basically it all comes down to some life essence or power being depleted by the vampire, spirit, sorcerer, or whatever. Various cultures speak of this, and of course these psychic vampires are not always human. 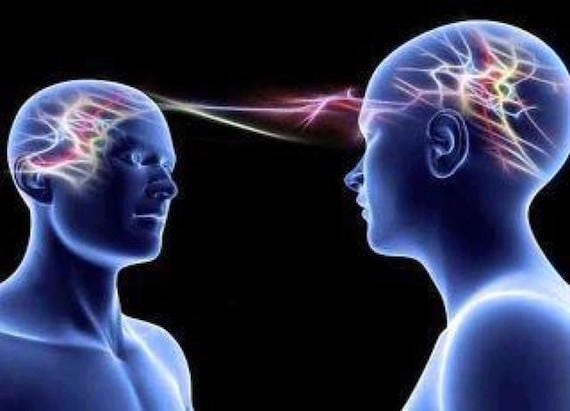 Besides the human energy vampires that allegedly walk among us, feeding off of our energy whether they mean to or not, there are also others that seem to be rather more a part of the spirit world, or even denizens of other dimensions. The philosopher and esotericist Rudolph Steiner wrote much of this concept, believing that there are malevolent entities that lurk beyond the veil of our perceived reality in some spiritual dimension, from which they project themselves to us in order to gather our energy or essence. He would write of these dark, sinister and mysterious entities thus:

There are beings in the spiritual realms for whom anxiety and fear emanating from human beings offer welcome food. When humans have no anxiety and fear, then these creatures starve. People not yet sufficiently convinced of this statement could understand it to be meant comparatively only. But for those who are familiar with this phenomenon, it is a reality. If fear and anxiety radiates from people and they break out in panic, then these creatures find welcome nutrition and they become more and more powerful. These beings are hostile towards humanity.

Everything that feeds on negative feelings, on anxiety, fear and superstition, despair or doubt, are in reality hostile forces in supersensible worlds, launching cruel attacks on human beings, while they are being fed. Therefore, it is above all necessary to begin with that the person who enters the spiritual world overcomes fear, feelings of helplessness, despair and anxiety. But these are exactly the feelings that belong to contemporary culture and materialism; because it estranges people from the spiritual world, it is especially suited to evoke hopelessness and fear of the unknown in people, thereby calling up the above mentioned hostile forces against them. 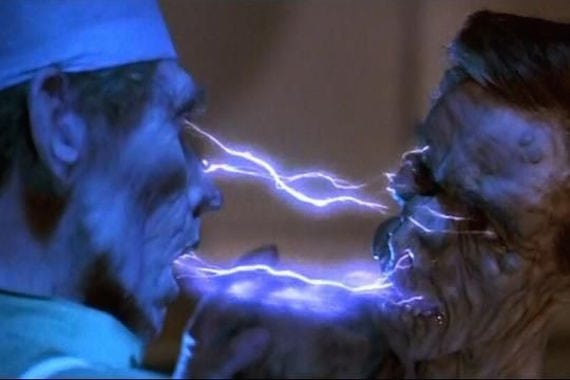 Indeed, in stories and legends throughout the world, many types of purported mysterious, supernatural, or mythical beings could fit this description and exhibit energy vampirism to some extent. One example of this more supernatural type of psychic vampire could be dream demons, which are entities that reportedly come to people in their sleep or in that domain between sleeping and waking, where they feed off the fear and panic of their victims and which I have written of here before. Others are the phenomenon of Black Eyed Kids, which are said to drink in the fear and panic they cause, and even the Men in Black have been reported to leave people feeling drained and empty after an encounter. There are certainly others, and it shows that the power to draw off of emotions and life-force is an ability seemingly common among creatures in the world of the unexplained.

So, how does one protect themselves from this onslaught of forces seeking to feed off of our life force? Whether human or otherwise, there are certain things that are said to protect against energy vampirism. One is to keep a quartz crystal handy at all times, as this is supposed to greatly hinder their ability to feed off of you. It is also recommended that you never look a suspected energy vampire directly in the eyes, and if you must do so it is thought that you should look only at the left eye, as this is said to be the more passive of the two. It is better to stand as far away from an energy vampire as possible and avoid any physical contact. You can also protect your aura by folding your arms and crossing your legs, as well as building up a mental barrier by practicing visualizing some sort of wall, armor, or shield to deflect the assault. Finally, it is typically recommended to take care of one’s physical and mental health, as energy vampires supposedly always go for the weaker and easier targets.

Is there anything to all of this, or is this just a bunch of metaphysical mumbo jumbo? Are there parasitic people or entities out there that stalk our numbers leeching off of our energy and life-force? There is no real way for us to know, but it is interesting how this has been a theme that has been present in many different cultures and taking the same form in one way or another; beings that can use our life energies for their own gains at our expense. Perhaps there is more to it than we know.

Kim Wilde Sees a UFO and Fears an Alien Abduction