The (Very!) Strange Saga of the Invisible Bigfoot

Most investigators of the Bigfoot phenomenon take the view that the beasts they seek are flesh and blood animals that have been incredibly lucky, in terms of skillfully avoiding us, or getting captured and killed. There is, however, another theory that may explain how and why Bigfoot always eludes us, at least when it comes to securing hard evidence of its existence. It’s a theory that posits the creatures have the ability to become invisible – that’s to say, they can “cloak” themselves so that we do not see them. It’s a theory that the bulk of Bigfoot enthusiasts have absolutely no time for. Regardless of what people think of the extremely controversial theory, though, there is certainly no shortage of reports.

Native Languages notes the following: “The Bigfoot figure is common to the folklore of most Northwest Native American tribes. Native American Bigfoot legends usually describe the creatures as around 6-9 feet tall, very strong, hairy, uncivilized, and often foul-smelling, usually living in the woods and often foraging at night...In some Native stories, Bigfoot may have minor supernatural powers - the ability to turn invisible, for example - but they are always considered physical creatures of the forest, not spirits or ghosts.” 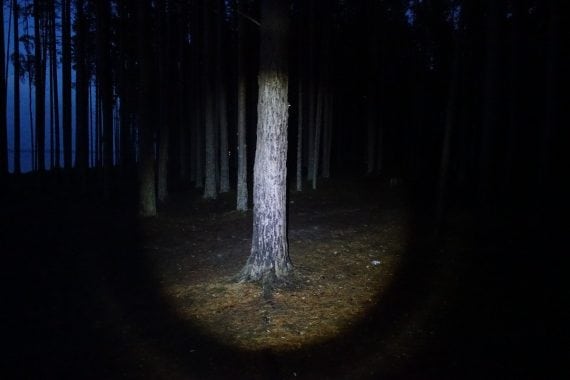 Native Americans certainly aren’t alone. Bhutan Canada says: “In 2001, the Bhutanese Government created the Sakteng Wildlife Sanctuary, a 253 square-mile protected habitat for the Migoi. The sanctuary is also home to pandas, snow leopards, and tigers but the Bhutanese maintain that the refuge was created specifically for the Migoi. Migoi is the Tibetan word for ‘wild man’ or more common to Western culture, the Yeti...The Migoi is known for its phenomenal strength and magical powers, such as the ability to become invisible..."

Davy Russell, who, in 2000, wrote a feature titled Invisible Sasquatch, cites a case from 1977 and which may be relevant to this particularly charged area of research. The location was North Dakota: “A Bigfoot-type creature was spotted throughout the afternoon and into the evening. Locals, along with the police, staked out the area to search for the mysterious creature. A rancher named Lyle Maxon reported a strange encounter, claiming he was walking in the dark when he plainly heard something nearby breathing heavily, as if from running.”

Russell continued that Maxon shone his flashlight in the direction of where the sounds were coming from, but nothing could be seen. Puzzled and disturbed by the encounter, Maxon gave serious thought to the possibility that the beast had the ability to render itself invisible to the human eye.

In April 2012, researcher Mai-Li said: “This past week, I had several wonderful conversations with a gentleman named Thomas Hughes. Thomas has been communicating with numerous Sasquatch since his first encounter in April 2008.  He has a wealth of knowledge about their existence and whereabouts, some of which he shared with me." She added that Hughes told her: “They have the ability to raise their frequency just enough to be able to become invisible to humans.  They fear humans – seeing them as their greatest threat. So, most of the time, they go invisible when humans are around to avoid being hunted and killed." 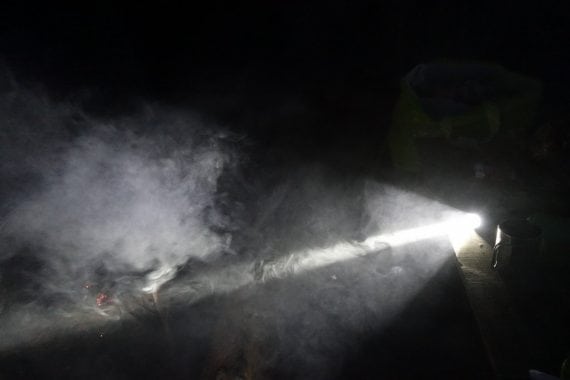 On a similar path, Soul Guidance offers that Bigfoot is “able to shift the frequency of their physical body, by which it phases out of this physical dimension, and thus enters another dimensional world that lies behind this one…Bigfoot can also shift partially, so they become invisible but are still partially in this physically world. In this partial state, they can follow someone around, invisibly, and their movements can be heard and seen."

Most Bigfoot-seekers roll their eyes at such claims. But, such reports most definitely exist and they are not few in number. They are often dismissed - hidden even - but that doesn't take away the fact that the reports are out there to be found.