Truck Driver Destroys Parts of the Nazca Lines in Peru

From now on, when you Google “This is why we can’t have nice things,” a copy of this story should come up first. On January 27th, 2018, a truck driver ignored numerous warning signs and drove his semi-trailer over three of the 2,000-year-old geoglyphs better known to the world as the Nazca lines. Reports say that the truck made “deep scars” in the ground, causing severe and irreparable damage to the lines. What could have possessed him to do this?

From now on, when you Google “cheap truck drivers,” a copy of this story should come up first. According to Clarin, Jainer Jesús Flores Vigo claimed he was lost but actually drove off the Pan American highway at kilometer 424 to avoid paying a toll. The Peruvian Culture Ministry reported that the damaged area measured 50 by 100 meters ( (104 by 328 feet) and covered parts of three geoglyphs. 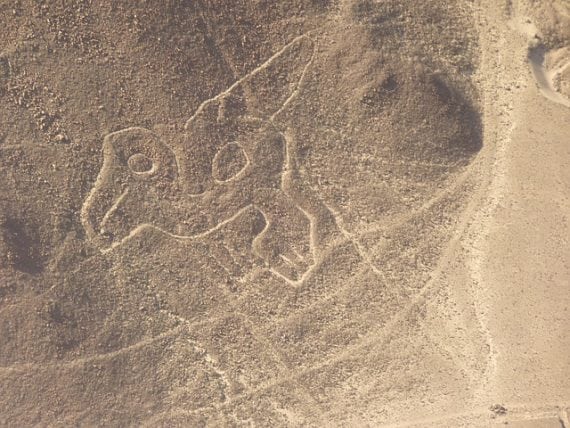 Well, at least they caught the driver. Knowing how much Peruvians love their Nazca lines, the court sought to throw more than a book at this guy -- the Culture Ministry demanded nine months of preventive detention and a $1,550 fine while the investigation continued. He probably got it, right?

From now on, when you Google “what the hell is wrong with our courts,” a copy of this story should come up first. According to Peru21, a judge ruled that there was insufficient evidence to prove that the driver acted with intent and he was released. An appeal is pending.

Is there any good news? That depends on your definition of “good.” Let’s put it this way, if you Google “good news,” this story won’t come up for a few thousand pages. The damage was done to three straight lines. While they can never be returned to their original state, at least the driver didn’t do donuts over the rest of the 450 square kilometers of figures. However, if you believe that the lines were made by aliens as part of an elaborate map and landing strip, you may want to go along the border of the area and scratch a “We’re really sorry about this” message in giant letters in the dirt … along with some birds and lizards. 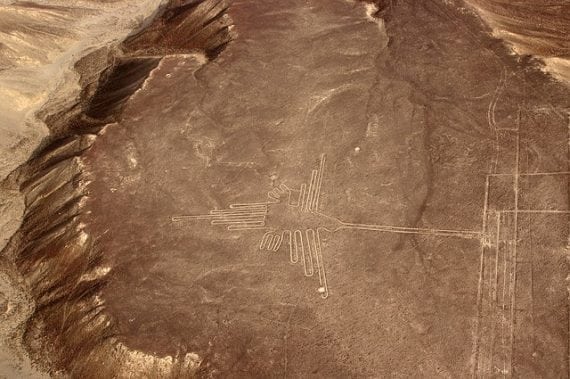 In the meantime, the Culture Ministry plans to beef up security around the lines and use drones for nighttime surveillance. Will it help? An archeologist for the lines told the media that incidents like this occur “daily” and the only reason this one got publicity is that someone was there to take pictures and post them on social media. (video here)

From now on, when you Google “stupid people the aliens should abduct and not return,” a copy of this story should come up first.

More On Those Designer Babies