Leave it to The Siberian Times to turn a terrifying story about mutant fish being caught in a river near Russia’s most famous rocket site into a terrifying story about a fisherman catching an underwater horned dragon, bragging about it to his friends (as fishermen do), eating the creature despite warnings it may be radioactive (vodka was probably involved) and then posting pictures of the horned head of the scary-looking water beast. Should locals be afraid of the river, the fisherman, the government or the media?

According to the report, the fisherman, Alexey Volkov, caught the two horned creatures last fall but waited until now to tell the story (pictures here). Perhaps he’s concerned (he ate all but the heads) after hearing about all of the fuel and discarded radioactive parts from rockets launched from Kazakhstan’s Baikonur Cosmodrome and falling into the Irtysh River, also in Kazakhstan just 1800 km away but on the flight path of many rockets … and Alexey's (and many others) favorite fishing spot. 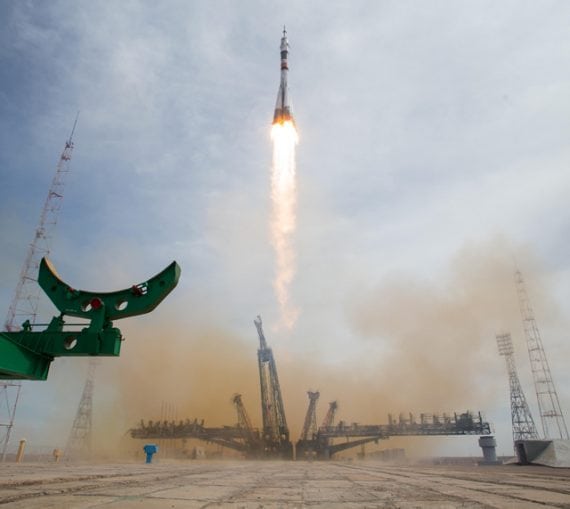 “I was impressed with the catch. One of the pikes was 14 kilograms, another one was 7 kilograms. They had horns bent back towards their tail; the smaller fish had four horns.”

Yes, Alexey assumed the dragon-ish creatures were pike, a popular fish in the river, and, despite the horns, he was holding 21 kg (46 lbs.) of tasty fried filets. So, despite warnings from his friends, he ate the fish but dried the heads and kept them in his garage.

Alexey didn’t die or sprout horns, but locals who heard about the strange fish wanted answers, not just because of the rocket fuel but also because the river gets runoff from the nearby abandoned Tarsky Mining and Processing Combine. Is whatever gave these poor pikes their protuberances also causing illnesses in local children?

“No” and “no,” according to an article called “Pikes with Horns” by Dr. E. J. Crossman and an analysis by Arkady Balushkin, chief of the Ichthyology laboratory of the Russian Academy of Sciences Zoological Institute. Crossman found reports of at least 6 horned pikes in the U.S. and Canada and attributes them to be bony anomalies that are unusual but not uncommon in many fish. While he didn’t examine the fish head in person, Balushkin thinks rocket radiation or mine pollution would give the fish (and humans) tumors, not horns. (Does he work for the government?) 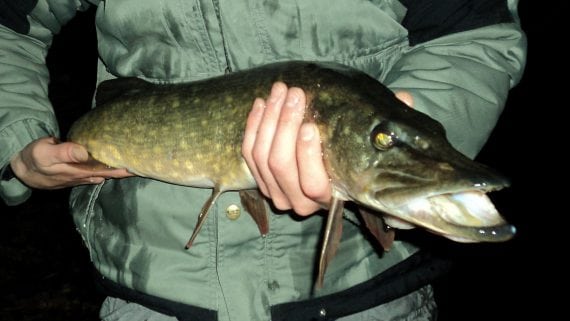 Pike are big, scary-looking fish and The Siberian Times justifies its “horned dragon” headline by pointing out that Siberia’s indigenous people referred to them as underwater dragons and sometimes described them with horns. There are even theories that the Loch Ness monster and other similar lake monsters may be a big pike.

So Alexey is OK after eating the strange underwater dragons, but locals are still worried about pollution from the skies and the waters and are waiting for answers.

We will always have stories of monsters … only the names change.