The American Civil War may be about to start up again … and not for any of the reasons you might think. FBI agents, Department of Conservation and Natural Resources (DCNR) employees and other unidentified people with shovels have descended upon the tiny town of Dents Run, Pennsylvania, looking for a cache of gold bars lost just before the Civil War battle of Gettysburg that could today be worth upwards of $54 million. However, the new civil war won’t be between the North and the South – this one will be between the government and the treasure hunters who claim they found the location of the buried gold as far back as 2005 and have been denied their rights to it. There you go … it’s all about ‘rights’ again.

Here's how this gold war began, according to a Pittsburg Post-Gazette article about a 1983 story in Lost Treasure magazine. In June 1863, President Lincoln ordered two wagons with false bottoms to carry anywhere from 26 to 52 gold bars weighing 50 pounds each from Wheeling, West Virginia, 400 miles north to Pennsylvania to pay the Union troops stationed there. To avoid Confederate troops, Union troop leader Lt. Castleton was ordered to first travel to Harrisburg and then to the U.S. Mint in Philadelphia. According to the legend, none of Castleton’s group of eight cavalrymen and one guide named Connors knew about the gold. 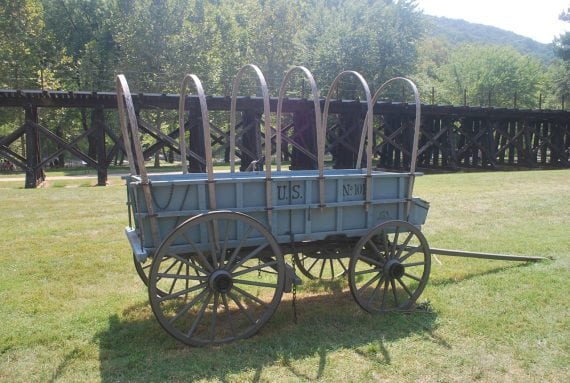 That’s where the bad news begins. Castleton got the fever (not a good thing in those days) and Connor took over for a while. Still feverish, Castleton took over and made a number of course changes, including a plan to build a raft and float down the Susquehanna River to Harrisburg. Also while feverish, Castleton made the mistake of telling the troops about the gold. After a rest stop in St. Mary’s PA, they headed towards Driftwood. The gold never made it and various conflicting accounts of what happened confounded ever finding it. One version had all but Connor getting killed by robbers. Another had the group split up because of Castleton’s fever, with the lieutenant’s group taking the gold and disappearing.

The Army sent Pinkerton detectives disguised as prospectors and lumbermen to clandestinely look for the gold, but they obviously never found it. Nor did anyone else looking for it after word got out. In 1975, amateur fortune hunters, now called Finders Keepers USA, claim they heard about the gold from a ‘mysterious stranger’ and began looking, using a map he drew for them. In November 2004, they claim to have found a fire pit in Dents Run where human skeletons were allegedly discovered in 1876. Because it was in a state park, they were told to stop looking. Dennis Parada, founder of Finders Keepers, claims he used a metal detector to determine there was a large amount of metal about eight feet down at the site. According to most news accounts and his website, he’s been fighting for the right to dig there ever since. 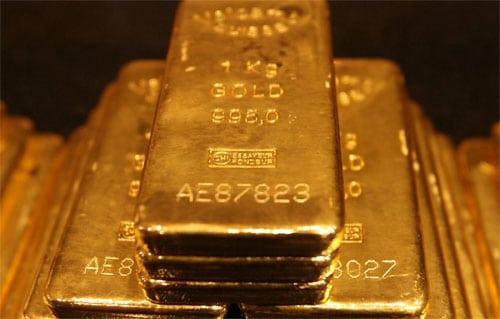 Which leads us to today. WJAC and other Pennsylvania and national news outlets reported that “dozens of FBI agents, along with Pennsylvania state officials” had arrived in Dents Run, 27 miles from St. Mary’s. FBI spokeswoman Carrie Adamowski told CNN that the FBI personnel were "carrying out court-authorized law enforcement activity in Elk County." Standing a discrete distance away and watching were Dennis and Kem Parada, owners of Finders Keepers, who still believe … well, you known their name.

Is there $54 million worth of Civil War gold buried in Dents Run? Will the FBI abscond with it? Do the Finders Keepers have a right to it, even though they didn’t do the final digging?

Should Ken Burns start working on a new special?