A Controversial Movie and the FBI

On February 28 of this year, the FBI posted to its website, The Vault, its now-declassified file on Stanley Kubrick. He was the director of numerous movies, including 2001: A Space Odyssey, Dr. Strangelove, A Clockwork Orange, and Eyes Wide Shut. The file only amounts to four pages, so there isn't that much said about him. We are told, however, that "...Kubrick was an old chess-playing friend of [Deleted] who has been the subject of a security-type investigation conducted by this Bureau. [Deleted] reportedly had a large circle of communist associates."

What's more intriguing, though, are the references in the file to a controversial movie of 1964, Seven Days in May. It’s an absorbing, thought-provoking story that tells of an attempted military coup to take control of the U.S. Government. The authors of the novel that the movie was based on were Charles W. Bailey II (who died in 2012 at the age of eighty-two) and Fletcher Knebel who, in 1960, wrote a chapter on JFK for a book titled Candidate 1960. 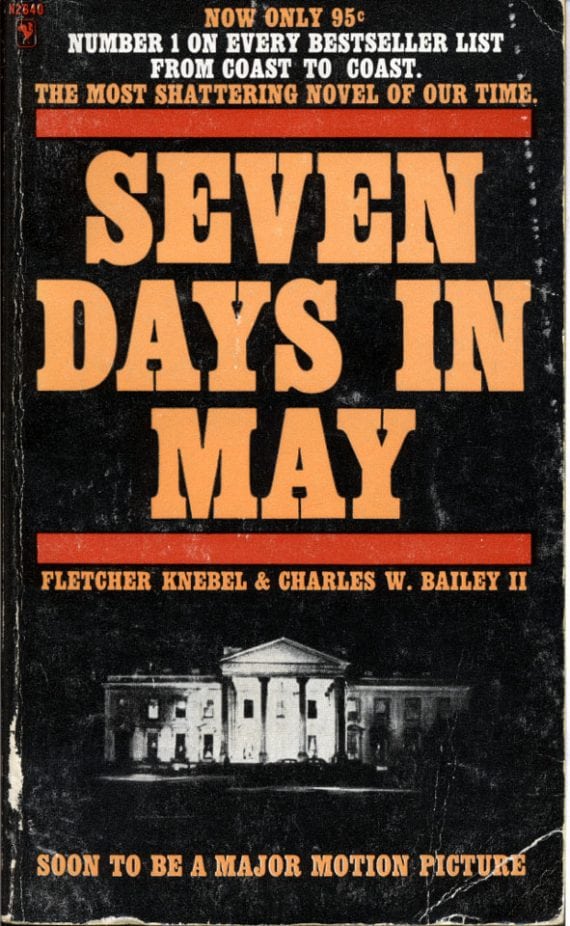 Seven Days in May starred a number of major movie-stars of that era, including Kirk Douglas, Ava Gardner, Burt Lancaster, Fredric March, Martin Balsam, and Edmond O’Brien. In the story, Lancaster’s character of General James Mattoon Scott secretly initiates a plan to take over the elected U.S. Government (run by President Jordan Lyman and played by March). General Scott sees President Lyman’s plans to enter into a nuclear treaty with the Soviet Union as weak and ineffectual and a danger to U.S. national security and to the American people. The battle is then on, with General Scott trying to ensure the coup succeeds and President Lyman doing his utmost to stop it. But, why is Seven Days in May referenced in the Kubrick file? Let's see.

On March 20, 1964, the FBI recorded the following in a Confidential-level memo: "Admiral [Arleigh A.] Burke, U.S. Navy (Ret.), good friend of Bureau, has contacted Assistant Director Sullivan to state that movie 'Seven Days in May,' which tells of abortive plot of military clique to seize control of U.S. Government. Burke is in receipt of letters concerning recent attacks on military. One letter alleges communist connections of movie's cast, namely, Fredric March, Burt Lancaster [deleted] and Ava Gardner."

The document continues: "Another letter cites two new books, 'The Passion of the Hawks,' by Tristram Coffin, and 'The Military Establishment,' by John Swomley, and another new movie, 'Dr. Strangelove or: How I Learned to Stop Worrying and Love the Bomb,' produced by Stanley Kubrick, all of which derogate military." That's how Seven Days in May came to be referenced in the Kubrick file. And, although there is little more on Kubrick, there is certainly more on Seven Days in May.

The FBI's memo continues: "Fletcher Knebel, one of co-authors of 'Seven Days of May,' criticized Director in 'Look' magazine in 1955. Fredrick March and wife were subjects of closed security cases alleging them to have been Communist Party members and active in communist fronts in past...Burke stated that he had seen the film, which portrays every military and civilian leader in it as a man of great weakness, and he feels that the picture is detrimental to the Nation. His appraisal of the picture has appeared in the press, and, as a result, he said, he has received several letters." The document also refers to one of Admiral Burke's correspondents as stating that Burt Lancaster was a "zealous Moscow stalwart." 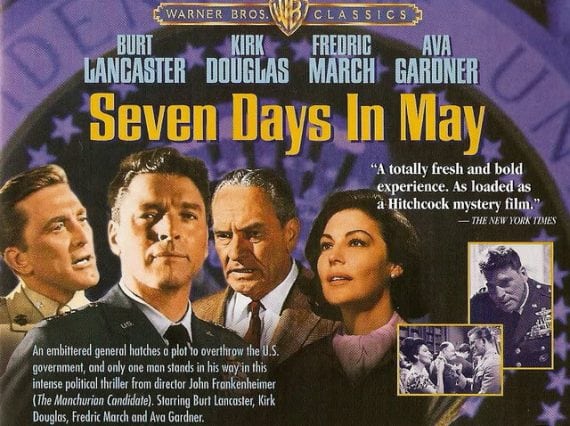 The FBI concluded with these words: "It is entirely understandable why a military leader of Admiral Burke's stature would find the theme of 'Seven Days in May' -- even though it is pure fiction -- offensive because it does tarnish the image of the American military."

In some ways, at least, this kind of reminds me of how the military wasn't too happy when Area 51 was portrayed in 1996's Independence Day. This new file provides some interesting insight into the connection between Hollywood and government agencies.

The Deepfake Phenomenon: Telling “Fact From Face” in a World of Digital Fakery