“A Large Animal…Like a Baboon”

If you are interested in learning more about the Bigfoot phenomenon, you can, of course, find numerous accounts in the vast numbers of books that have been written on the topic. They include Loren Coleman's Bigfoot!, Lyle Blackburn's The Beast of Boggy Creek, and Janet and Colin Bord's Bigfoot Casebook. There is, however, another way of obtaining data - and very often obscure but extremely interesting data. It's by digging deep into the pages of old magazines. Such publications - and particularly regional ones - often prove to be very profitable when it comes to chasing down old and seldom seen tales of the weird kind.

A perfect example of this can be found by taking a look at an old, 1947 issue of the Hoosier Folklore. The issue in question included a piece that described sightings of a strange "Baboon"-like animal seen in some of the southern parts of Illinois in the early years of the 1940s. The article states:

"Another type of story that is of much more concern to us here in Southern Illinois nowadays is the 'strange beast' legend. Every few years some community reports the presence of a mysterious beast over in the local creek bottom. Although it is difficult to determine just where a story of this sort has its beginning, this one seems to have originated in the Gum Creek bottom near Mt. Vernon. During the summer of 1941, a preacher was hunting squirrels in the woods along the creek when a large animal that looked something like a baboon jumped out of a tree near him." 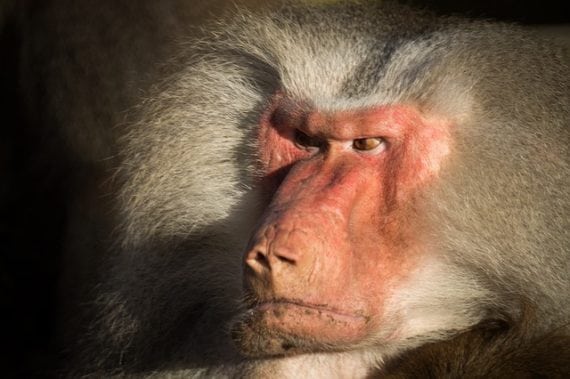 The beast suddenly began to walking towards him - and in a completely upright position, no less. The story continues that the unnamed preacher took a proactive approach to the presence of the whatever-it-was: he gave it an, ahem, almighty whack with the barrel of his gun. That aforementioned whack seemed not to have had much of an effect, though, so the man fired a couple of bullets into the air, in an effort to scare it away. Evidently it worked, as the man lived to tell the tale.  But, the story was not over, as the Hoosier Folklore staff noted:

"Later the beast began to alarm rural people by uttering terrorizing screams mostly at night in the wooded bottom lands along the creeks. School children in the rural districts sometimes heard it, too, and hunters saw its tracks." Moving onto 1942, we're told that "the animal" had people in a definitive "enough is enough" mode. Not only were people living in states of fear, but a local farmer's dog was reportedly killed by the marauding monster. This time the location was the village of Bonnie, Illinois. In no time at all a "mass hunt" was launched by the local folk - something which provokes imagery similar to that in one of those old black and white Frankenstein movies of the 1930s and 1940s. The Hoosier Folklore article reveals that no sooner had the hunt begun when the creature moved on, perhaps aware that it was being pursued. 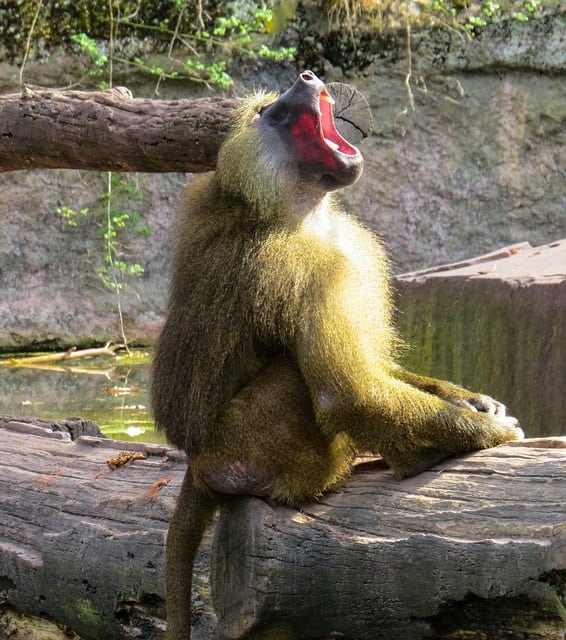 Nevertheless, that didn't stop the quest(s) to find the beast, as a read of the article shows: “A man driving near the Big Muddy River, in Jackson County, one night saw the beast bound across the road...Its rapid changing from place to place must have been aided considerably by its ability to jump, for, by this time, reports had it jumping along at from 20 to 40 feet per leap." Of course, such a leap is not just unlikely, but impossible (unless, that is, it was an American equivalent of Spring-Heeled Jack...)."

As the article got to its end, we're informed of the following: "It is impossible to say how many hunters and parties of hunters, armed with everything from shotguns to ropes and nets, went out to look for the strange beast in the various creek bottoms where it had been seen, or its tracks had been seen, or its piercing screams had been heard. Those taking nets and ropes were intent on bringing the creature back alive."

Intent they surely were, but that didn't help their quest. The monster vanished. Whatever that "baboon"-like thing was, it was never identified, caught or killed.