A Supernatural Snake in the Dead of Night

Over the past few days I've done a number of interviews with radio hosts on the subject of my new book, The Slenderman Mysteries. One of the things that has cropped up on several occasions is that of sleep paralysis. The reason being that there are a number of cases where witnesses claim to have seen the Slenderman while in a sleep paralysis style. Of course, there are down to earth explanations for the phenomenon. For example, WebMD state: "Sleep researchers conclude that, in most cases, sleep paralysis is simply a sign that your body is not moving smoothly through the stages of sleep."

It scarcely needs mentioning (but I will...) that not everyone who has experienced sleep paralysis believes that it is caused by the complexities of the human mind and little else. Rather, there are those who suspect that they experienced an encounter with something supernatural and hostile - whether one of the black-eyed, dwarfish aliens of Ufology, a demonic entity, or what has become known as the "Old Hag." The experiences can vary from weird to downright terrifying. Sometimes, it's complete paralysis. On other occasions it's partial. 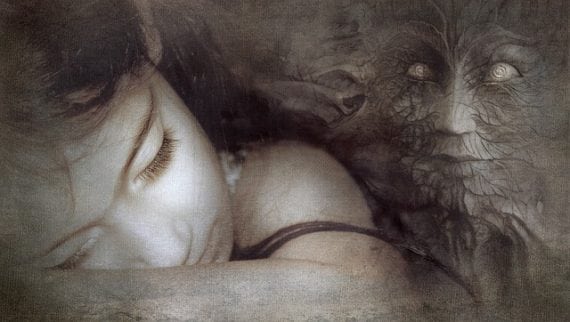 Certainly, one of the most graphic examples that was brought to my attention years ago came from a good friend named Neil Arnold. Neil is the author of many books, including Monster! and Shadows in the Sky. From 2001 until last year, a conference was held in the U.K. called The Weird Weekend. The gig focused on everything from lake-monsters to Bigfoot, paranormal phenomena to UFOs, and the Orang-pendek to the  Mongolian Death Worm.

I happened to be back in the U.K. to attend and speak at the August 2009 WW event. Neil was there, too, with his girlfriend Jemma (now his wife). It was at the conference that something terrifying happened to Neil and Jemma. Neil's lecture at the Weird Weekend covered a wealth of subjects, including the notorious saga of London, England's notorious "Highgate Vampire." As was usually the case at the Weird Weekend, we would bring down sleeping-bags, tents etc and crash out in the grounds of the gig. Neil and Jemma decided to get a room at a local village, Bucks Cross - and it was in that same room that something appeared. 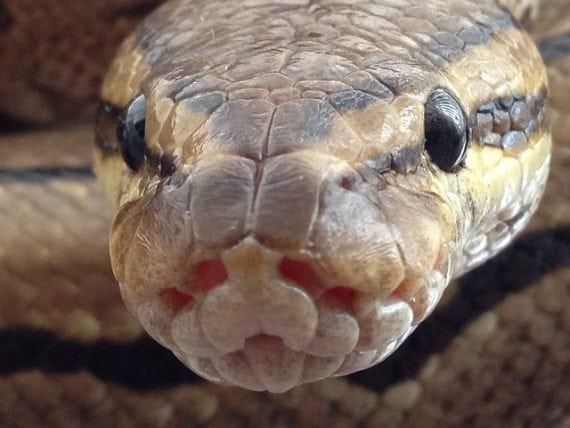 All was good until around 3:00 a.m., early on the Sunday morning. That was when Neil found himself plunged into a world of horror and fear. He was suffering from something "constricting" around him, something which was associated with a "heavy weight." Nothing less than a huge snake had got its grips into Neil. When morning came, Neil told me what had happened: in the dead of night the bedroom in which Neil and Jemma were sleeping was suddenly invaded by a huge snake. It had a pale color and blotches on its enormous head. Indeed, Neil said that based on the size of the head, the creature must have been around 25-feet in length. In seconds, the constricting began - on Neil's arm. Then the pressure spread to Neil's right leg.

In Neil's own words: "At this point Jemma was yelling my name, unaware of the horror that had coiled around me. I made for the door, but it dragged me back, heavily grazing my knees as they made contact with the carpet. I wrenched my left leg from its gasp only to see it coil around Jemma's legs. I pulled at her, and also attempted to open the door. Suddenly the horror dissipated and it was over." 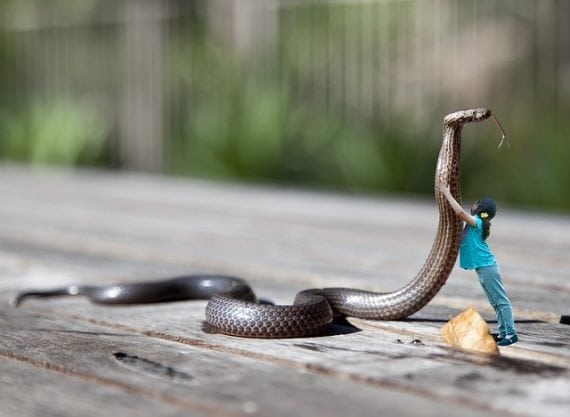 Interestingly, Neil revealed to me at the WW that although Jemma did not see the huge snake, she did feel both "constricted" and "smothered." The reason why this is particularly interesting is because, for the most part, sleep paralysis generally just affects one person. Yes, there are other cases of more than one victim, but they are outnumbered massively by the solitary accounts. As Neil noted, "People will tell me it was a dream." He added, however, that on previous occasions he had "been attacked in my bed by several vampyric amorphous blobs." And, no less, when he was awake. On this occasion, though, Neil mused on the idea that he may have "drifted into some astral place."

Neil was keen to let everyone know that he did not believe - at all - that a real, huge snake was in the bedroom. Such a possibility isn't a possibility. He did suggest, though, that "...I believe that what I saw had something to do with my lecture. It's happened before and it will probably happen again. But where these things come from, I do not know, but in every case of being attacked I've either been drained of energy or blood."