An Obsession With An Alien Who (Probably) Never Existed

Born just a couple of years before the 20th century began, Truman Bethurum was a man who had problems keeping a regular job. He was also someone who was hardly a success when it came to the matter of marriage. He was married and divorced twice and spent his old age with his third wife. Bethurum also happened to be one of the more well-known of the so-called "Contactees" of the 1950s. Bethurum claimed that while working as a maintenance mechanic on a new stretch of Nevada highway in the early 1950s, he met an über-babe from the stars named Aura Rhanes. She was the captain of the star-ship which descended before Bethurum on Mormon Mesa, in Nevada’s Moapa Valley. The home-planet of the ETs was Clarion, about which Bethurum learned a great deal. And Bethurum didn't just meet with his space-chick once, but on more than a dozen occasions.

Bethurum’s entertaining experiences increased, as did his relationship with the flirty Captain Rhanes. For a significant period of time, Bethurum and Rhanes had clandestine meetings, usually late at night. They generally occurred in isolated desert locations in Nevada, where, after Rhanes’ huge ship landed, the pair had long and deep conversations about the state of the Earth, the Soviet threat, and the captain’s home world - to which she promised to take Bethurum, one day. While Bethurum did not explicitly say so, there are a few nuggets of data in Bethurum’s collective work that suggest on a couple of occasions the pair might have had just about the closest and most intimate encounters of all. It’s hardly surprising, then, that many UFO researchers outright dismiss Bethurum’s story as a hoax, or as a fantasy born out of Bethurum’s unhappiness with his private life.

I don't think that Bethurum had real encounters with a genuine, hot, space captain from some faraway world. But, I don't think it was just a case of Bethurum fantasizing or spinning a significant number of yarns to entertain the UFO enthusiasts of the 1950s. Remember that when Bethurum got that new work contract in Nevada, and he began talking about encounters with aliens (and one alien in particular...), his second marriage was already on the rocks. Clearly, he was looking for something (or, more correctly, someone) new. 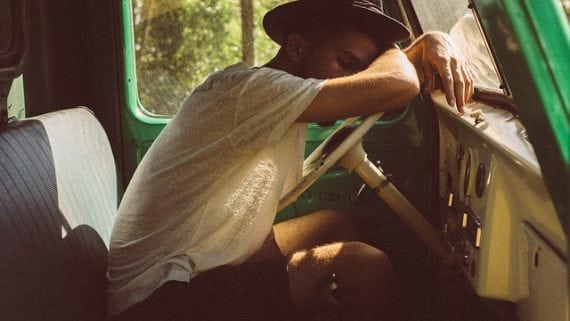 It should be noted that a number of Bethurum's encounters with the curvy captain occurred late at night and while he was out in the desert and just after taking a snooze. This latter point of Bethurum dozing off before Aura appeared is important, because his own words strongly suggest that he was in a hypnagogic state when he encountered the woman-who-probably-never-was. Psychonautwiki note of hypnagogia that it "...is the experience of transitioning from wakefulness to sleep. During this state, one usually experiences visual, auditory or tactile hallucinations, or sleep paralysis...Exceptionally, longer-lasting auditory hallucinations can also be heard, such as music. Some people report hearing very loud noises, like crashes, gunshots or explosions..."

Bethurum's own words show that just before he woke up, and right before Captain Rhanes put in her appearances, he would often hear words spoken in a kind of "mumbling" fashion. Sometimes he could understand the words, but on other occasions he was unable to figure out what the voices were saying. This issue of strange mumbling is a classic aspect of hypnagogia. It's worth noting too that Bethurum's job in Nevada involved shift-work. Sometimes, he worked from the late afternoon/early evening and through to the early hours of the morning (when the Nevada heat was more tolerable than during the height of the day). Disturbed sleep (which Bethurum must have had to at least a certain degree) can make hypnagogia worse. Or, from Bethurum's perspective, much better! On this matter of disturbed sleep, Mental Health Daily state: "Those that work night shifts or have an inconsistent sleep schedule may be more prone to hypnagogic hallucinations prior to bed."

Although over the years I have admittedly swung back and forth on the matter of what really happened to Bethurum, I would suggest that, probably, the entire series of encounters occurred while Bethurum was in a hypnagogic state - a state in which Bethurum could have his ideal woman. With one marriage over and another one all but finished, Bethurum's subconscious conveniently filled in the gaps and gave Bethurum exactly what he wanted. From his perspective, it was a beautiful woman from the stars. But, just like his relationships in the real world, even the one he had with super-hot Aura didn't last. She finally bid him goodbye, climbed aboard her UFO and headed back to Clarion.

Bethurum's story of how he almost (or may have..) nailed an extraterrestrial was told in 1954, in the pages of Aboard a Flying Saucer, which is a fine and entertaining romp filled with innuendos and suggestive snippets. But, Bethurum was not done. Other publications surfaced, such as 1957's The Voice of the Planet Clarion; 1958's Facing Reality (which, clearly, Bethurum never did), and The People of the Planet Clarion, which was published in 1970, one year after his death.

One of those who helped Bethurum on his 1970 book, The People of the Planet Clarion, was an artist named Columba Krebs. It's notable that Krebs observed, and stated, that Bethurum had an overwhelming obsession with Rhanes, even years after she dumped him. He longed for her to return. She never did. But, it could be argued that such was Bethurum's need to still have Aura in his life, he almost managed to achieve that - albeit in a very weird way.

In 1961, Bethurum married for a third time. And it all took place at the annual, California-based Giant Rock Space Convention, which was organized each year by fellow-Contactee, George Van Tassel. Bethurum's new wife (and final wife, I should stress) was named Alvira Roberts. Maybe it's all just a coincidence, but I find the name of wife number three to be very intriguing. Both "Aura" and "Alvira" begin with the letter "A." Both first-names end with an "A" too. "Rhanes" and "Roberts" both begin with "R" and both end with "S." Bethurum may have been missing Aura Rhanes to such an extent that he chose to marry someone whose name - to a degree - reminded him of the woman who he loved, but who he could never be with - because she never really lived.

Obsession, fantasy, yearning and failure, and all wrapped up in a saga filled with flying saucers and disturbed sleep patterns.