Black Magic, the Occult, and the CIA

There is no doubt that governments get up to some strange dealings, research, and experiments, and top secret programs have always drawn to them tales of suspense, mystery, and conspiracies. One of the stranger stories concerns an offshoot of a mind control program run by the United States, which by some accounts branched off into the realms of the supernatural and the occult.

Perhaps no other secret military project has been as talked about or as wrapped in conspiracy theories as the CIA’s Project MKUltra. Launched in the 1950s by the United States Central Intelligence Agency (CIA), the project was an extensive program looking into the development and applications of numerous methods of mind control, often using rather inhumane, unethical, and frankly illegal methods, such as using unwitting human guinea pigs and forms of psychological torture including sensory deprivation, verbal abuse, and others.

MKUltra focused heavily on trying to alter and manipulate human mental states and consciousness, often with the help of generous portions of hallucinogenic chemicals and drugs such as barbiturates, amphetamines, mescaline, psilocybin, scopolamine, cannabis, and LSD, in an effort to create a drug that could be used for mind control purposes and to develop a perfect truth serum and other substances that would dramatically alter the human psyche, including alleged efforts to create a true “Manchurian Candidate” type assassin or spy that could be activated when needed. They also looked into various other forms of mind control and alteration of the human psyche, such as hypnosis and the use of sub-aural frequency blasts to erase memory, and a microwave device for planting thoughts in the enemy’s mind, among many others.

The program went on for over a decade in total secrecy, and this was no small operation, with such mind control research being carried out at an estimated 80 different institutions, ranging from universities, to pharmaceutical companies, to private companies, as well as hospitals and prisons, which provided plenty of potential test subjects, some of whom purportedly died during the experiments. The scope of it all was huge, and the CIA was very good at obfuscating that any of this was going on at all. It was not until 1975 that the Church Committee of the United States Congress brought the sinister program out from the shadows, and even then most of the top-secret documents pertaining to it had been destroyed in 1973 by then CIA director Richard Helms, making investigation into Project MKUltra difficult, its full extent hidden in darkness.

MKUltra was a vast, sprawling warren of weird experiments and strange studies, and it actually served as an umbrella for 150 other research sub-projects operating under them with funding from the CIA. One of these numerous projects was called MKSearch, launched in 1964, which was a joint operation with The U.S. Army Chemical Corps primarily tasked with research and development of various substances that could be used to incapacitate the enemy, including biological, chemical, and radioactive materials. A sub-project of MKSearch was called MKOFTEN, also sometimes referred to as MKCHIKWIT, which sought to test the behavioral effects of different drugs on animals and humans and which mostly operated at Holmesburg State Prison in Philadelphia from 1967 to 1973. According to reports, the project supposedly ostensibly pursued compounds for stimulating heart attacks, producing irrational or violent behavior or psychotic states, and otherwise “disturbing a person’s psyche,” but it has been alleged to have been involved in far more bizarre realms as well.

According to some sources, MKOFTEN went beyond the mere research of mind control and incapacitation of enemies, and branched out into the world of black magic, witchcraft, and the occult. The accusation was first put forth by British investigative journalist and author Gordon Thomas, who wrote the 2007 book Secrets and Lies, and who claims that a Dr. Sidney Gottlieb, chief of the CIA's Technical Services Branch and also known as the “Black Sorcerer” due to his expertise with poisons, used the program to “explore the world of black magic and harness the forces of darkness and challenge the concept that the inner reaches of the mind are beyond reach.” 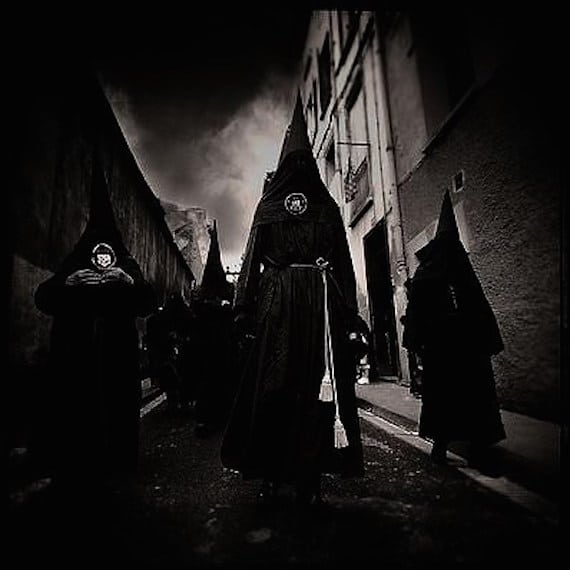 To this end, people involved with MKOFTEN purportedly met with, consulted, studied, or employed numerous mystics and occultists, including fortune-tellers, palm-readers, clairvoyants, astrologists, mediums, psychics, practitioners of voodoo and witchcraft, black magicians, demonologists, Satanists, and even a monsignor in charge of exorcisms for the Catholic archdiocese of New York. The program also allegedly pursued magical rituals for possible military use. According to Thomas, the CIA employed three astrologers for telling the future, as well as two palm readers whose abilities were looked at for their use in intelligence activities, a sorceress from Houston named Sibyl Leak, and various other psychics and occultists.

In addition to Thomas, another journalist and researcher, Alex Constantine, also wrote of these arcane pursuits carried out by the program, claiming that the CIA was interested in starting religious cults such as that of the People’s Temple of Jonestown, the Church of Set, and the Process Church of the Final Judgement, the Finders, and others, in order to look into mind control and alteration of human behavior, and that they also helped set up a course in black magic, demonology, and witchcraft at at the University of South Carolina as a sort of “social laboratory.” This course apparently delved into all manner of the occult and magical rituals and was carefully monitored by CIA behavioral scientists. Another researcher named Peter Lavenda has also claimed that MKOFTEN was involved in “everything from séances and witchcraft to remote viewing and exotic drugs.”

It is unclear just how much of this is true and how much of it is pure conspiracy theory. Although it is known that the U.S. did in fact pursue mind control experiments with its MKUltra program, the real extent of how deep the rabbit hole goes is still rather a mystery. Did any of the offshoots and subprograms actually look into the occult and utilizing magic to any extent, and if so what results did they achieve, if any? Whether it is true or not, it is a wild story, and the perfect fuel for intrigue and conspiracies.

UFOs, ‘SNL’ and Normalizing the Strange