Computers Possessing Humans and Our Perception of AI

We live in an age where reliance on computers, machines, and artificial intelligence is becoming stronger and more commonplace, inescapable to the point that society would cease to function as we know it without these things. As we progress on into the future there is every indication that these artificial intelligences will continue to evolve to the point that they equal us and perhaps even surpass us. Far from strictly the realm of science fiction, this is almost a certainty at the rate we are progressing, and it is at the stage now where we are learning that we are perhaps unprepared for what we will encounter in this hazy, unexplored domain lying before us. At least one group of researchers has realized that we are approaching a time when we will be faced with advanced AI in a realistic human form, and they have gone about testing how we will deal with this through a bizarre series of experiments in which computers basically possess humans.

When we talk to someone, how does their appearance and demeanor affect how much we listen to what they actually say? This was one of the questions that drove a group of British researchers at the London School of Economics to start a truly bizarre experiment to create what they call an “echoborg.” It sounds quite sinister, and perhaps the future implications of it might be, but the main premise involves simply using a chatbot with relatively advanced AI in one room, and a living breathing volunteer in another, who wears an earpiece attached to the bot and simply repeats everything that comes through, essentially becoming the computer’s mouthpiece. In a sense, the human becomes "possessed" by the AI, and it is every bit as surreal as you might imagine.

Researchers wanted to know if the appearance of an AI would affect how it was perceived, and got the idea for the experiment from the 19th Century play, Cyrano de Bergerac, in which the very smart and witty, but physically unattractive De Bergerac uses his handsome but not very bright rival Christian as a mouthpiece, feeding him what to say and do in order to woo the beautiful object of his desire, Roxanne. The psychologist Stanley Milgram picked up on this idea and tried to explore it through experiments using what he called “cyranoids,” which were people who were told and dictated what to say or do through earpieces by a person in another room. In this manner the cyranoid then talks to someone who is unaware that the one really speaking is a completely different person. The idea was to see whether the physical perception of the person someone was talking to could shape the way they interacted with them, and it resoundingly did. 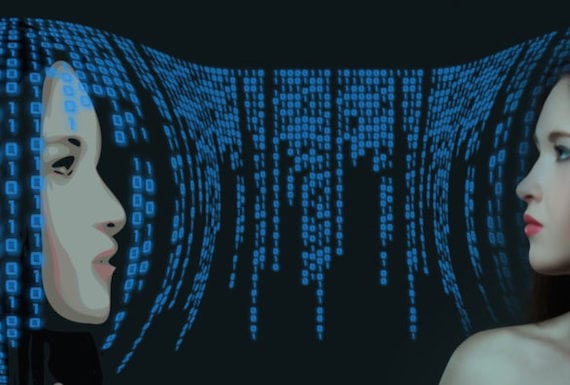 Interestingly, it was found that whole conversations could go by without the person ever realizing that the one in front of them was not who they were really talking to. It is indeed rather a creepy concept, but Milgram took it even further by trying ever more extreme combinations of people, such as an old man speaking through a child, a man speaking through a woman, and vice-versa. In every case it was found that people were actually shockingly poor at determining if an imposter was speaking through the person they were talking to, and just went along with whatever they said no matter how much of a disconnect there was between what they were hearing and who was saying it. Even when people in the experiment were made aware of the fact that the speaker was not who they appeared to be, the illusion nevertheless still had an effect on their perceptions of what was being said. In short, the physical form of the speaker had a great power over the conversation, and there was the sobering realization that appearance seemed to be more of a factor in people’s perceptions of the speaker than the content of what they actually said.

It was these experiments that led to the work on echoborgs, which take it all a step further still by making the third party not a real person at all, but rather an artificial intelligence. They wanted to know what would happen if someone were to talk to a computer speaking by way of a human go-between, basically a human body with a robot mind for all intents and purposes. Would it change the way they interacted with or accepted the AI? Would anyone even realize they were talking to a computer at all? A researcher on the project by the name of Kevin Corti explained of the unusual project:

Most of the time we encounter AI today, it’s in a very mechanical interface. This was a way of doing it so that people actually believe they are encountering another person. We are very long way away from a perfectly human interface, but we can leapfrog that and put the machine mind in a human body, to see what happens. 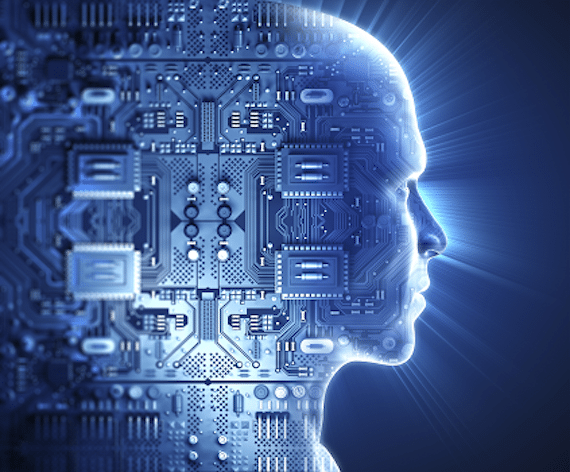 And what happens is fairly weird indeed, with the experiments using the echoborgs yielding some surprising and intriguing results. In cases where the subject speaking to the echoborg is unaware that they are talking to a computer, it seems that they are poor at catching on to the charade, it they even figure it out at all. They continue talking despite any quirks or inconsistencies in the contents or flow of communication, and even after whole conversations don’t realize that anything is amiss or that they are basically chatting to a chatbot. Corti said of this remarkable phenomenon:

The vast majority of participants never picked up that they were speaking to the words of the computer program. They just assumed the person had some problem, where their social inhibitions had been diminished. Never for a minute did they think they were talking to a hybrid.

On the other hand, when the subject is told that they may or may not be talking to an AI, similar to the Turing Test, they are much more wary and readily able to discern the computer from the real person. In this case there was a set of expectations to be met in the mind of the subject for being human, and they were less forgiving and more suspicious of odd sentence patterns or strange things said. This could have repercussions on how we deal with sophisticated AI in the future, when we are likely to have more and more human-looking androids. It seems that with a human we are able to be very forgiving with idiosyncrasies and oddities in conversation, but we are primed to be very critical and even dismissive of what an AI says. When confronted with the fact that they had been speaking with an AI, most people were deeply uncomfortable, repulsed even, with the thought that they had been speaking with an AI through a human being deeply unsettling on an almost primal level. Corti said of this and its impact on our future dealings with robots, no matter how human they look, thus:

We might have AI’s intelligent beyond belief but our knowledge of them being non-human might limit our desire to interact with them in a human way. As artificial intelligence starts to get close to pass for human, it’s not just uncanny, it’s awkward. There’s a kind of awkward valley. 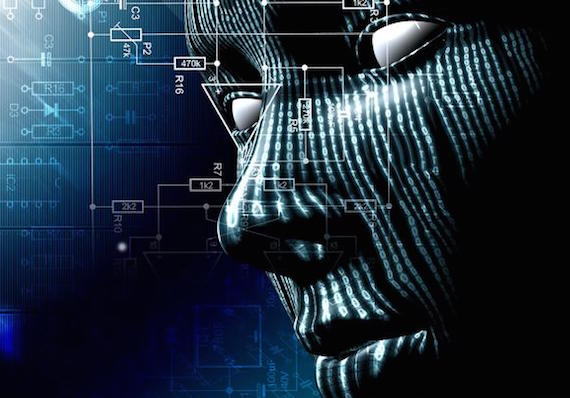 If this can happen with the relatively crude AI and chatbots we have now, imagine how it will be when artificial intelligence advances to the point where it can effectively and perfectly emulate a human being. How can we expect to approach, react to, and interact with these entities? Will we accept them and converse with them, or will we be instinctively repelled away, their existence just as alien as something from another world? These are things that we don’t have the answers for at the moment, and which Corti and his research group are trying to probe at the edges of. This seems to be a very real challenge facing us as we move on into a new world of ever more advanced robots and AI, and how people think of these intelligences they are interacting with will have a big part to play in how they are integrated into society as a whole. Another researcher on the project named Alex Gillespie has said of their experiments looking into this:

I think it really gets us ahead of the curve. If you look at history, we think it’s powered by technology – but it’s not. It’s public opinion. They will decide if these things are on the streets as police officers, so a huge amount of work needs to be done to see how we relate to it.

It is certainly a complex and challenging problem we are facing as we move on into new, uncharted realms of technology for which there is no historical precedent. As we approach an age when AI will be advanced to the point that it is indistinguishable from a human and the appearance of these machines approaches a close approximation of us, these are important things to think about. After all, how would you feel talking to a machine? How would you feel after being confronted with a human serving as a mouthpiece for one, as in the echoborg experiments? Would you be filled with wonder and awe, or a sense of unease or disgust? It seems that the time will come when we speak with AI on a regular basis, but how we will deal with that and react to it is a road foggier and less defined. The implications of this advance into ever more human machines presents a conundrum for us on just what being human is. We are in uncharted waters here, and we will likely not know the repercussions of our inexorable push into the frontiers of technology until we reach that point.

Papuans and East Asians Have DNA of Mysterious Denisovans