March 12 this year marks the 25th anniversary of the release of Fire in the Sky, Hollywood’s controversial take on the famous Travis Walton UFO abduction case of 1975. Walton, a logger from Snowflake, Arizona, famously claimed to have been taken aboard a flying saucer and to have interacted with two different species of aliens—the now iconic ‘Grays’ and the attractive human-looking beings known in UFOlogy as ‘Nordics.’ What distinguishes Walton’s story from innumerable other accounts of cosmic kidnapping is that his apparent abduction was witnessed, in part, by the six other men on his logging crew. They sped back into town that night to inform bemused authorities of how a UFO had zapped Travis in front of their very eyes. Assuming he was dead, the terrified loggers had left their colleague where he lay, the saucer looming above his lifeless body.

A swirling storm of confusion, anger, and allegations was soon to descend on the sleepy town of Snowﬂake. The loggers, having reported to police that their friend had been taken by a UFO, immediately were considered suspects in Walton’s disappearance and possible murder. After no less than five days, Walton returned. He was found in a telephone box some three miles outside of Snowﬂake, huddled and shivering. He had ﬁve days’ growth of beard and was visibly malnourished. As he was taken back into town he began babbling about strange creatures with large eyes. He assumed he’d been gone just a couple of hours and was stunned into prolonged silence when he was told almost a week had passed. Today, the case remains one of the most famous on record, and this is thanks in no small part to Hollywood.

Featuring solid performances from D.B. Sweeney as Travis, and Robert Patrick as logging-crew-leader Mike Rogers, the Fire in the Sky movie was a reasonably faithful accounting of the Walton experience—that is until its final act, which notoriously pummelled the meat of Walton’s encounter out of all recognition. The Nordic beings described by Travis and their walkabout with him in a spaceport were nowhere to be seen in the movie. Walton’s skittish Grays were replaced with frightful goblin-like beings who literally drag the logger like a sack of spuds through their pestilent, rotting spaceship—all dank tunnels and dripping embryonic sacks—before gluing him to a table with a suﬀocating membrane and subjecting him to graphic torture with a thick needle to the eyeball. It’s a horriﬁc sequence, so powerful as to erase almost all memory of the events that precede it. This marked the point in time when alien abduction truly entered the horror genre. The ﬁlm would go on to inﬂuence abduction-themed fright-fests such as Altered (2005), The Fourth Kind (2009), Dark Skies (2013), Alien Abduction (2014), and, in particular, Extraterrestrial (2014), to name but a few. 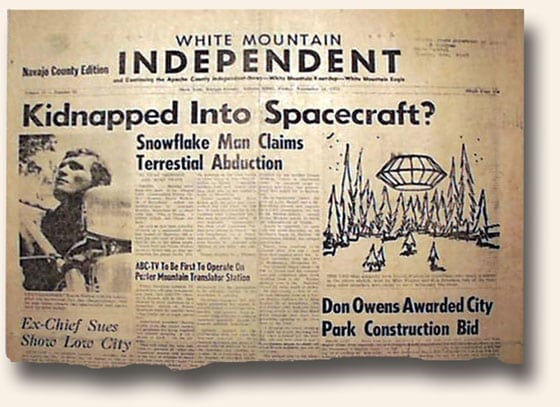 The UFO community was outraged by Fire in the Sky, and all ﬁngers were pointed at screenwriter Tracy Tormé. In a 2014 interview, Tormé explained to me his writing process for the movie, the cultural climate in which it was written, and the circumstances which led to the movie being so creatively distorted.

Tormé had already successfully explored the subject of alien abduction in his 1992 CBS miniseries, Intruders, which took inspiration from the work of researchers Budd Hopkins and John Mack; now, the screenwriter wanted to tackle abduction through cinema. Tormé had reached out to Walton as early as 1985:

When I ﬁrst met him over the phone, it was ten years almost to the day since the incident had happened. I told him that I had a lot of respect for his story and I really wanted to make a movie, but ﬁrst I wanted to investigate the story more and see how I felt about it. Travis was very, very reticent. He felt like no one had really treated him fairly in the past. Especially people from Hollywood. So he was not inclined to do this. 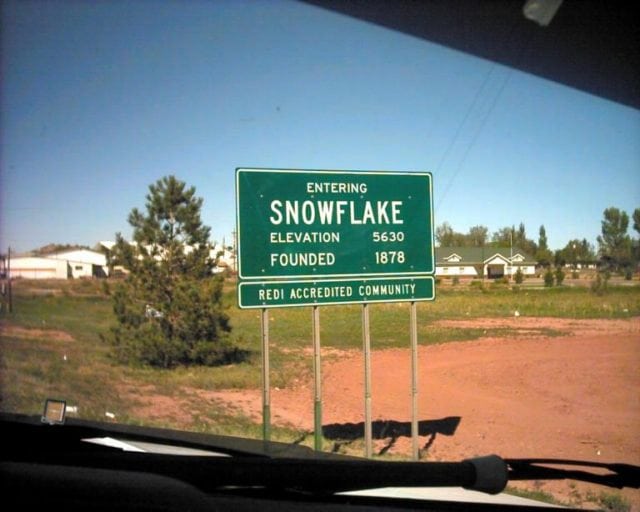 Tormé agreed that they should meet in Snowﬂake, Arizona, so that screenwriter and experiencer could get better acquainted. Tormé recalled:

I spent three days with Travis. I went up to the site where it happened, and I took him and Mike Rogers with me and had them re-enact the incident. They had not been back to the site in nearly ten years at this point, and they were both extremely haunted to be up there again. It’s a very lonely place and it had changed hardly at all. There was even a wood pile on the ground that had been there ten years ago when they were there.

Tormé returned to Snowﬂake at least six times over the next six years: “I just tried to learn more and more about the case every time I went. I got to know Travis and Mike very well. All the ideas for Fire in the Sky really formulated out of those trips.” Selling the script to studios, however, was an uphill struggle for Tormé:

On several occasions I thought we’d found a buyer, then I would have to go back to Travis and tell him the sad news ‘no, they’re not going forward.’ The studios at the time found the subject of abductions strange and unbelievable, and really, ultimately, not satisfying. If the aliens had come here and invaded the Earth and blown up the cities or something they might have been more open to making the movie.

Tormé emphasizes that abduction movies in general were a hard sell in the late-1980s-early-1990s:

At that time there was not a lot of interest in this subject. People wonder why it was such a struggle to get Fire in the Sky made. But the public really did not know about the abduction phenomenon. They weren’t following it, they weren’t reading about it. It had not broken through in a big way in the mass media. I really believe these two projects [Fire and Intruders] were part of the process of people becoming aware of how these things allegedly work.

When eventually Paramount Studios bought Tormé’s script, it had been six-and-a-half years since the screenwriter had ﬁrst approached Travis Walton. The dream would now become a reality. But the reality would be compromised…

“The original script was, I would say, close to one-hundred-percent accurate to Travis’ memory of the events,” Tormé told me:

I literally used his memory of waking up on the table and then everything that happened to him up to the point that he’s put back on the highway. I followed his story to the tee. I felt an obligation to these guys to tell the story in the truest way that I could. And I thoroughly believed him by this point, too. I had come to the conclusion that the case was real, and that he was not a liar, that’s for sure. So I originally wrote exactly what he said.

One day, Tormé received a phone call in his oﬃce at Paramount Studios: “It was a panicked Paramount executive who just happened to have seen Intruders on TV the night before. He was unbelievably put-oﬀ and worried because he’d seen little gray men with big eyes standing over a table doing experiments on someone, therefore it’d ‘been done before,’ therefore he had no interest in doing the Walton movie and was going to kill the project if I didn’t come up with something else.” 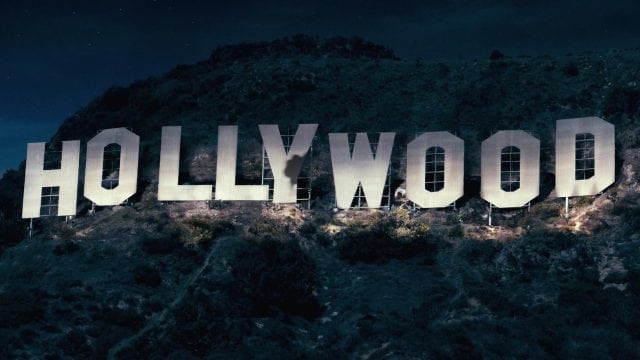 Tormé was shell-shocked. “They were serious,” he stressed, “they were ﬁrm on it. They were going to shut the project down and not make it. We were going to have to start back at square one.” Tormé had no other option but to re-write the abduction sequence: “I got together with the director and with Travis and we devised the ﬁctional sequence that is seen in the movie.” Tormé did at least attempt to maintain the essence of the encounter:

I insisted that if we’re going to ﬁctionalize this, let’s at least mirror his real occurrence. So one example would be, when Travis said he’d had trouble breathing when he came to in the strange environment, we put a scene in where they put a mask over his face. That’s an example of the type of thing we tried to do. Yes, we were creating something wholly ﬁctional, but we were going to try to maintain somewhat the feel and integrity of the terrifying experience that he had. So we tried our best to write a scary, disturbing sequence. But it was entirely ﬁctional. I knew very early on that a lot of UFO people were going to be very upset about this.

Despite its divisive ending, Tormé is proud of Fire in the Sky, ﬁrst and foremost on its undeniable strength as a human drama. The movie made back its budget, but little more. It received mixed reviews from the critics, although, ironically, the legendary Roger Ebert praised the ﬁlm’s ﬁnal sequence for its believability, writing: “The scenes inside the craft are really very good. They convincingly depict a reality I haven’t seen in the movies before, and for once I did believe that I was seeing something truly alien, and not just a set decorator’s daydreams.” However, Ebert was left deﬂated as the credits rolled, adding: “The movie ends on an inconclusive and frustrating note.” Film critic James Berardinelli described Fire in the Sky as a “muddled-up mess,” saying “It can’t make up its mind whether it wants to be horror, drama, or science-ﬁction. As a result, it ends up being ineﬀective as any of the three.”

These criticisms, essentially describing the movie as a mishmash of genres with an inconclusive ending, in fact speak to its overall authenticity as an abduction story. The phenomenon, as experienced in reality, does not comfortably lend itself to any one genre, encompassing as it does an array of complex facets straddling drama, sci-ﬁ, fantasy, horror, and others besides. Walton’s real-life experience had no satisfactory resolution, and neither did the ﬁlm. In this sense, ‘true’ abduction movies arguably will always struggle to make sizable dents at the box-oﬃce. Extreme ‘Hollywoodization’ is deemed essential to bringing these stories successfully to a mass audience.

A Supernatural Snake in the Dead of Night