Wow, this is like nothing I've ever seen before.

Those are the only words Ralph Lachman, co-director of the International Skeletal Dysplasia Registry at Cedars-Sinai Medical Center in Los Angeles, California, had to say about his analysis of an anomalous skeleton rumored to be of alien origin. Almost two decades ago, an urban explorer combing through an abandoned nitrate mining town in Atacama Desert of northern Chile discovered a strange bag sitting on a shelf in a long-deserted church. Inside was a gruesome find: a tiny human-like skeleton with giant eye sockets and an elongated, pointed skull. The skeleton also only has ten ribs as opposed to the usual twelve found in humans, fueling speculation that it might be the remains of an otherworldly being. 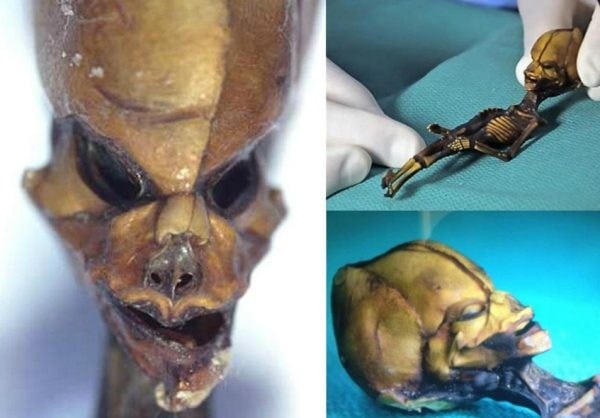 The alien-like skeleton eventually made its way into the hands of a private collector in Barcelona and enjoyed relative obscurity until being featured in a 2013 documentary. That film drew the attention of immunologist Garry Nolan of Stanford University in California, who was able to obtain permission to perform genetic testing on the skeleton to determine if was of Earthly or, as it was rumored, extraterrestrial origin. So what’s the verdict? 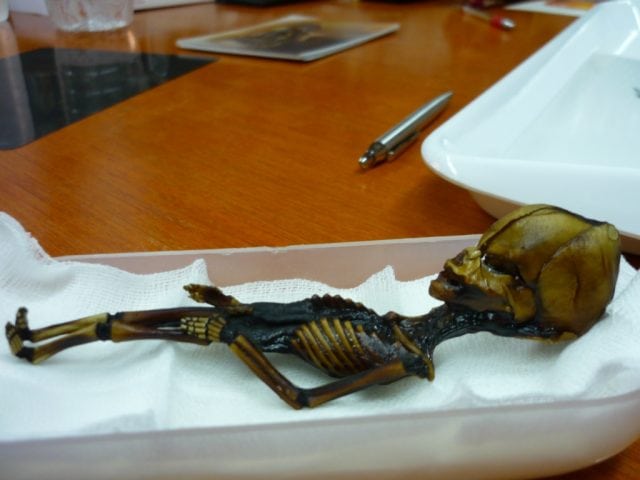 Unfortunately for those of us who want to believe, it turns out the Atacama skeleton is simply an unfortunate example of how there are both winners and losers in the gene pool lottery. Nolan says his analysis reveals the Atacama skeleton’s DNA is “modern, abundant, and high quality," meaning it’s a human being only just a few decades old. Nolan concludes that the skeleton is either a six-to-eight year-old child who suffered from a host of rare and deformative genetic disorders, or the skeleton of a fetal child with an advanced aging disorder. Other scientists believe the specimen is simply a fetus which has become deformed due to desiccation and improper storage.

“I’m thrilled with the outcome,” Nolan says, "You just couldn't fake it, unless you were an alien." Well, I guess that is a possibility, although what would be the gain in that? If we fake alien bodies ourselves all the time, what would aliens have to gain by sending us a fake?