Earlier this month, Vox featured a video essay on its website examining “Why we imagine aliens the way we do.” Vox tells us:

“We often imagine extraterrestrials to look a certain way because we’ve encountered them in books, films, or TV shows, which means that when we’re thinking about aliens, we’re usually thinking about the product of someone else’s imagination.”

Vox is suggesting that we conceptualize aliens as we do almost entirely because of science fiction, in the form of books, movies, TV shows, etc. As I’ve shown in my own work, it’s not quite as simple as that. Vox’s video essay is interesting, but what it neglects to consider is the tremendous influence of the UFO subculture—a subculture sprung from what would appear to be an ontologically real phenomenon.

It is a common misconception that Hollywood pulls its alien imaginings out of thin air; in reality, the movie industry has been drawing creative inspiration from UFOlogy—from real-world reports of otherworldly encounters—for decades. Unidentified Flying Objects are "real," which is to say they exist independently of cinema, and of pop-culture more broadly. UFOs have been investigated by governments around the world for almost seven decades. What the phenomenon represents is open for debate, but the point is that, even in a world without movies, people would continue to report UFOs. People were reporting UFOs comfortably before Hollywood got in on the act. 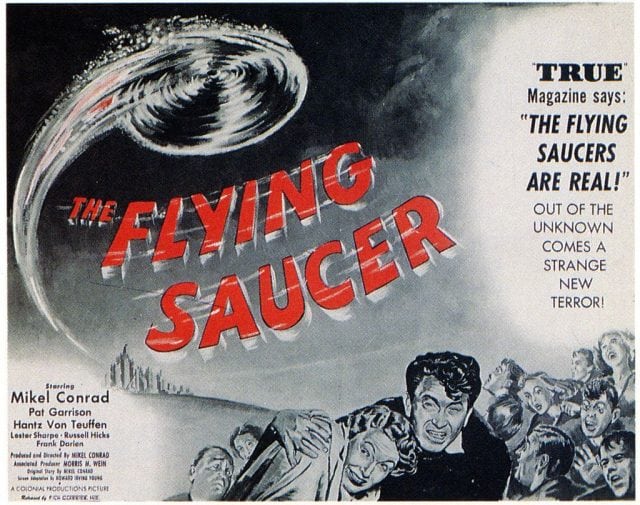 Indeed, the first reports of flying saucers in the modern UFO era pre-date Hollywood’s first feature film about UFOs by three years. It was in 1947 that pilot Kenneth Arnold’s famous sighting gave rise to the “flying saucer” term, but it wasn’t until 1950 that Hollywood produced The Flying Saucer, a cheap attempt to cash-in on the UFO hysteria then sweeping America—a hysteria incited not by cinema, but by numerous reports nationwide of disc-shaped objects intruding upon America’s airspace.

Ever since 1950, the movie industry has been grabbing hold of UFOlogical concepts and popularizing them through the science-fiction genre: “Men in Black,” “Close Encounters of the Third Kind,” “The Fourth Kind,” “Area 51.” Hollywood didn’t create these terms, they were all part of the common language of UFOlogy decades before Hollywood lifted them. The same is true of the now-iconic image of the “Gray” alien—a form that has its roots in pre-existing UFO literature and which has since has found its way into some of the most popular science-fiction movies and TV shows of all time.

A recurrent image in the Vox video is that of the Gray alien, but Vox makes no allusions to its UFOlogical origins; the implication is that Hollywood dreamed it up. In fact, descriptions of what we now call Grays were surfacing in real-world abduction accounts reported to Budd Hopkins and other researchers in the 1970s, and alleged abductee Travis Walton had described such entities as early as 1975. It wasn’t until two years later, in 1977, that Hollywood produced its first fully crystalized cinematic image of the Grays in Spielberg’s proudly UFOlogical Close Encounters of the Third Kind. The Grays in the movie were based directly on first-hand testimonies gathered by Spielberg’s production designer, Joe Alves.

I interviewed Alves in 2014. He told me: “I talked to a lot of legitimate people... who described to me very simplistic creatures with large eyes and small mouths, no nose.” Based on what he heard during his research for Close Encounters, Alves began conceptualizing the alien beings. “The descriptions I heard were of these big-eyed things with small mouths and no nose, long fingers, that kind of thing.” 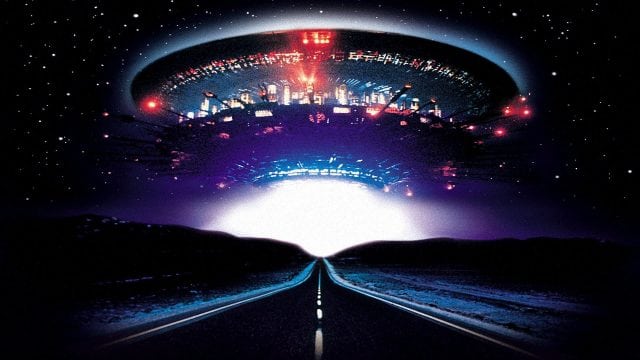 Close Encounters was tremendously successful, but it wasn’t until the late-1980s that the big black eyes of the Gray began to penetrate the popular consciousness. Key to this was Whitley Strieber’s 1987 nonfiction Communion, based on his own claimed experiences with alien beings. Communion was adapted for Hollywood in 1989; its poster featured a full-face image of a Gray, staring hypnotically into the eyes of millions of creeped-out cinemagoers worldwide. Then followed Intruders (1992), a miniseries based directly on real-world descriptions of Grays as documented in abduction literature. More Grays would then appear in The X-Files (1993-), Babylon 5 (1994-1998), Dark Skies (1996-1997), and others. By the late-1990s, the image of the Gray had supplanted almost all other pre-existing cultural imaginings of what an alien might look like.

In Hollywood’s UFO movies, broadly speaking, art imitates life. If the opposite were true, then following the release of James Cameron’s Avatar, the highest grossing film of all time, we might reasonably have expected thousands of people to have begun reporting ten-foot-tall blue aliens. This did not happen; just as Hollywood’s forceful projection of the “little green men” meme has failed to result in mass sightings of little green men (although reports of such entities do lightly pepper the UFO literature). 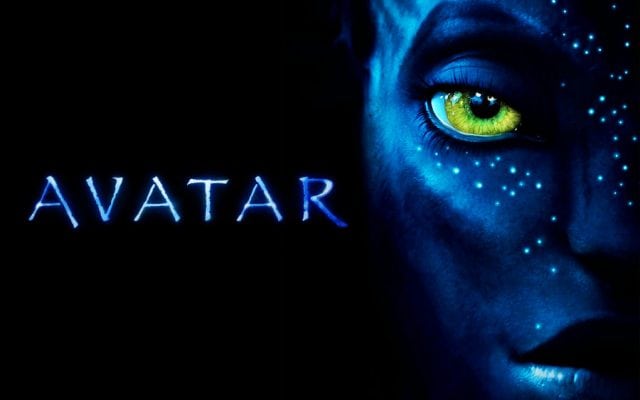 When it comes to UFOs and aliens, Hollywood produces depictions, albeit not entirely faithful ones, of what people actually report. This is not to say that what’s reported is necessarily true or accurate, but merely that Hollywood sees dramatic potential in these reports. The resulting cinematic imagery then plants itself into our pop-cultural landscape, influencing our perceptions and expectations of alien life and contact.

So, we should keep in mind that a significant factor in why we imagine aliens as we do is that people across the decades claim to have encountered them in real life; these individuals have then reported their alien encounters to interested parties, and the details of these cases have been gradually appropriated by Hollywood for entertainment purposes, devaluing the original reports while transforming fact-based ufological detail into sci-fi iconography. So, while it’s certainly fair to say that Hollywood is the force primarily responsible for shaping popular expectations of alien life and visitation, let us not forget the immense debt Hollywood owes to UFOlogy.