British Columbia, the farthest west of Canada’s provinces, is the only province that touches the Pacific Ocean. Of its 944,735 square kilometers of total area, 600,000 square kilometers is forestland, which is the combined size of Germany and France. Of that woodland, most of it is old growth forest – the same forest that graced British Columbia before Europeans settled the area. The province has sixteen mountain ranges, including the Canadian Rockies, seven national parks, and two of the deepest lakes in North America, Quesnel Lake (506 meters) and Adams Lake (457 meters). All of this nature makes British Columbia a haven for tourism. Famous people from British Columbia include Baywatch’s Pamela Anderson, the longest-serving British Columbia premier W.A.C. Bennett, “Perry Mason” actor Raymond Burr, the first female prime minister of Canada Avril "Kim" Campbell, and “Star Trek’s” Mr. Scott James Doohan. British Columbia is also the perfect home for monsters. 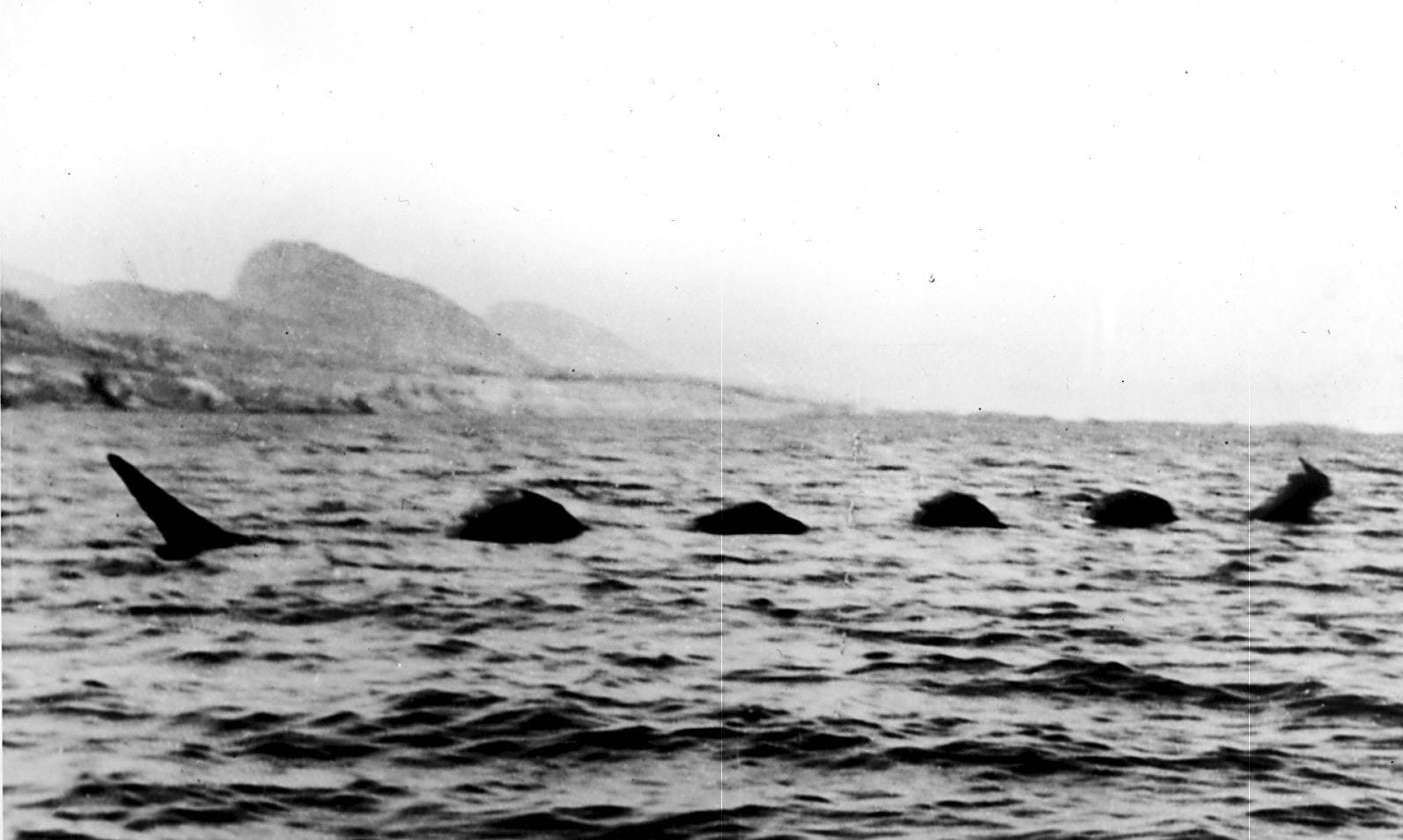 Canada’s most famous lake monster Ogopogo is supposed to live in Okanagan Lake, a 135-kilometer-long, five-kilometer-wide body of water next to Kelowna, the third largest city in British Columbia (population 194,882). The lake, a little more than a two-hour drive north from Washington State, is 232 meters deep, and has plenty of room to hide a monster.

First Nations legends describe Ogopogo as a fifteen-meter-long serpent that to Western science most resembles a Basilosaurus, an extinct sea mammal (the Basilosaurus has saurus in its name due to an early misidentification as a sea reptile). Although known by the local First Nations people for hundreds of years, the name Ogopogo is of Western origin. According to the Penticton Herald newspaper, the Okanagan First Nation people call the creature N’ha-a-tik (sacred of the water).

Reports of sightings by white settlers began in 1872. Although no human was ever attacked by Ogopogo, a team of horses was dragged under water by a mysterious creature in the 1880s. According to an article in the Los Angeles Times, officials in the British Columbia government were so concerned about the creature that in 1926 they discussed arming the ferries that hauled people and freight across Okanagan Lake.

Modern sightings include a 20 June 1986 fishing expedition when Lionel Edmond saw what he described to the Los Angeles Times as enormous.

"I turned around and I saw this dark thing coming through the water," Edmond said. "It looked like a submarine surfacing, coming up toward my boat. … We could see six humps out of the water, each hump about 10 inches out of the water and each one creating a wake. …We saw no head or tail, but it must have been some 50 or 60 feet long."

Some sightings since 2005 have included mobile telephone video, but reveal nothing more than blurry dark shapes in the water.

According to stories of this 43-meter deep lake on Vancouver Island, an airplane crashed into the water in 1968 and wasn’t recovered until 1983. Unverified stories claim the bodies of the pilot and passenger were recovered in perfect condition due to the frigidness of the water. A train was supposed to have plummeted into the lake early in the 20th century, and a tractor-trailer that flipped off the highway and sank into the lake in 2016. The driver and passenger made it to safety.

But it’s the monster Cammie that makes the headlines.

In 2009, a group of researchers probed the waters of Cameron Lake in response to a number of sightings of something large and unknown swimming beneath the waters of the lake. According to Live Science, the British Columbia Scientific Cryptozoology Club has investigated the lake since it began receiving reports of the creature in 2004. "Witnesses have been describing what looks like a dark creature in the lake," the club’s co-founder John Kirk told Live Science. Witnesses have described Cammie as a long, black and serpentine.

"Some of the earliest sightings go back to the 1980s," another club member, Adam McGirr, said when interviewed on the breakfast television talk show Canada AM. "Most recently, though, there seems to have been an increase in the number of sightings."

One of those sightings was by Brigette Horvath who was driving by the lake in 2007 when she saw a large beast swimming in circles just beneath the surface, according to CTV. Club members speculated Cammie could be anything from a sturgeon to an eel to an enormous trout. The group detected something large swimming in the lake in 2009, but stopped the investigation when the underwater camera it was using became damaged.

This sea serpent with a horse-like head, large front-facing eyes, and flippers on a body made of coils has been reported off the coast of British Columbia for hundreds of years. First Nations history is filled with stories of Caddy and the creature has been carved into petroglyphs all along the Pacific coastline as far north as Alaska and as far south as San Francisco Bay. Sightings by European settlers date back 200 years.

The crew of the fur trading ship Columbia saw a sea serpent off the coast of British Columbia in 1791. In 1897, a man reported seeing a 7.5-meter, long-necked animal swimming near Queen Charlotte Islands. A brown sea creature with a three-meter long neck was reported in Johnstone Straight in the early 1900s. Similar reports have continued until this day.

Various carcasses purported to be Caddy have been retrieved in British Columbia, such as the four meter-long remains cut from the stomach of a sperm whale in Naden Harbour in 1937, fourteen-meter long remains discovered at Vernon Bay on Vancouver Island in December 1947, and in 1962 a four-meter long body with a head like an elephant was discovered near Ucluelet in 1962. Although a scientific explanation was offered for each of these cases, nothing was conclusive.

Fisherman William Hagelund claimed he caught a live, 40-centimeter long infant Cadborosaurus off De Courcy Island in 1967. The creature had scales, two flippers and a long, flat tail. He placed it in a bucket of water to have it examined by scientists later, but for some reason decided to put it back in the water instead. 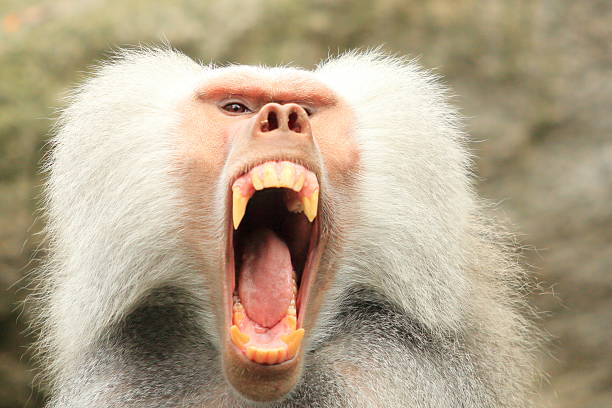 Devil Monkeys are meter-tall bipedal, vicious, baboon-like creatures with hind legs like a kangaroo, three toes on each foot, and a long bushy tail. Devil Monkeys have not only been known to attack livestock and pets, they also seem to attack humans with no provocation.

Although these creatures are reported across the Appalachian Mountain region of the United States, numerous reports have come from British Columbia. One of the most famous accounts was by Gordon Ferrier who saw a meter-tall hairy biped with a busy tail and three toes near the Mamquam River in June 1969. This encounter was investigated by famed Canadian Bigfoot researcher John Green. 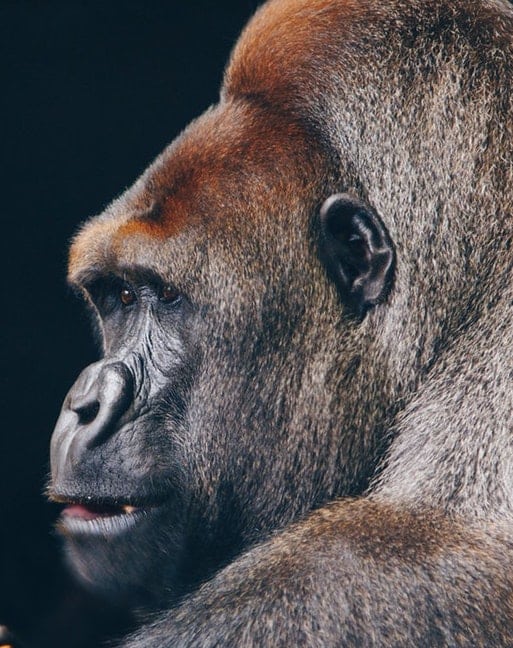 Although Bigfoot-like creatures are reported all over the world in a variety of topographies, with its great expanses of forests and mountains, British Columbia could be the textbook Sasquatch habitat. With 4.8 people per square kilometer, this gives the big hairy fellow a lot of places to get away from those pesky humans. That is, if it wants to. British Columbia is home to one of the most famous Sasquatch encounters in North America.

In 1924, Canadian lumberjack and prospector Albert Ostman slept at his campsite near Toba Inlet when he claimed a great bipedal beast lifted him in his sleeping bag and tossed him over its shoulder. The creature carried Ostman for what he believed to be three hours before it stopped on a plateau and put him down. What Ostman saw shocked him. He was surrounded by four huge, hairy human-like creatures; three adults and a juvenile, the tallest at least 2.5 meters tall.

The creatures kept him for six days. Although the Sasquatch family (which is how he viewed them) didn’t harm him, he thought the biggest beast may have taken him to become a mate for the juvenile female. On the sixth day, the large male who had kidnapped him became interested in Ostman’s snuff. When Ostman gave the creature the tobacco, it flew into a sneezing fit and Ostman escaped.

He held onto his encounter until 1957 when other people started coming forth with their own stories.

Thetis Lake, Canada’s first regional conservation area, is a picturesque forested park on Vancouver Island, popular for fishing, boating and hiking. In 1972, this peaceful recreational area was terrorized by a bipedal monster.

Two teens reported to the Royal Canadian Mounted Police that a 1.5-meter-tall lizard man attacked them. The creature had spines on its skull; it’s hands and feet had three webbed digits apiece. The monster’s attack cut one boy’s hand before they escaped. Four days later, the Victoria Daily Times reported two men saw a scaly, silvery-blue human-like creature across the lake.

Although various explanations were given for the lizard man (including an escaped pet Tegu lizard that can grow to more than a meter in length), nothing terrestrial quite matched the lizard man’s description. It did, however, resemble South Carolina’s Lizard Man of Scape Ore Swamp and Ohio’s Loveland Frogman. One explanation for the Thetis Lake Monsterstuck – one of the original witnesses said his friend who turned in the report was simply a big liar.

When Sasquatch Scares Socks Off