For those who live and drive in cold climates, road salt is critical for getting around on icy roads. Sure, it may not be good for the waterways or the vegetation it runs off into, but priorities are priorities. That same logic may soon drive researchers to create real chem trails in the sky where the ‘chem’ is NACL – table salt. A radical proposal presented recently at a conference in Texas outlined a way to “geoengineer” the climate to fight global warming by peppering the Earth’s stratosphere with table salt crystals which would reflect sunlight back into space. Circling the Earth with salt. Will this turn the entire planet into Margaritaville? What could possibly go wrong?

Don’t start leaving your French fries out on the porch for free salt just yet. In a report presented at the Lunar and Planetary Science Conference held last week in The Woodlands, Texas, Robert Nelson, a senior scientist at the Planetary Science Institute, described how he considered using various chemicals to imitate the global cooling effect caused by the particles launched into the atmosphere by major volcanic eruptions. Sulfur dioxide (SO2), the volcanic stuff, is damaging to the ozone layer and can cause acid rain to fall on the ground – or worse, on the cars. Aluminum oxide (Al2O3) is very reflective to sunlight but very deadly to lungs.

If you believe that all information is useful eventually, you’ll like Nelson’s next move. In 2015, he was studying the dwarf planet Ceres, which was getting attention because of what looked like lights on its surface. It turns out they were just highly-reflective salts … bingo! We have a winner! Nelson discerned from this that table salt is more reflective than aluminum oxide and, when ground extremely fine and in the right shape and distributed randomly throughout the stratosphere, it would reflect sunlight and not trap infrared heat released by Earth, thus making it even cooler.

What could possibly go wrong? For one thing, how do you get rid of the salt in the air once the Earth is cool enough?  But there’s a bigger problem. The Cl in NaCl is chlorine. What happened the last time humans sent chlorine into the atmosphere? Hole in the ozone! The ‘chloro’ in ozone-eating chlorofluorocarbons is chlorine and salt is full of it. Salt is also attracted to water. The stratosphere contains small amounts of water. Mixing those two could alter cloud formations. Weather control! Contrails! Chemtrails! Conspiracy! 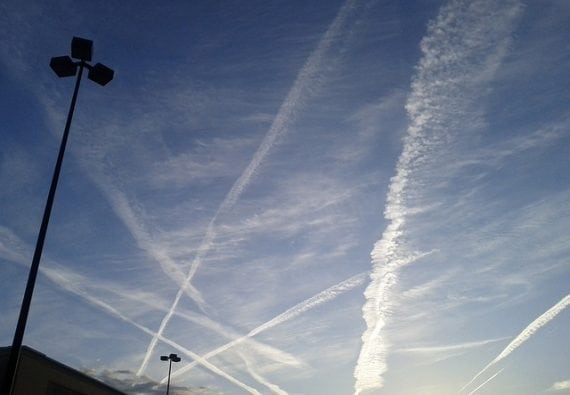 Calm down, says Nelson. He thinks spreading the salt between the troposphere and the stratosphere could avoid affecting the clouds, but he stresses that the real key to controlling climate change is … you guessed it … curbing carbon emissions.

For now, there's no salt in the air. You might want to cut down on that ring around the margarita too.

An Obsession With An Alien Who (Probably) Never Existed