A recent ghost story in Argentina centered around a paranormal encounter that was once very common – the ghost hitchhiker. Thumbing for a ride has all but disappeared for a variety of reasons and with it, the scary tales of the dark stranger picked up on a lonely road. Another ghost story fading into obscurity, at least in the U.S., is the ghost train – a phantom locomotive that is often linked to a tragedy. Fortunately, trains still run in China and, as expected, so do the ghostly ones. A recent video appears to show a semi-transparent train passing through a station in China and has many wondering if it’s real, what caused it and what it might be a harbinger of. 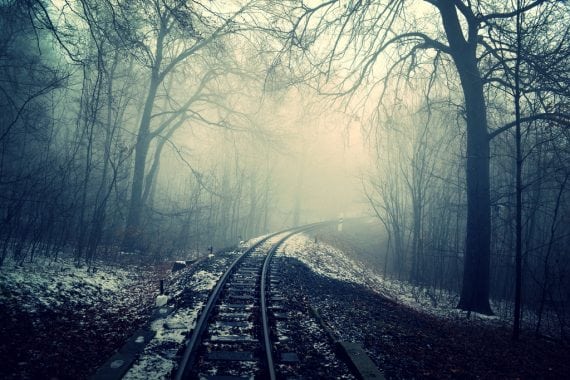 The video was uploaded to YouTube on March 14 by Hidden Underbelly 2.0 (see the video here) and is said to have been recorded on March 10 by a closed-circuit security camera in the Baotou Railway Station in Baotou, Inner Mongolia. The station serves both the Jingbao Railway and Baolan Railway. The source claims it received the video from a security employee at the station. At first glance, it definitely looks like a transparent passenger train pulling in, stopping as if to unload and load passengers, and then leaving the station. There’s nothing to indicate with certainty the exact location (is it really the Baotou Railway Station and if so, where inside it?). There is no other motion in the video during the time the train is there.

Is this a video of a ghost train? The comments run the gamut from definitely ghost train to an image from a parallel universe to a secret military cloaking train to a reflection in a window of a nearby train to a hoax. The Daily Express online says the last scenario is supported by debunker Scott Brando, who claims it’s a merger of two videos and dates back at least to 2012 to a railway station in not the Baotou Railway Station in Inner Mongolia but the Polezhaevskaya station in Moscow. Are those Russian hackers at it again?

Ghost trains have been the subject of a 1923 play (The Ghost Train by English playwright Arnold Ridley), numerous movies (starting with the 1927 comedy based on the play), a TV series and books such as Ghost Train: American Railroad Ghost Legends. Famous ghost train tales include the Silverpilen (or Silver Arrow, a Stockholm Metro ghost train), the St. Louis Light (which was duplicated and debunked by two students) and the phantom funeral train of Abraham Lincoln that is said to run between Washington, D.C. and Springfield, Illinois, around April 21st, the anniversary of the procession to his final resting place. 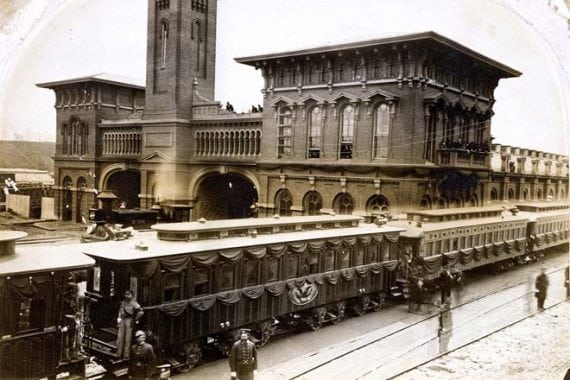 Is there any event in Baotou that could be related to a phantom train? The area dates back to the Mongols, but they didn’t have any trains. On May 3rd, 1996, a 6.4 magnitude earthquake severely damaged the city, killing 26 and destroying the homes of nearly 200,000. Could there be a phantom train arriving to take the dead to the afterlife? Lesser events have created greater urban legends, not to mention ghost train stories. True or false, it’s nice to add a new one to the collection.

As for now, the “What is it?” needle is pushing nearer to double-exposure … until the Baotou phantom express makes another stop.