“She believes she’s an alien destined for world domination, says she can enter people’s brain stems, and claims Hitler was the greatest contributor to world peace.”

And that’s just her way of saying hello. Teal Swan, better known as the “Gucci Guru,” seems to be a lot of things – controversial, motivational, confrontational, inspirational, nutritional, and quite strange – in her videos and workshops. While she tells a horrific story about being raped and abused as a child, she also claims to be part Arcturian. Could that be the real source for her alleged powers and real cult leader status, not to mention some of her outrageous views?

An article promoting an upcoming workshop at the Philia Center in Atenas, Costa Rica – a retreat created by Swan herself and her current husband – tells that she claims to have been born with extrasensory abilities, including clairvoyance, clairsentience (sensing the emotions of people, animals and spirits) and clairaudience (hearing the inaudible). The abilities were supposedly suppressed during the years of childhood abuse but came out later on visit with doctors in China.

At some point, Swan claims she realized that she was part human, part extraterrestrial, nonphysical and had the power to force herself into human brain stems.

“Before I even came down, there was an entire panel of Arcturian beings - sixth dimensional beings - who even chose the way I would look in this life.”

“Came down” from where? If you’re familiar with the Arcturians, you’re probably up on your Edgar Cayce, who frequently wrote of these advanced “fifth dimensional” aliens from a planet orbiting the star Arcturus in the Bootes constellation approximately thirty-six light years from Earth. Or you’re acquainted with the book “We The Arcturians” by Dr. Norma J Milanovich. From these and other sources we learn that the Arcturians are believed to be short in stature, green (see what they look like here), have only three fingers and are said to be able to move objects with their minds. They’re also considered to be loving beings who protect Earthlings from danger and invasions by other aliens. 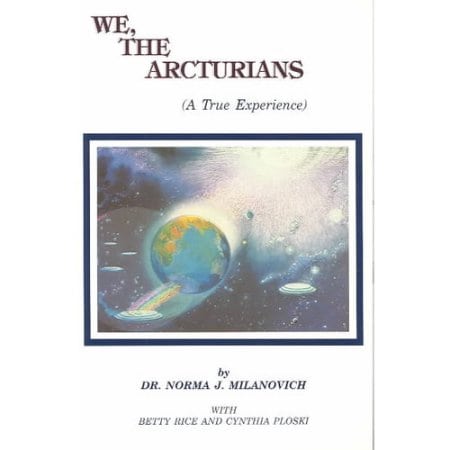 On the other hand, the Gucci Guru – so named because of her expensive and tight form-fitting outfits – is good-looking and very human rather than green and finger-challenged, refers to her followers as “members of my army,” has made racist comments, calls death “delicious,” seems to promote suicide … and then there’s that Hitler comment.

“If you are on the highest vibrational level looking at this planet the person who added to peace more than anyone else on this planet is Hitler. Because no one was thinking about world peace until he came along.”

Talk about mixing philosophies. Arcturians are said to have advanced knowledge and extremely high vibrational frequencies, which put them closer to God or light. Hitler is … Hitler.

As expected, Swan’s comments and the regimentation of her followers (for example, all have the same tattoo) causes her to be considered a cult leader. There are even claims she’s influenced followers to commit suicide.

If Teal Swan, the Gucci Guru, is really part Arcturian, maybe she can introduce us to some of her peaceful, intellectual and loving relatives.

Supernatural Invasions In The Dead Of Night