Within the field of "unknown ape"-based research there are a few stories of alleged crossbreeding between the creatures and humans – something that, it is claimed, has occasionally resulted in the birth of freakish creatures that are half-human and half-something else. The tales are intriguing. The hard proof, however, is one hundred percent lacking. Nevertheless, the stories endure – chiefly because of the high levels of controversy attached to them. And, in terms of such controversies, they don’t come much bigger than that which surrounded a certain chimpanzee named Oliver. There is a reason why I bring this up: a few nights ago I took part in a radio show on Bigfoot and the issue of half-human/half-Bigfoot creatures surfaced - which led into the matter of Oliver. Let's get it straight once and for all. Oliver was not half-human and half-chimpanzee!

But there was far more to Oliver than his attraction to women. He was shunned by the other chimpanzees that Burger used in his acts. Oliver was a dab hand at housecleaning, he liked to sit cross-legged on his favorite chair, and…most amazing of all…he walked upright. Then, there was the matter of Oliver’s physical appearance: his head was slightly smaller than normal, his jaws were far less prominent than what one would expect to see in the average chimpanzee, his face was noticeably freckled, and his ears were somewhat different in shape. It’s no wonder, then, that Oliver was rumored to be something more than a regular chimpanzee. Darker tales suggested he just might have been the product of a human male and a female chimpanzee, or a male chimpanzee and a human female – a “humanzee,” as such totally theoretical creatures are known. On top of that, there were claims – that were never verified, it should be noted – that Oliver’s chromosome count was off: he allegedly had 47. Humans have 46 and chimpanzees have 48.

Were the stories of deranged cross-breeding true? Might Oliver have been from a completely different type of chimpanzee, one completely unknown to the world of science? Inquiring minds –in the fields of zoology, cryptozoology, and Bigfoot-seeking – wanted answers. Unfortunately, the answers were a long time coming, as Oliver’s next few years saw him languishing in obscurity and in what were hardly good circumstances. 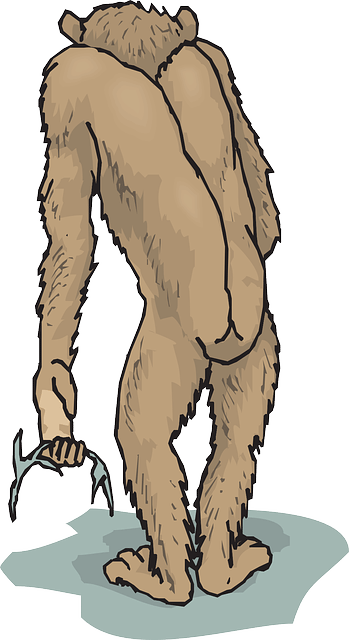 Fortunately, there was light at the end of the tunnel: in 1996, Oliver was transferred to the Primarily Primates sanctuary in Boerne, Texas. He lived there, contentedly, with a female chimpanzee. Her name was Raisin. Oliver died in June 2012. He was estimated to have been in his fifties at the time of his death. Although Oliver was cremated (his ashes were spread across the grounds of the sanctuary, meaning his corpse was not available for study), while he was still alive and vibrant he became the subject of a number of investigations to try and determine if he was just a regular chimpanzee, or if he was something more – or less.

It turned out that, contrary to the rumors, Oliver's chromosome count was absolutely normal for chimpanzees. Additional studies demonstrated that Oliver was not half-human. Or, indeed, half-anything: he was all chimpanzee. As for his odd physical appearance, primatologists said they saw nothing in Oliver that didn’t fall within the parameters of what one might encounter in chimpanzees. On the matter of Oliver walking upright, this was put down to “conditioning” during his early years on the road in Frank Burger’s traveling act. The mystery was solved.

Robots Will Either Kill, Enslave or Save Humans