Link Between Alien Contact Attempt and Ice Circles in Canada

On Saturday, March 3rd, two men armed with instructions on how to contact extraterrestrials and a protocol on what to do if they show up tried to contact aliens on the shore of a lake in Sicamous, British Columbia, Canada. After a few hours of meditating and watching, they left without a successful contact. Did they leave too soon?

On the morning of Sunday, March 4th, a woman walked to the very same lake and spotted a series of mysterious ice circles on the lake's frozen surface. Coincidence? Contact? Something else?

Let’s start with the location. Shuswap Lake is in south-central British Columbia, Canada, and is known for (among other things) its odd shape – the four fingers of the lake look like the letter H from the air. The name comes from the Shuswap or Secwepemc First Nations people and it’s now a popular recreational lake centered around the city of Salmon Arm, which gets ITS name from the fish and the lake’s appendage. Besides salmon and trout, Shuswap Lake is Like many other lakes, Shuswap Lake has a legendary 25-foot long monster known as the Shuswap Lake Monster or Shuswaggi. 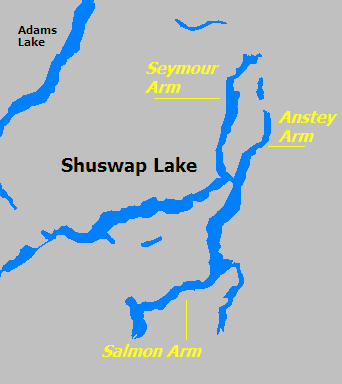 Does it also have close encounters of the third-thru-fifth kind? The Salmon Arm Observer reports that local (Sunnybrae) area resident Grace Edwards was walking on the lake shore in nearby Tappen when she spotted and photographed the ice circles on the frozen lake. These were not ice discs, which are circular pieces of ice formed in cold rivers as the chunks break off and are swirled and worn into circles. What Edwards saw were more like swirling patterns made in the ice – kind of like frozen crop circles. One thought is that they were made by spinning snowmobilers who someone managed to make perfect circles without leaving any other visible tracks. Another thought might be … 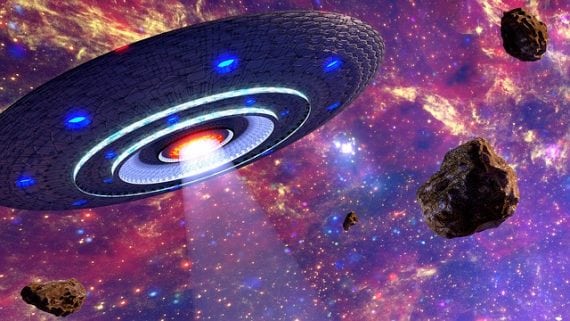 Grace Edwards’s photos (see here) were published by the Salmon Arm Observer and other local media, where they eventually were shown to Dan Berg (Berg? As in iceberg? Another coincidence?). Berg is the man who attempted to contact aliens on the night of March 3rd in Sicamous, another small town on Shuswap Lake. He told the Observer that he and a friend from Salmon Arm he met through SETI social media decided to celebrate International CE-5 day by conducting a Close Encounter of the Fifth Kind (direct communications with ETs) using the CE-5 protocol developed by Steven M. Greer of the Center for the Study of Extraterrestrial Intelligence (CSETI). For Berg, that was “meditation through consciousness.”

“In my meditation all I did was concentrate on the edge of the Rocky Mountains and Shuswap Lake for 40 minutes nonstop.” 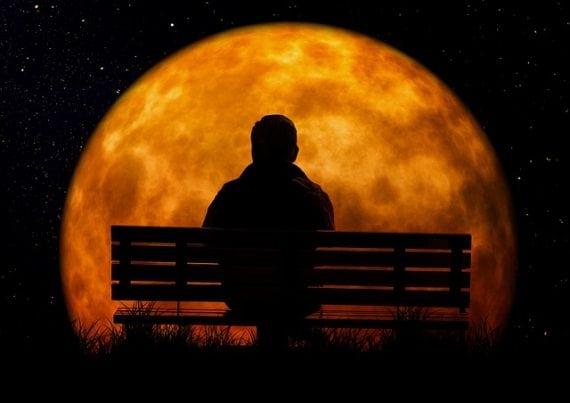 After scanning the skies and their minds for a few hours and seeing nor hearing nothing, Berg and his friend left and thought no more about the incident until someone showed the article about Edwards and the ice circles to Berg. What did he think now?

“I think it was kind of cool and kind of ironic that something as strange as those circles that no one has ever seen before showed up the night that we were out here.”

As with crop circles, the Shuswap Lake ice circles could be explained by humans making very precise patterns in the dark on snowmobiles. Possible? Yes, but the perfection leaves an opening. Is the lake's H pattern a beacon or marker for aliens? What about the Shuswaggi? Some crytozoologists believe these creatures are visitors from other planets.

Berg has piqued the interest of others and will probably have a crowd with him the next time he tries a CE-5. Let’s hope they bring cameras and a net for the Shuswaggi.