Men in Black: Self Aware Or Not?

Merriam-Webster.com defines self-awareness as: "An awareness of one's own personality or individuality." That certain applies to us. But, it may not apply to the Men in Black. Indeed, I have more than a few reports on file which suggest the MIB are completely lacking in self-awareness. But, how could that be? Let's take a look. First and foremost, it's important to note that the MIB are not regular people. They may well not be people at all. In fact, I seriously doubt they are. The Men in Black movie-trilogy presented the MIB as agents of government. They're not. The overwhelming majority of witnesses describe the MIB as looking very weird. They are pale, gaunt and cadaverous. They have bulging eyes that are semi-hidden by sunglasses. And they have the ability to control minds. But, there is something even stranger: it's that lack of full self-awareness.

Peter Beckman is a man who had an encounter with a pair of Men in Black in the late 1960s. It was a mind-bending experience which led Beckman to say the following of the MIB who appeared on his doorstep, late one night, in Carmichael, California. He says of the encounter, which involved a friend of his too, Stephen Leeson:

"They were pale and sickly; their clothes hung real loose and they looked as though they might expire at any moment. They appeared to have either trouble breathing, or trouble even being.  I don’t believe they said a thing. If they did, it has disappeared from memory. Very odd, indeed. I recall that, as I was waiting for them to speak, my mind was racing; should I try humor or invective?  My general impression is that they were kind of confused, but just ever so slightly amused by the situation. It was as though they were waiting for us to speak. Their physical attitudes seemed to be waiting for some sort of answer, although no questions were asked."

The entire affair seems to have been dominated by a degree of missing time and a sense of unreality. Indeed, both Peter and Stephen  were on mescaline at the time - and both experienced the MIBs in the very same way. All of this suggests an altered state and a connection between the mescaline and the Men in Black, who clearly didn't have full awareness of why they were there. Or even who or what they were. Curious, to say the least.

Film-maker Sean Kotz prepared a paper on the MIB for me a few years back. Its title: "Observations and Theories on the MIB Phenomenon." Sean wrote: "One of the things that makes the Man in Black phenomenon so fascinating is the general social oddity of encounters. In everything from displaced fashions, to mechanical grammar and outdated expressions, to trying to drink Jello or fixating on ash trays and ink pens, the MIB seem just a little off." Sean also said of the MIB: "They will stand or sit rigidly and seem unaware of social protocols, missing cues to sit down or relax." 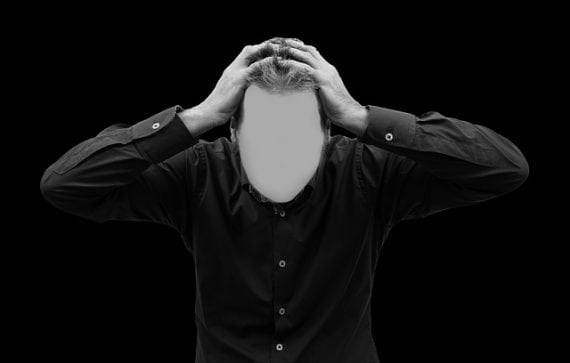 A few years back I interviewed a woman named Tina Vincent, who had an encounter with a Man in Black in the fall of 1989, while living in Minnesota at the time. After seeing a large, black, triangular-shaped UFO over her home late one night, Tina was soon visited by a tall and thin Man in Black. And, after knocking on her door very early the next morning, the MIB entered Tina's home and warned her not to talk about her sighting of the previous night. Notably, Tina said she got a feeling that the gruesome figure in black seemed to be speaking as if he had memorized the words. She felt that the MIB didn't actually know what it/he was saying. Rather, she explained, it was as if the words that came from the MIB's mouth had been carefully learned by an actor. The word "programmed" popped up in my interview with Tina.

When it comes to the Men in Black, cases like these abound. There is no doubt that, at times, the MIB struggle to get their words out. They lack a full awareness of what is going on around them. But, they are very good at issuing threats - as if, as Tina noted, they were working to some kind of programming. Biological robots? Something akin to "The Agents" in The Matrix movies? Or, something else entirely? There are few, if any, hard answers.