Monsters: The “Crossing the Road” Issue

On April 6, 2016, I wrote an article here at Mysterious Universe titled "UFOs: Extraterrestrial? Probably Not..." One of the reasons why I reached that conclusion was because of the obviously manipulative angle of the phenomenon. As I noted in the article: "There’s the nature of the entities themselves: they practically overemphasize who, or what, they claim to be. Take, for example, all those 'soil-sampling' aliens of the 1950s and 1960s. You know the ones: someone is working in their field, or driving down a stretch of road, when they encounter a couple of diminutive aliens collecting specimens of local plants, flowers, and vegetables. ET on a scientific mission, right? No, not in my view."

I continued in that same article: "We only have to take a careful look at such cases (and there are more than a few on record – here’s a link to a number of classic cases) to see that these 'incidents' are clearly stage-managed. It’s a game, a scenario that has nothing to do with real soil-sampling, but everything to do with trying to emphasize the ET meme. Are we to believe that, time and time again, aliens are so stupid that they can’t collect a few of those aforementioned samples without having their cover blown? Of course, they could easily avoid us! But, here’s the deal: they want to be seen. It’s not an accident. It’s carefully planned. And it’s designed to plant an image of 'ET scientists' in the mind(s) of the witness(es)." 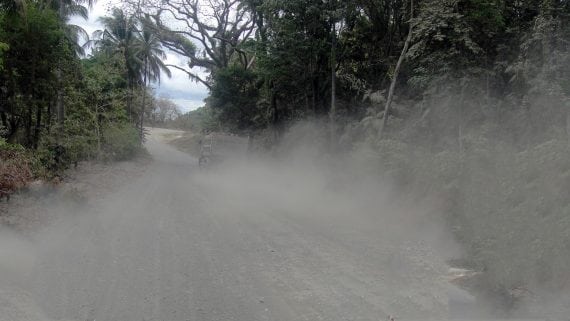 Something similar (but from a different angle) can be said about the field of Cryptozoology, the study of unknown animals. "Monsters," to many people. Whereas there was a time when "aliens" were always being seen sampling a bit of soil, so the likes of the Chupacabra, Bigfoot, lake-monsters, and Dog-Men just can't resist racing (or crawling) across the road when people just happen to be around. As with the soil-samplers, our monsters seem to need to be seen - and seen often.

On July 22, 1933, a Mr. and Mrs. Spicer were driving alongside Loch Ness, Scotland when - to their horror - they saw a large, wormy kind of creature making its awkward way across the road. They were shocked and terrified by the appearance and size of the beast. One year later, a motorcyclist and trainee veterinarian named Arthur Grant almost hit one of the Nessies, as he rode home in the early hours of the morning. Loch Ness is more than twenty miles in length and Grant just happened to be on the one stretch of road - and in the dead of night, no less - where a Nessie was roaming around on the road. Perfect timing! Or, maybe, suspicious and orchestrated timing. Moving on...

It was dusk, on a stiflingly hot, weekday night in Puerto Rico in August 1975. The atmosphere – as day began to surrender to nightfall – was as normal and tranquil as it had ever been. It wasn’t long, however, before normality and tranquility gave way to something hideous. As a woman named Norka drove through the El Yunque rain-forest, something suddenly surfaced from the huge, dense trees that stood proud and tall, like gigantic green curtains, and which dominated each side of the road. 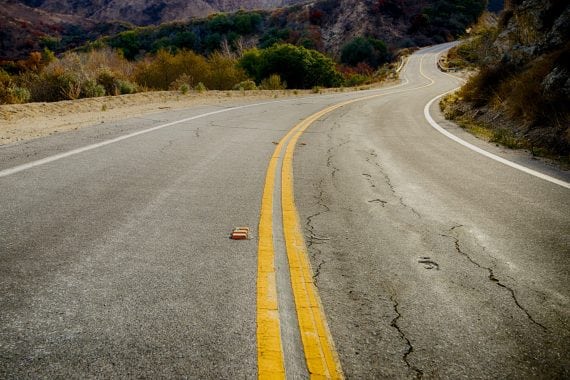 Doing barely twenty miles an hour to begin with, Norka was easily able to slow down as a curious beast loomed into view; something that, around two decades later, would become known as the Chupacabra. Norka said that only about twenty feet in front of her was the strangest, most terrifying animal it had ever been her misfortune to encounter. For all intents and purposes, it looked very much like a bat. Except, that is, for one astonishing thing: the abomination was around four to five feet in height. Not surprisingly, Norka could scarcely believe her eyes as the monster shuffled slowly across the road, its muscular legs taking slow but deliberate strides across the hot tarmac. It finally vanished from view, leaving Norka shocked. In 2004, for the Syfy Channel's short-lived Proof Positive show, Norka shared her story, with me asking some of the questions.

Now, let's take a look at the closest thing we have in the world today to werewolves: the Dog-Men, which have been the subject of many books by Linda Godfrey. The people behind the North American Dogman Project say: "Stoney Creek New York, Hadley Road area. Multiple dogman sightings encountered by a woman and her son. They were seen crossing the road a few feet in front of her car as she was driving from her house to the store. Dogman is black and estimate height is 8ft." I have more than a few such "road cases" concerning Dog-Men. And, it's no different when it comes to Bigfoot. 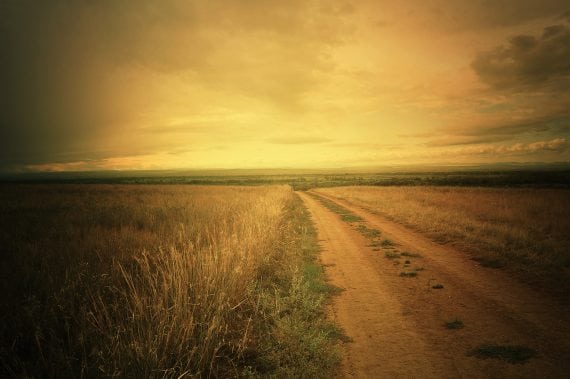 Check out this case, from August 1995, which is highlighted at the Squatchable site: "My wife and I saw a small childlike bigfoot while in South Carolina a year ago. It crossed the road in front of us, about 25 yards ahead of the car. It stopped in the middle of the road and looked at us,then it jumped to the other side into a swamp and was gone." I have literally dozens of Bigfoot cases on record where the creatures just happened to cross the road when someone was guaranteed to see them. Now, I'm not saying that the witnesses made the stories up. In fact, I don't think that at all. As I see it, and for reasons that we don't fully understand, these "things" have to be seen, in much the same way that soil-sampling "aliens" did decades ago.

Thought-forms that can't exist unless we believe in them? So, they have to ensure they are constantly seen? Maybe. Or, perhaps, there's something else going on: the Cosmic-Trickster. Are we, as John Keel famously suggested, simply being toyed with by some kind of mind-fucking, supernatural joker that enjoys plunging us into strange and almost unbelievable situations just for the sheer hell of it? Who knows?

All I can say for sure is that I have a feeling that these events do not occur randomly. There is method to the madness. These things want to be seen. They make sure they are seen. But, to paraphrase the character, Alexander Leek, in the 2002 movie The Mothman Prophecies, we're not permitted to know why.